It's faster and more secure, but you'll have to wait for the "Collections" feature.
D. Hardawar|01.15.20
@devindra

As promised, Microsoft is officially releasing its Chromium-based Edge browser today, which is powered by the same engine that's behind Google Chrome. Windows and Mac users can download and install the update manually, and automatic updates will start rolling out for Windows users next week. IT admins can rest easy though, as Microsoft isn't automatically upgrading commercial customers through Windows Update.

As we've covered in earlier previews of the next-generation Edge browser, you can look forward to significantly faster browsing performance, better overall security, and a slew of helpful new features, like an Internet Explorer mode for compatibility with older web apps. Collections, a feature that lets you gather information from web pages and organize them into easily shareable documents, unfortunately won't be available for the Edge relaunch, but the company says it'll likely be ready in six to eight weeks. (You can still test that out in the Edge beta channel.)

When Microsoft initially launched Edge with Windows 10, it poured plenty of resources into building up its own EdgeHTML browser framework. But the company simply couldn't compete with Google Chrome's dominance, and in 2018 it announced a move towards the open source Chromium engine. From Microsoft's viewpoint, it makes sense, since a better core engine means it can devote more time to unique features. And of course, having a fast and stable browser built into Windows means fewer people would immediately jump to Chrome. Naturally, Mozilla, the organization behind the Firefox browser (and the only other mainstream Chrome competitor) was disappointed by Microsoft's decision.

"I think we took an opportunity to take a step back to say, how is our compatibility being achieved? How many resources are being spent on that, versus the resources being invested to make the web itself better?," Kevin Gallo, corporate vice president of the Windows Development Platform, told Engadget during last year's Build conference. "We felt at some point it was a better investment for us to contribute to one engine, in the open... And then the value proposition is that all the browsers on Windows get better." 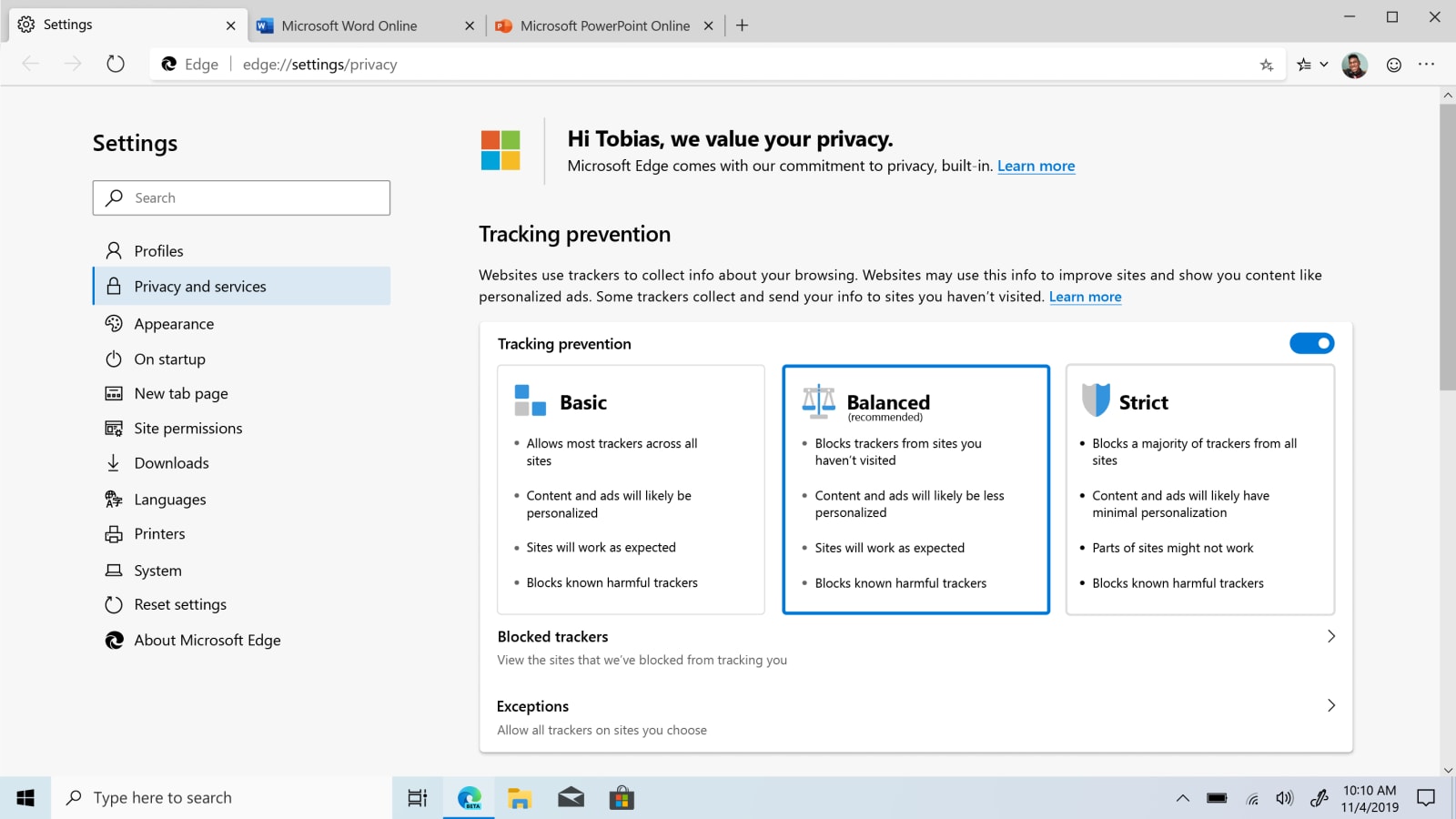 I've been using the new Edge browser since last April, and while I'm also disappointed to see Microsoft cede more control of the web to Google, I can't deny that it's a far better experience than before. The revamped browser is fast and easy to use; I rarely run into compatibility issues with websites (since everyone tends to build for Chrome); and I found its privacy settings to be a big step forward for average consumers. It was also surprisingly easy to set up the final Chromium Edge build -- after it installed, it simply carried over my existing bookmarks and settings, and then it asked me to choose a homepage style. (You can opt from something simple with a bare Bing search engine; a more stylish view with photos; or a page filled with news.)

As someone who's wrestled with Microsoft browsers after a decade in IT, it's a bit odd to see the company release something that's genuinely great on every level. For once, I don't have to tell Windows users to immediately upgrade to Chrome or Firefox.