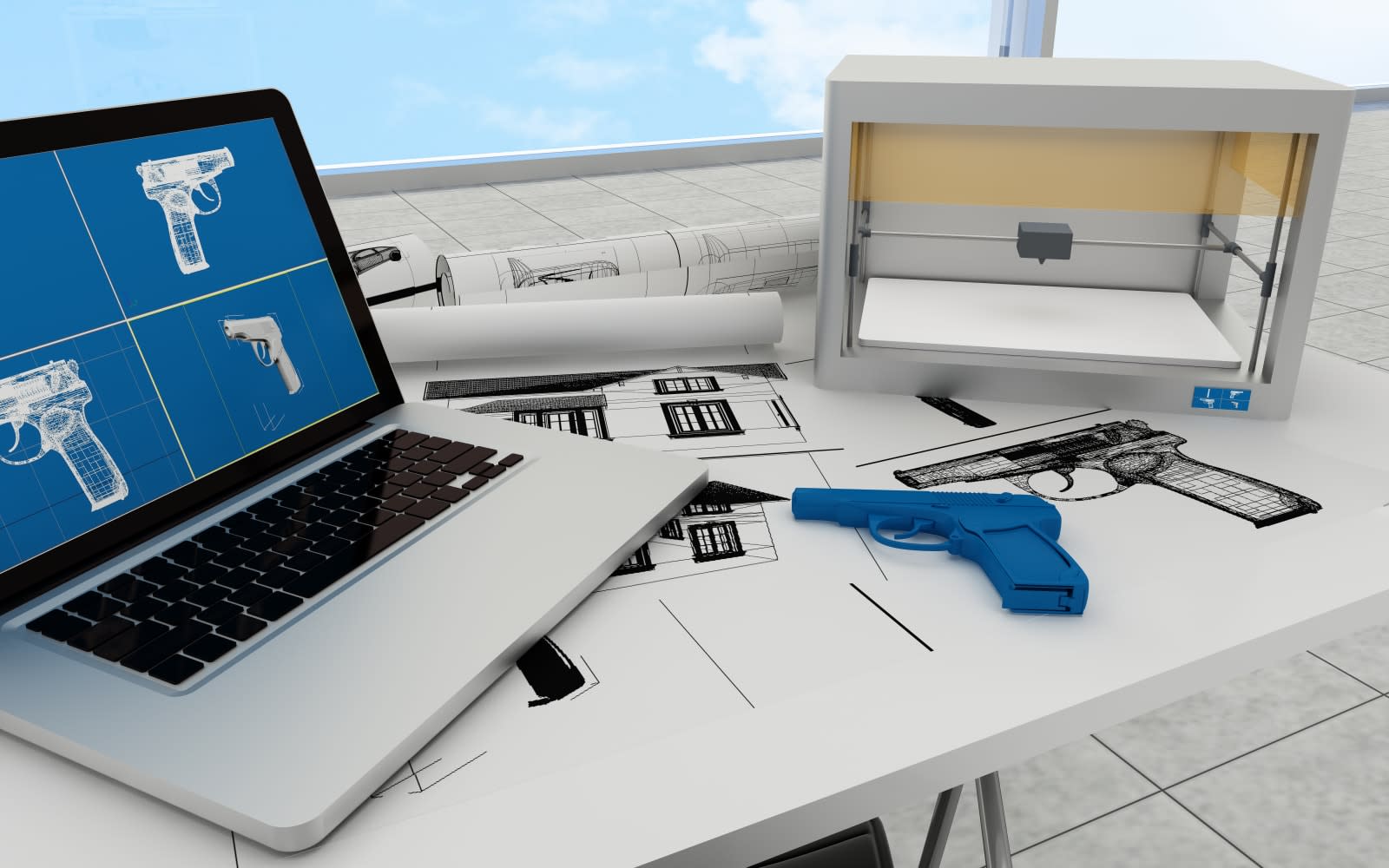 The fight over 3D-printed guns has gone back and forth for years. One side wins, the other appeals and so on. Now, 21 US attorneys general are banding together to renew the fight and sue the Trump administration. Their lawsuit, submitted Thursday, challenges new federal regulations that could, once again, allow blueprints for making 3D-printed guns to be posted on the internet.

The 3D-printed weapons are also known as "ghost guns" because they don't contain registration numbers that could be used to trace them. Opponents fear that if blueprints are shared online, criminals who aren't legally allowed to purchase firearms, might be able to obtain the so-called ghost guns.

The battle over 3D-printed guns began in 2013, when the Texas-based company Defense Distributed posted blueprints for a 3D-printed pistol. More than 100,000 copies were downloaded before the US State Department stepped in, ruling that Defense Distributed was violating International Traffic in Arms Regulations.

Defense Distributed countered that it had a First Amendment right to post the blueprints online. For a few years, the case bounced between a Texas district court, a US Court of Appeals (both of which denied Defense Distributed's injunction request) and the Supreme Court (which declined to hear the case). That could have been the end, but in 2018, under the Trump administration, the US State Department and Defense Distributed reached a settlement, which allowed Defense Distributed to continue sharing its firearm files.

But the debate was far from over. States quickly joined together to sue the Trump administration, arguing that the settlement violated the Administrative Procedure Act and the Tenth Amendment. There was a temporary ban on 3D-printed firearms, then an extension. Meanwhile Defense Distributed used a loophole to share the blueprints with private customers. In November, a Seattle judge overturned the settlement between Defense Distributed and the US State Department because it failed to give a proper explanation and thus violated the federal Administrative Procedure Act.

Apparently not ready to give up, yesterday, the Trump administration finalized new rules that transfer the regulation of 3D-printed guns from the Department of State to the Department of Commerce. According to a press release shared by New York AG Letitia James, "loopholes in Commerce regulations mean the agency will lack the power to regulate 3D-printed guns in any meaningful way -- effectively allowing their unlimited distribution."

In the lawsuit filed yesterday, the AGs argue that the new rules are unlawful. At this point, it's hard to say if this legislation will be any more successful than the last.

In this article: 3d printed, 3d-printed guns, attorneys general, commerce department, firearms, gear, ghost guns, guns, lawsuit, politics, Trump Administration
All products recommended by Engadget are selected by our editorial team, independent of our parent company. Some of our stories include affiliate links. If you buy something through one of these links, we may earn an affiliate commission.