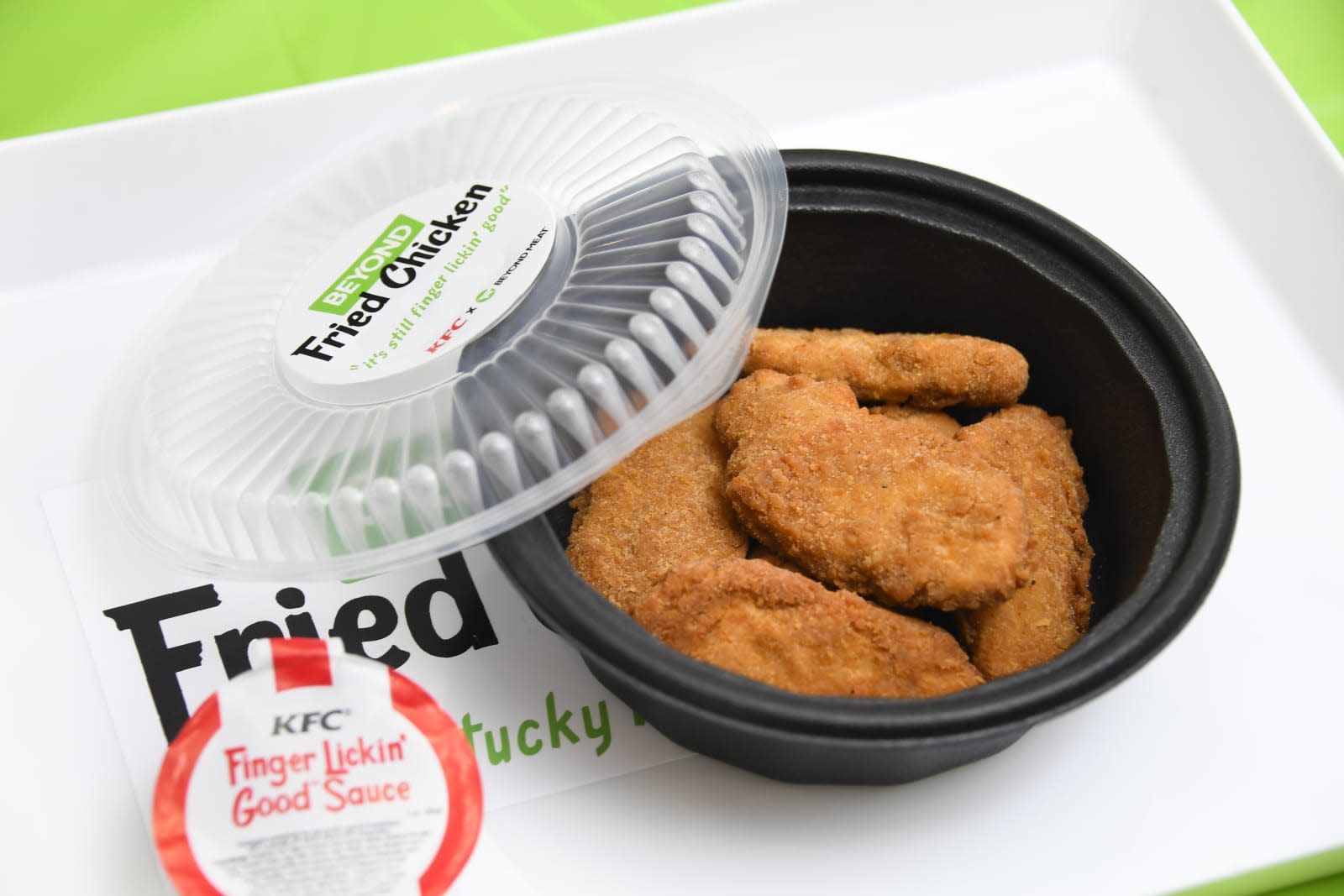 You knew KFC would expand its test of plant-based "chicken" when the Atlanta pilot sold out in five hours, and that expansion is close at hand. The fast food chain has announced that it'll widen the Beyond Fried Chicken test to restaurants in the Charlotte and Nashville areas between February 3rd and February 23rd "while supplies last." Charlotte-area residents can expect the meat substitutes at 19 locations in both Charlotte proper and surrounding towns like Denver and Salisbury, while people in the Nashville region can visit no less than 47 restaurants, most of them in surrounding cities.

The much wider experiment could serve as a more important test. The Atlanta test was helped in part by the exclusivity of having to visit one restaurant for a short period of time. This will show whether there's still demand when curious eaters are under less pressure. KFC hasn't said what happens if the Charlotte and Nashville tests prove successful, though it would make a stronger case for a national rollout.

Not everything is going well for Beyond Meat, however. Canadian restaurant chain Tim Hortons has stopped selling Beyond Burgers and a Beyond Meat sausage breakfast sandwich in the provinces of Ontario and British Columbia. The company downplayed the move by characterizing the Beyond Meat menu as a "limited time offer" and hinted that it might revive the options "in the future," but there's no question that it was scaling back. While the veggie options debuted in close to 4,000 locations nationwide in June, Tim Hortons dropped them in most other provinces in September.

It's a rare setback for Beyond Meat, which hasn't had many problems landing deals in the US or Canada. Canadians might not call it surprising, mind you. While Tim Hortons has a varied menu, its sales are dominated by coffee and donuts -- it's not going to be your first choice for plant-based protein. As popular as meat alternatives have been, this suggests they're not guaranteed to succeed at every chain.

In this article: beyond chicken, beyond meat, charlotte, food, food and drink, food-and-drink, foodanddrink, kentucky fried chicken, kfc, nashville, plant-based meat, restaurant, tim hortons, tomorrow, vegetarian, gear
All products recommended by Engadget are selected by our editorial team, independent of our parent company. Some of our stories include affiliate links. If you buy something through one of these links, we may earn an affiliate commission.