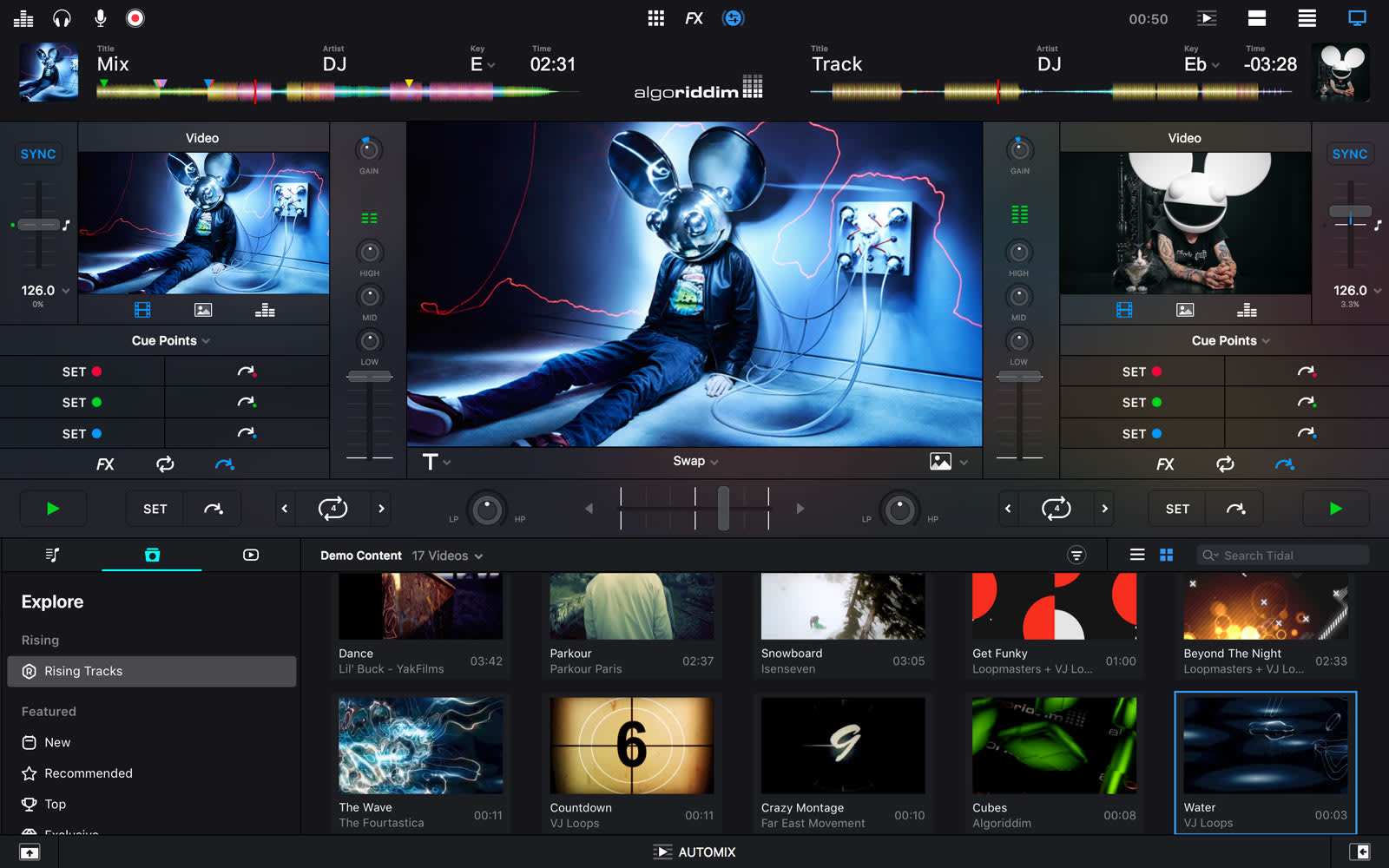 Streaming has changed how most people consume music and DJ apps are no exception. Today, Algoriddim announced the addition of both Tidal and SoundCloud streaming services to its djay app. Along with the existing Spotify integration, this makes for a truly comprehensive lineup of services. You'll need djay for iOS or djay Pro to get started, but SoundCloud Go+ or Tidal Premium/HiFi accounts will also be necessary to access those vast streaming libraries. Both Serato DJ and Rekordbox already offer access to some of those, but there are a few key features to djay's recent additions worth noting.

First off, Algoriddim's partnership with SoundCloud here includes free access to featured content without requiring a login for the service. And unlike some other platforms, we're told you can create playlists with both Tidal and SoundCloud tracks alongside your music library. Sure, you'll need to be online for this to work, but it's a great step forward. There still isn't support for offline playback on either of the services due to licensing, so your WiFi should be reliable if you're digging into those virtual streaming crates for your set. As with most DJ apps, though, the tracks will be cached while playing so there shouldn't be any mid-track drop outs if your connection falters.

As for extending some of its built-in features to these streaming add-ons, Algoriddim has opened up djay's Match feature to SoundCloud, helping you discover new tracks that will work with your style. On Tidal's side of the coin: the AI-powered Automix feature will work with this service in case you want to step away from the decks for a bit without stopping the party.

If you've been taking advantage of djay's video mixing panel, you'll be pleasantly surprised to know that Tidal's video streaming is also available to you -- even on a mobile device. It's a lot of work to juggle music and video mixing at the same time, but if you've honed your skills, this can up your game and give you loads of fresh content to work with. Although, one of the other additions to djay may help lighten the load.

Ableton Link is now available for djay, which lets you time-sync with other enabled devices on the same network. This could be great for overlaying a DJ set with additional instrumentation while keeping the beats in lockstep. It also means a DJ and VJ both using the djay app on separate devices could work together for an enhanced audio/visual presentation.

In this article: av, business, entertainment, gadgetry, gadgets, gear, mobile
All products recommended by Engadget are selected by our editorial team, independent of our parent company. Some of our stories include affiliate links. If you buy something through one of these links, we may earn an affiliate commission.