The tech giant posted the LED case on its German website and quickly took it down.

Samsung has posted a phone accessory on its German website that pretty much confirms its upcoming flagship's official name. German publication WinFuture has spotted a hard-cover LED case for what's clearly marked as the Galaxy S20 device. Rumors that the tech giant's next flagship will be called the "S20" instead of the "S11" started going around way back in December. While Samsung has already pulled down the product page for the accessory, this pretty much confirms its next flagship phone's name.

Oh, and if you're curious about the case itself, it looks just like the company's current LED cases that light up when a notification comes in: 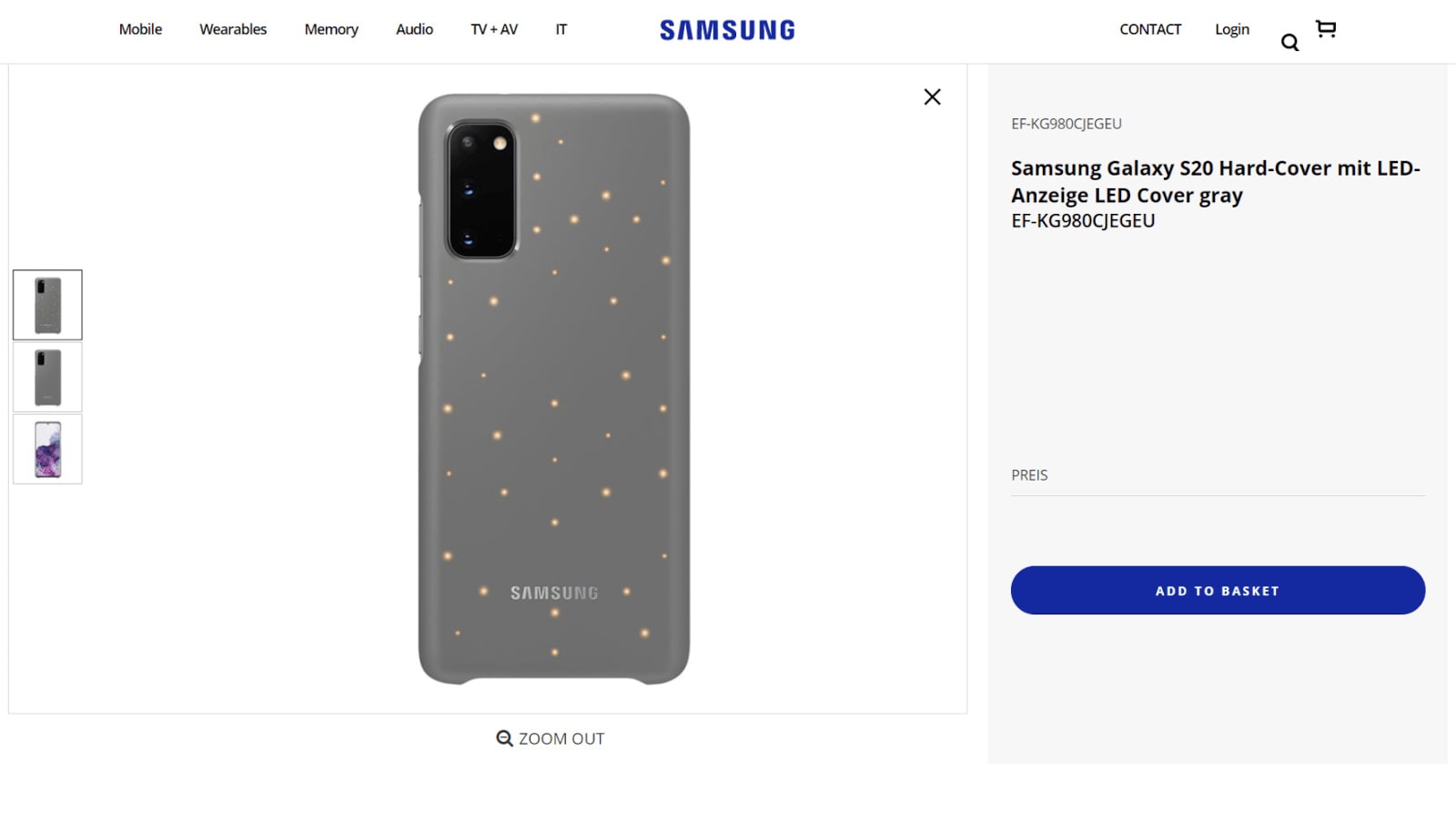 Ice Universe, the same Samsung leaker behind the "S20" rumors in December, also tweeted a photo of what he's calling the "S20 Ultra." Previous reports say the Ultra will be equipped with the most advanced camera technology in the line, including a 108-megapixel sensor.

You probably know most of the devices Samsung is unveiling at its February 11th Unpacked event at this point. The company has also recently published an iOS app page confirming the existence of the Galaxy Buds+, and its South Korean website posted that the Galaxy Home Mini speaker will be out on February 12th. In addition, it may also introduce its new foldable phone, the Galaxy Z Flip, at the event.