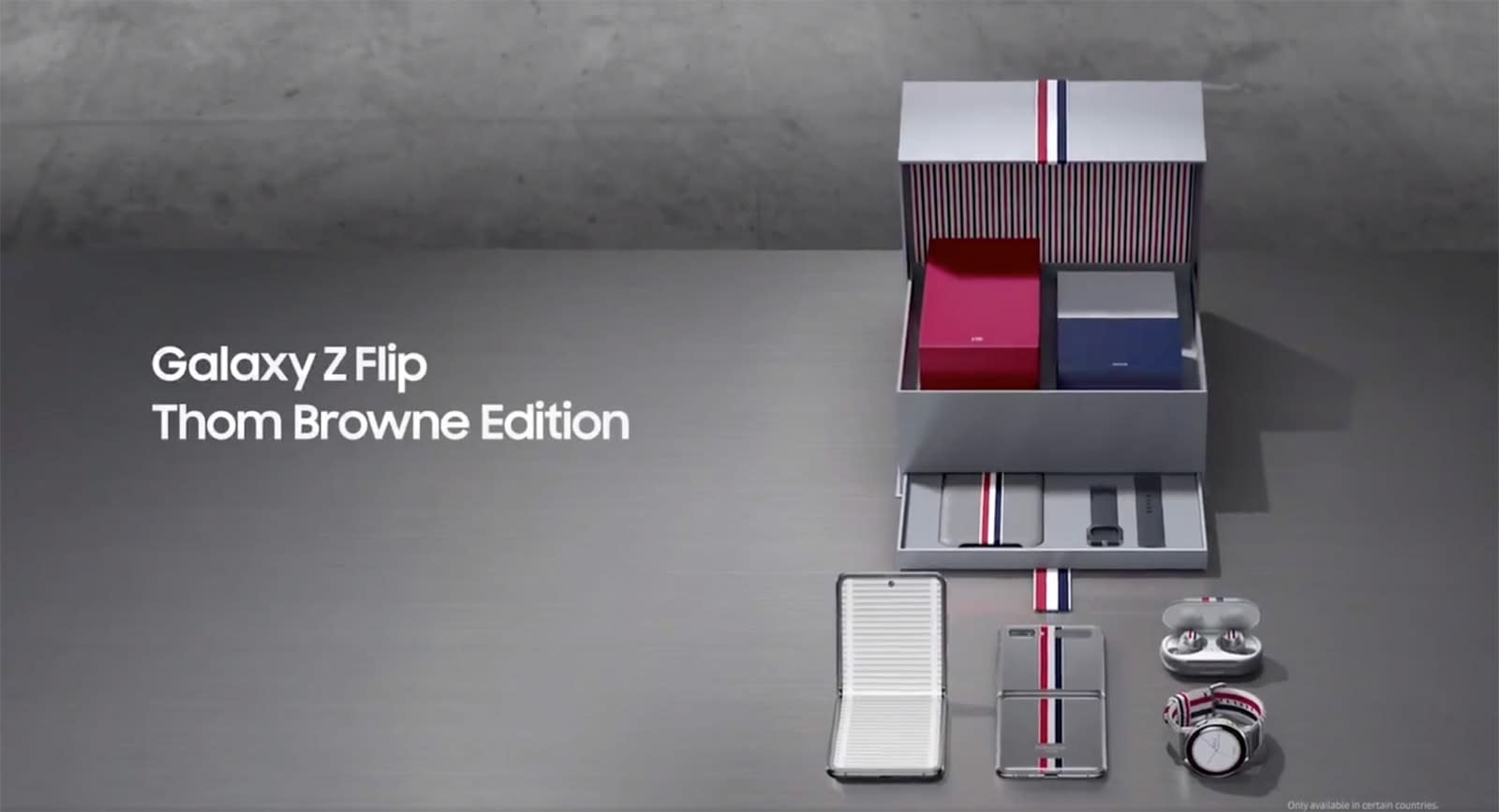 At this rate, there will be very little mystery left when Samsung takes the stage at its Unpacked event on February 11th. WalkingCat, normally known for Windows leaks, has posted a leaked promo video for the previously teased Thom Browne Edition of the Galaxy Z Flip. The fashion-oriented foldable is, apparently, all about Thom Browne's signature stripes. The phone, its case, and bundled versions of the Galaxy Buds+ and Galaxy Watch Active 2 all have hard-to-miss red, white and blue bars on top of a silver background.

It's not certain just where the Thom Browne model will sell besides "certain countries," but it could make an already expensive phone (reportedly close to $1,500) that much costlier. Reports have claimed this variant will cost upward of 3 million won in South Korea, or about $2,500 -- you'll have to be very, very committed to stylish tech to pick this up.

This isn't even the only big last-minute leak. WinFuture's Roland Quandt managed to buy the Galaxy Buds+ in advance and posted a lengthy hands-on video for the true wireless earbuds. He found them to be a "decent upgrade" overall, with a clear improvement in battery life -- he had half a charge left after roughly 3.5 hours of "loud punk rock." While the lack of active noise cancellation won't make AirPods Pro or WF-1000XM3 owners envious, Samsung's updated buds appear to address some of the complaints from the originals.

In this article: android, foldable, foldable phone, galaxy buds+, galaxy watch active 2, galaxy z flip, gear, mobile, samsung, smartphone, thom browne, video, wearables
All products recommended by Engadget are selected by our editorial team, independent of our parent company. Some of our stories include affiliate links. If you buy something through one of these links, we may earn an affiliate commission.