The company says it made changes to audio quality and added a Spotify button.

Samsung scooped itself a few times ahead of today's Galaxy Unpacked event. One of the devices it prematurely revealed was a revamped version of its true wireless earbuds: the Galaxy Buds+. The company even posted the companion app for the audio accessory a week before the official announcement. While the Galaxy Buds+ look very similar to the original model, that's okay. The overall design was one of the best aspects of Samsung's 2019 earbuds. A small pill-shaped charging case holds the buds and touch controls on the outside of each one are still there for quick adjustments.

Those on-board controls still handle play/pause, skipping tracks and volume, but there's now a dedicated one-touch shortcut for Spotify. It's unclear if you can reassign that function, but given that Samsung has been in cahoots with the streaming service for a while now, it wouldn't be a surprise if it was locked in.

The biggest change on the Galaxy Buds+ is battery life. While the original Galaxy Buds could manage just under six hours on a charge, Samsung says this new version will last up to 11 hours. Unfortunately, there's only one additional charge in the case, but a retooled quick-charge feature will give you an hour of listening time in three minutes. And yes, the case still has wireless charging capabilities and it still charges on the back of equipped Galaxy phones (including the S20 range). 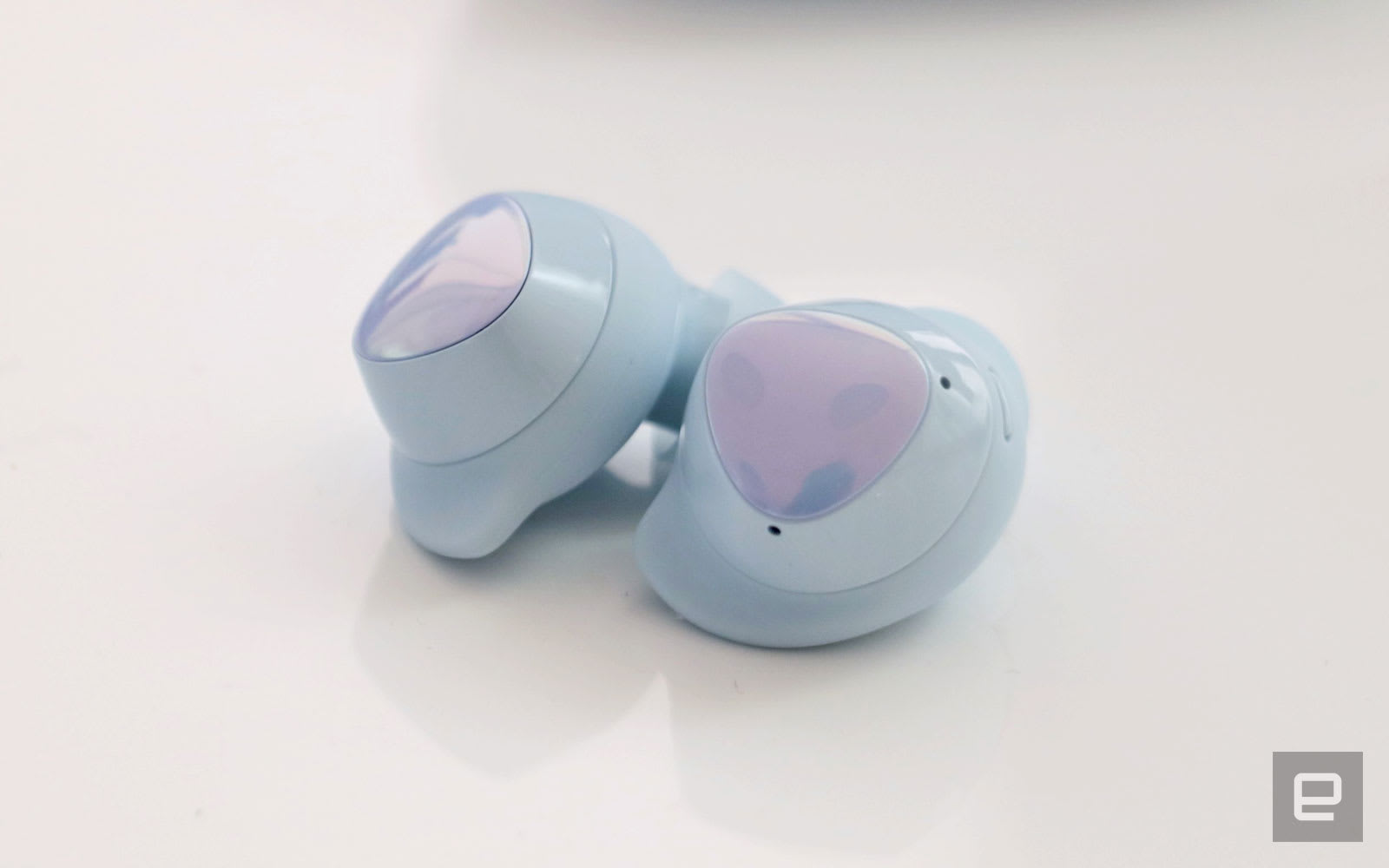 After hyping the Galaxy Buds' performance for voice calls, the results were disappointing during my review. They were just... fine. Samsung is clearly trying to improve that aspect as it added a second external microphone on the Galaxy Buds+. We'll have to wait for our review unit to confirm if this makes a difference. Audio quality wasn't great on that first set either, but the company says the Galaxy Buds+ have "best in class audio quality." Again, something we'll put to the test, but Samsung did opt for "2-way dynamic" speakers this time around. On paper, that's an improvement from the "1-way dynamic" speakers on the previous model.

True to the rumors, the Galaxy Buds+ still lack active noise cancellation (ANC). However, if Samsung managed to improve battery life, sound quality and call audio -- all while keeping the price relatively low -- this new accessory could be a contender. The Galaxy Buds+ will be available February 14th in white, black, red and blue via Samsung's website for $149.99 -- $20 more than the Galaxy Buds. You can pre-order now. The earbuds will be available from other retailers in March.