Nikon has officially unveiled its professional D6 DSLR and revealed the price and release date, after first teasing the camera in September. As expected, the emphasis is on speed and autofocus accuracy, though it falls short of its primary rival, Canon's 1DX Mark III, in terms of video.

The D6 still packs a 20.8-megapixel full-frame (FX) sensor, but now has a much faster Expeed 6 processor. As such, burst shooting is boosted to 14 fps (up from 12 fps on the D5) with the mechanical shutter and 10.5 fps with the silent shooting electronic shutter in live view mode. If that won't do, you can capture 8-megapixel stills at 30 fps and 2-megapixel stills at 60 fps. By comparison, Canon's new 1DX Mark III can shoot at 16 fps with the mechanical shutter, or 20 fps in electronic shutter mode at full resolution. 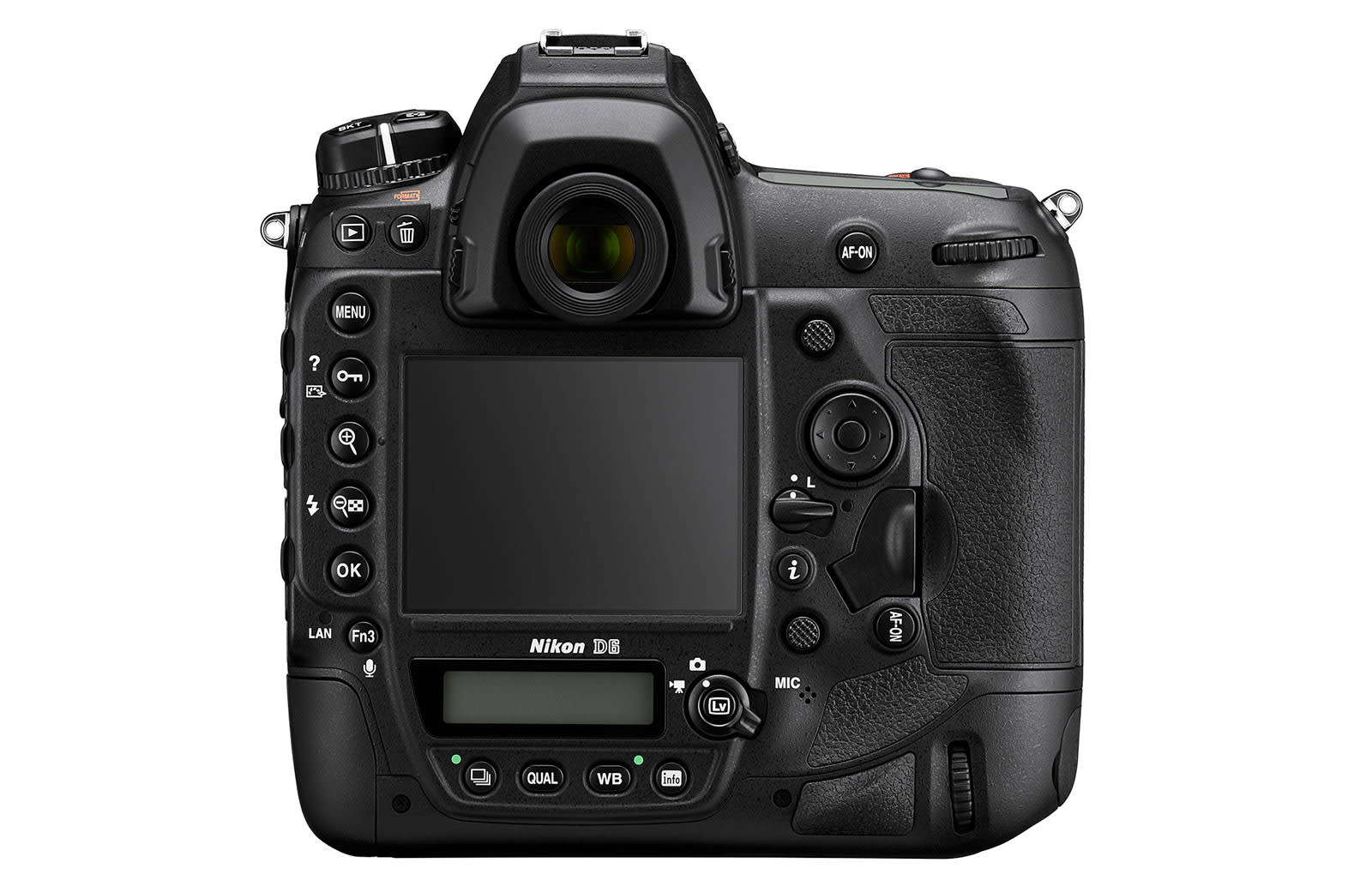 Nikon reduced the number of autofocus points from 153 to 105, but made them all selectable and cross-type. That makes for 60 percent more autofocus coverage, the company said. It also improved low-light autofocus capability down to -4.5 EV for the center point, or -4 EV for the other points. Meanwhile, standard native ISO range still goes from 100 to 102,400.

On the video side, the D6 is still limited to 4K shooting at 30 fps. While that spec was good when the D5 came out in 2016, Canon's 1DX III has trumped it massively with 12-bit 5.5K RAW video shooting, or 4K 10-bit at 60 fps. Video has never been an important market for this type of camera, but Canon is clearly trying to change that.

Like its 1DX III rival, the D6 will pack dual XQD/CFExpress memory card slots, doing away with the Compact Flash media Nikon's pro DSLRs have used until now. The D6 also has a gigabit ethernet port for tethered shooting. The D6 is arriving in April of 2020, just in time for the 2020 Tokyo Olympic games, at a suggested retail price of $6,500.