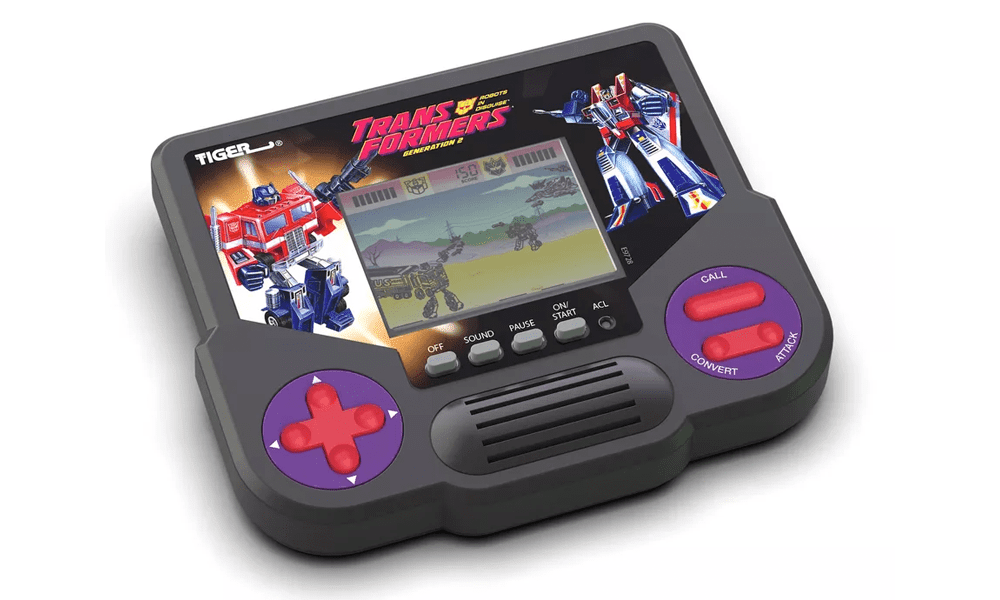 A few years ago, Bandai revived its line of Tamagotchi virtual pets. The new versions of the toy were smaller than the originals from the '90s and had fewer features. They must have sold pretty well, though, since the company followed those up with full-sized reissues of both first- and second-generation Tamagotchis. According to The Verge, Hasbro is banking on '90s nostalgia, too, and will reintroduce the then-ubiquitous Tiger Electronics LCD handhelds.

The affordable games took cues from Nintendo's Game & Watch portables, featuring one title per device and a simple form of gameplay. The big reason for their success -- and what Hasbro is likely hoping to still be a selling point -- was that they were based on popular console and arcade games like Mega Man and Ninja Gaiden, as well as movies and TV shows like 101 Dalmations and Beavis and Butthead.

Hasbro will release four LCD games this fall -- The Little Mermaid, Sonic the Hedgehog 3, Transformers: Generation 2 and X-Men Project X. The company says that the games are "inspired" by their original counterparts, so there may be some changes to their design and functionality. A rechargeable battery isn't one of them, though -- each will still need two AAs to run, and they're not included with the games.

Thanks to their poorly-aged graphics and simple gameplay, these probably won't appeal to kids -- especially if they already have a Nintendo Switch or iPad to play with. It's more likely that '80s babies will get a kick out of seeing them again, and either purchase them on impulse -- they'll cost $14.99 each -- or as a fun gift for like-minded friends.

In this article: 1990s, 90s, av, gadgetry, gadgets, gaming, gear, hasbro, lcd games, Nostalgia, sonic the hedgehog, sonic the hedgehog 3, the little mermaid, tiger electronics, tiger lcd games, toy fair 2020, toyfair2020, transformers, transformers: generation 2, x-men, x-men project x
All products recommended by Engadget are selected by our editorial team, independent of our parent company. Some of our stories include affiliate links. If you buy something through one of these links, we may earn an affiliate commission.