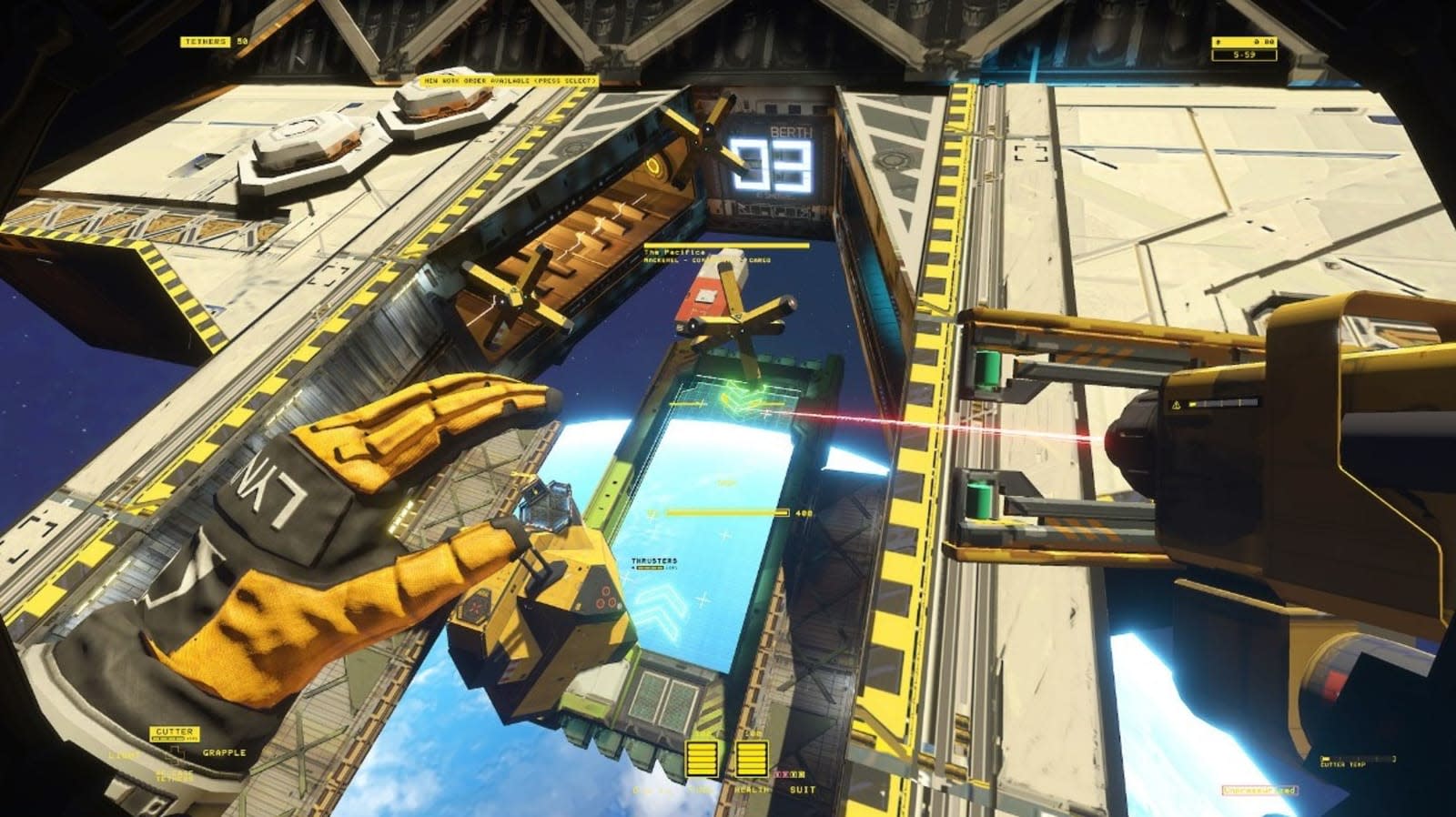 Considering the huge variety of high-octane video games there are available, it's always something of a surprise when those involving fairly menial tasks --farming, for example -- perform so well. But what about menial tasks... in space? Surely that's just the right balance of excitement and the mundane? Blackbird Interactive -- the studio behind Homeworld: Deserts of Kharak – seems to think so.

Its newest game, Hardspace: Shipbreaker, sees players take on the role of a blue collar space ship salvager. You owe a nefarious megacorp called Lynx about a billion credits, so you spend your days stripping down decommissioned ships for parts, bidding on salvage jobs and hunting out valuable materials in a bid to clear your debt. There's more to it than simply smashing and grabbing, though. You'll have to be careful about where you start slicing and dicing (with your plasma beam) because, well, this is space, so at any point you could get sucked out into the abyss, or start an explosion. Don't worry, though, if you die Lynx will just resurrect you and stick the cost on your mounting debt.

So it's a methodical game that brings with it the relaxing aspects of repetitive and visually-satisfying tasks, but also... danger -- and intrigue, too. You'll be left wondering exactly what Lynx is up to, questioning whether you'll ever get out debt, and what will happen to you if you do. Hardspace: Shipbreaker will arrive on Steam Early Access sometime this summer.

In this article: av, Blackbird Interactive, first person, gaming, Hardspace: Shipbreaker, salvaging, ship, space
All products recommended by Engadget are selected by our editorial team, independent of our parent company. Some of our stories include affiliate links. If you buy something through one of these links, we may earn an affiliate commission.