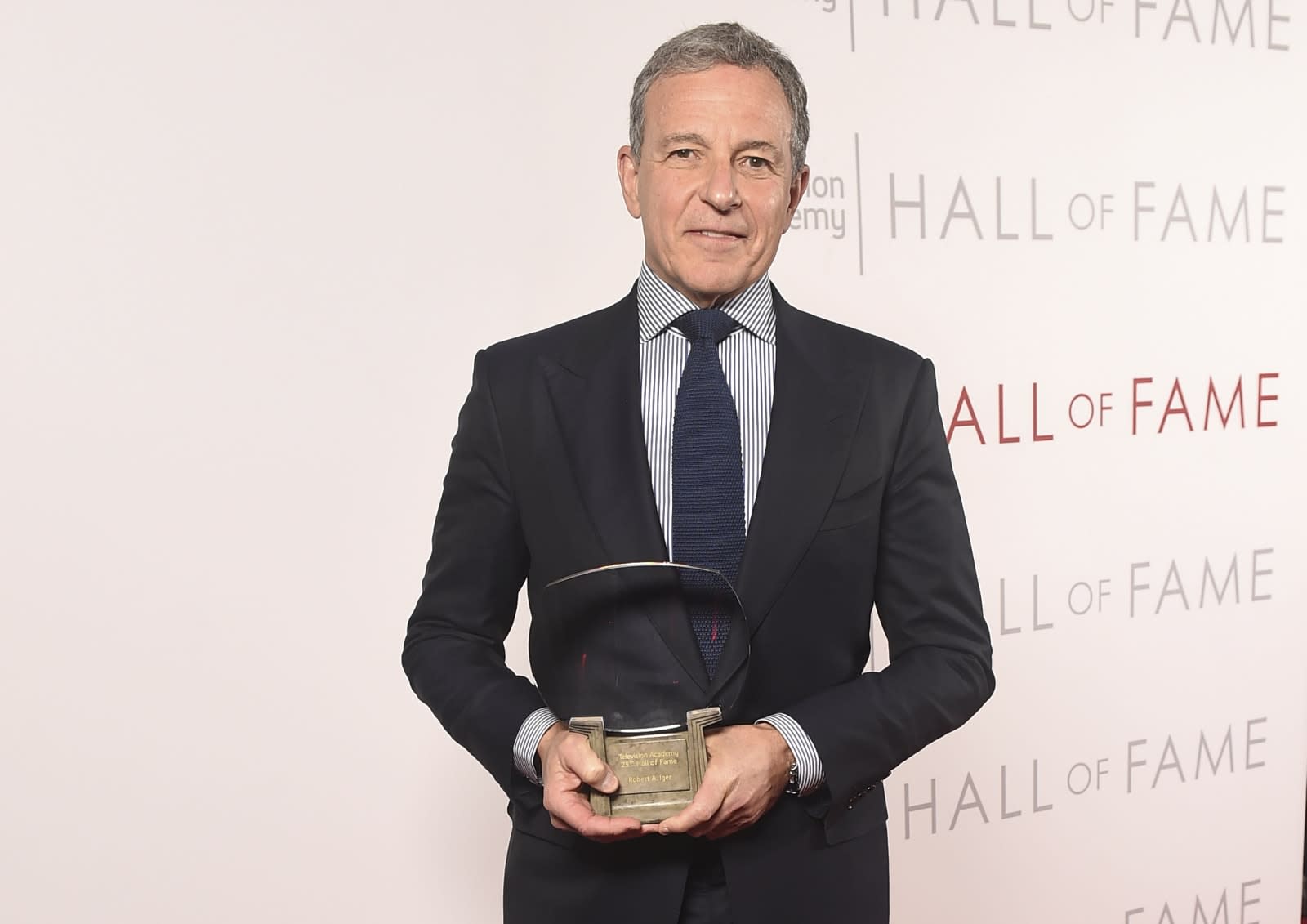 After guiding Disney through the acquisition of Fox and launching its direct-to-consumer efforts that center around Disney+, ESPN+ and Hulu, CEO Bob Iger is stepping down from his post. "Effective immediately," former Disney Parks Chairman Bob Chapek is taking over and will report to Iger while he serves as executive chairman and leads "creative endeavors" through the end of his contract next year.

In a statement announcing the move, Iger said ""With the successful launch of Disney's direct-to-consumer businesses and the integration of Twenty-First Century Fox well underway, I believe this is the optimal time to transition to a new CEO."

As far as Chapek's experience, he's worked there for more than two decades, and the press release notes that he spearheaded the infamous "Disney Vault" strategy for handling its iconic films as they were released for home viewing on VHS, DVD and Blu-ray.

Asked on a call with investors about the timing of the move, Iger said that it made sense to turn over day-to-day management of the company to Chapek so that he can use his remaining time to focus on creative aspects of the company. According to him, the move wasn't accelerated "for any particular reason."

With Chapek continuing to report to Iger, it doesn't seem like things materially change at Disney much right now, but the move is announced right after the company revealed Disney+ has already grown to over 26 million subscribers. It's also preparing to launch widely in Europe, and we're still months out from the arrival of The Mandalorian season two and tons of Baby Yoda merchandise.

In this article: Bob Chapek, Bob Iger, business, CEO, Disney, Disney Plus, entertainment, ESPN Plus, Hulu
All products recommended by Engadget are selected by our editorial team, independent of our parent company. Some of our stories include affiliate links. If you buy something through one of these links, we may earn an affiliate commission.