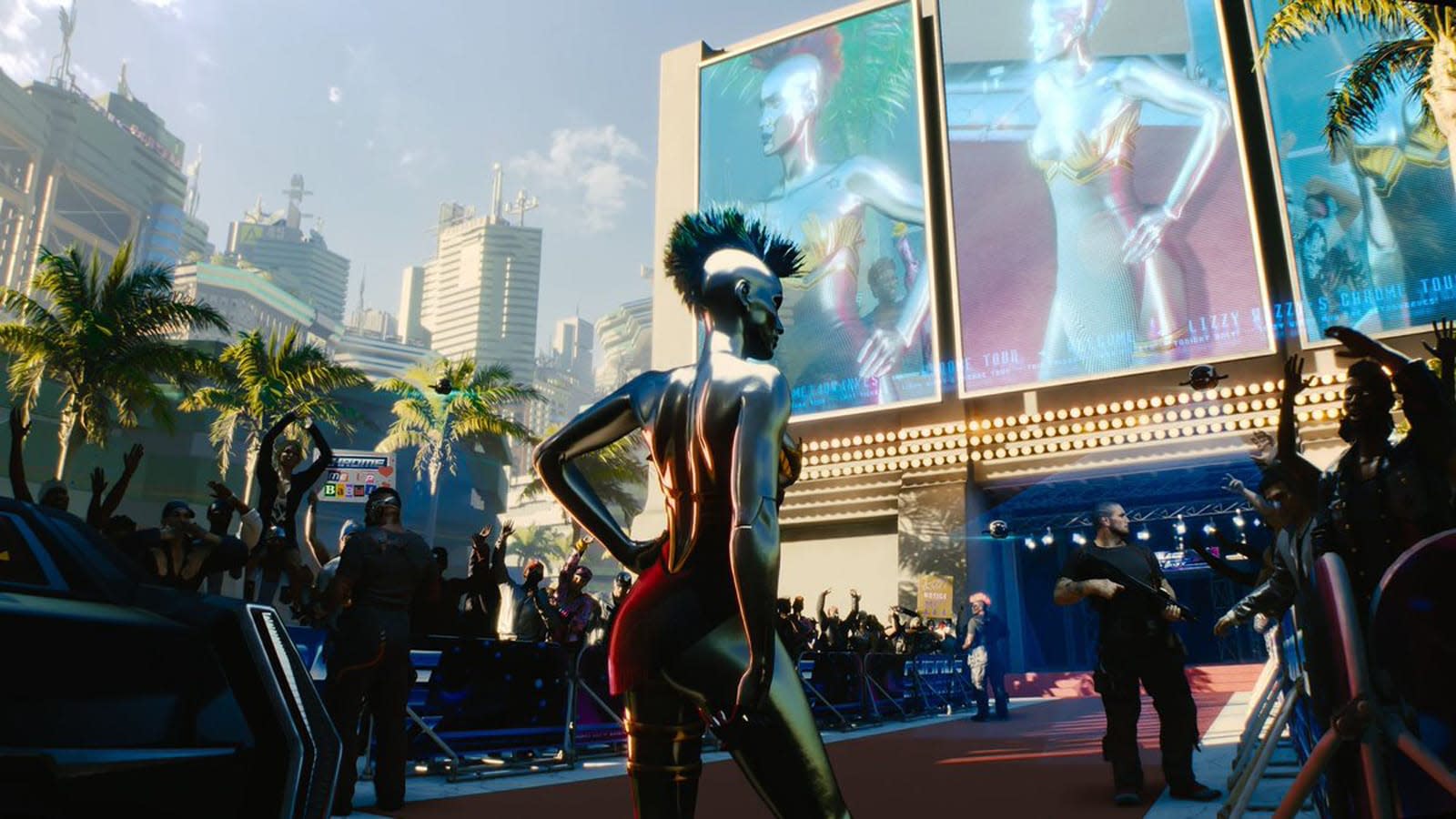 Keanu Reeves might not be the only recognizable face to have a substantial presence in Cyberpunk 2077. Grimes, who's also on the soundtrack, recently held a livestream (since pulled) where she shared details of an in-game character she'd previously only teased. Appropriately, it's an iconoclastic musician with a 'colorful' history. You might want to skip the next paragraph if you're eager to avoid spoilers or sensitive to talk of self-harm.

Grimes (aka Claire Boucher) said she plays Lizzy Wizzy, a pop star who killed herself on stage -- doctors performed "emergency surgery" to replace her whole body with cybernetics, and she went on to continue the gig and her career as a cyborg. It's one of the "greatest pieces of performance art ever made," Grimes said.

It's unclear if other celebrities will have a substantial presence in the game. However, Grimes' appearance suggests that CD Projekt Red's move to recruit Keanu was really just part of a larger strategy to put well-known faces into the game. We wouldn't expect to see a deluge of actors and artists, but we wouldn't be surprised, either.

In this article: av, cd projekt red, claire boucher, cyberpunk 2077, games, gaming, grimes, personal computing, personalcomputing, video games
All products recommended by Engadget are selected by our editorial team, independent of our parent company. Some of our stories include affiliate links. If you buy something through one of these links, we may earn an affiliate commission.