The thunk-whumma-whumpa-whuppa sound of a tire puncturing and losing pressure at freeway speeds is unmistakable. However, if Goodyear has its way humanity might not have to endure the filthy, sweaty, swear-inducing process of swapping rubber on the shoulder of American roads ever again.

The Geneva Auto Show has been canceled, but that hasn't stopped many of the companies due to present there from scheduling online alternatives to conventional press conferences. Today, Goodyear introduced its latest "stretch concept" tire, the ReCharge, which theoretically never needs replacing or even rotating because it can replace worn treads from the inside.

The idea is essentially the same as making PlayDoh spaghetti. However instead of squishing semi-edible "dough" through a child-size pasta press, ReCharge tires extrude a high-tech compound of renewable materials including dandelion rubber and synthetic spider silk. The mixture is fed through a series of fine pipes out to the surface of the wheel where they dry, cure and set into brand new, fully-functional treads. These offer a more environmentally responsible alternative to the standard tire composition of today, which requires the addition of either carbon black or silica to shore up the structural capabilities of petroleum rubber. In this case, the synthetic spider silk can help augment the natural properties of dandelion rubber to reduce wear and extend the functional life of the tire. 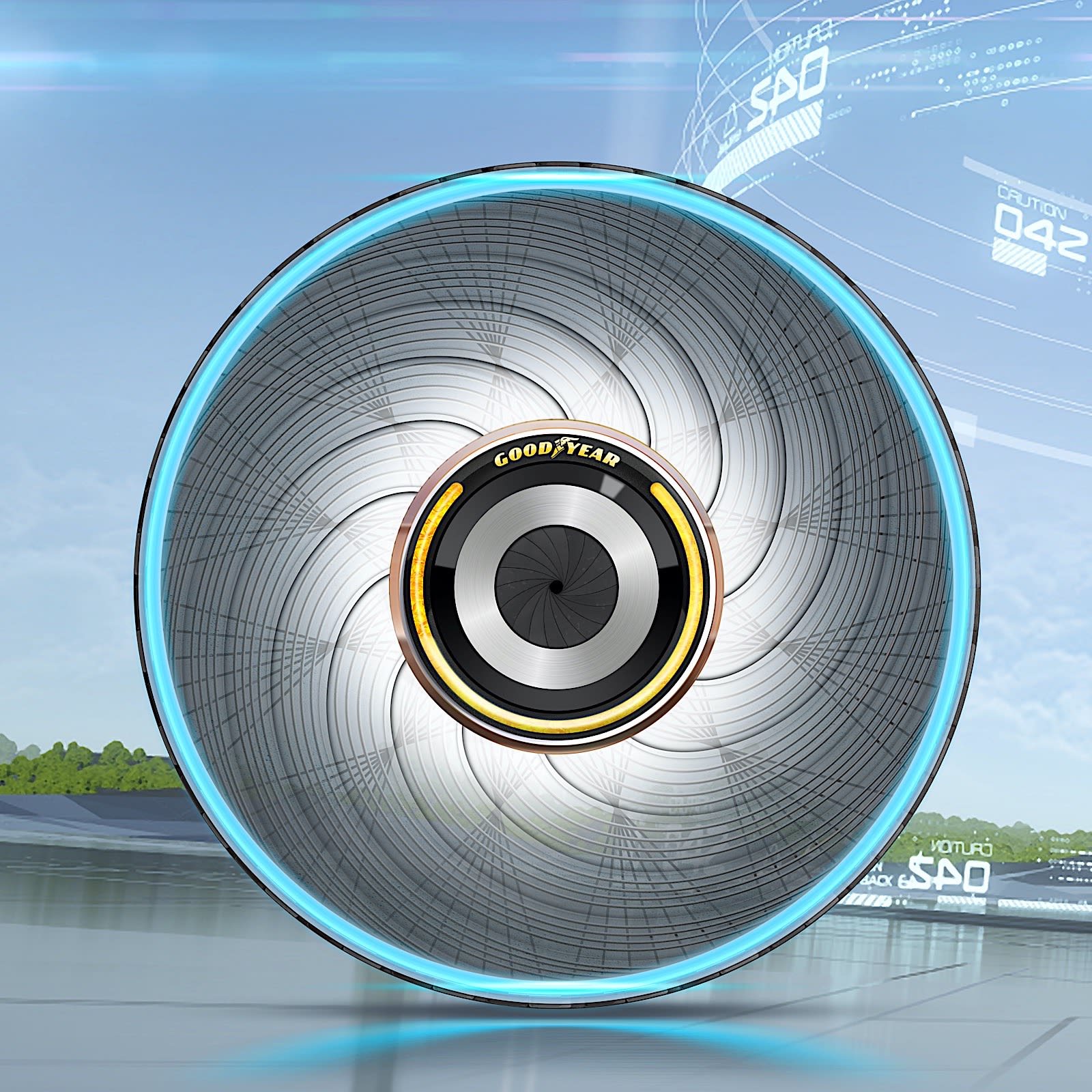 What's more, this concept tire is reportedly structurally designed so that it doesn't need to be pressurized so it'll never go flat. Instead of relying on air pressure, the replacement tread solution would be stored in replaceable canisters within the wheel hub. As road conditions and driving style change throughout the seasons -- ie, a summer of hoonin' which fades into a slippery, wet fall and ice-bound winter -- these canisters can be swapped out and activated to optimize the tire's traction, fuel efficiency and mileage requirements. How it does this would be based on data gleaned from the vehicles myriad telemetry sensors. There's no word yet on whether this would be responsive in real-time or whether driver's would need to take their cars to a shop for that process to occur.

Obviously, this tire system has just as good a chance of hitting the market in its current form as Mercedes' Avatar-mobile from CES 2020, so don't go getting your hopes up for spike-strip-proof wheels in the foreseeable future. However as Goodyear CTO, Chris Helsel, explained to Engadget, many of the underlying processes and features could well be here within the decade. Goodyear already has prescriptive algorithmic systems in place that can monitor and estimate the life remaining on tires based on the driver's style while environmentally-sustainable materials like dandelion rubber are primarily bottlenecked by their relative costs of production.

Still, Helsel remains confident that the industry will be able to overcome that supply shortage and be able to produce these materials at scale within the next half dozen years or so. Either way, expect to see this technology arrive in corporate vehicle fleets before it arrives in whatever you park in your driveway.