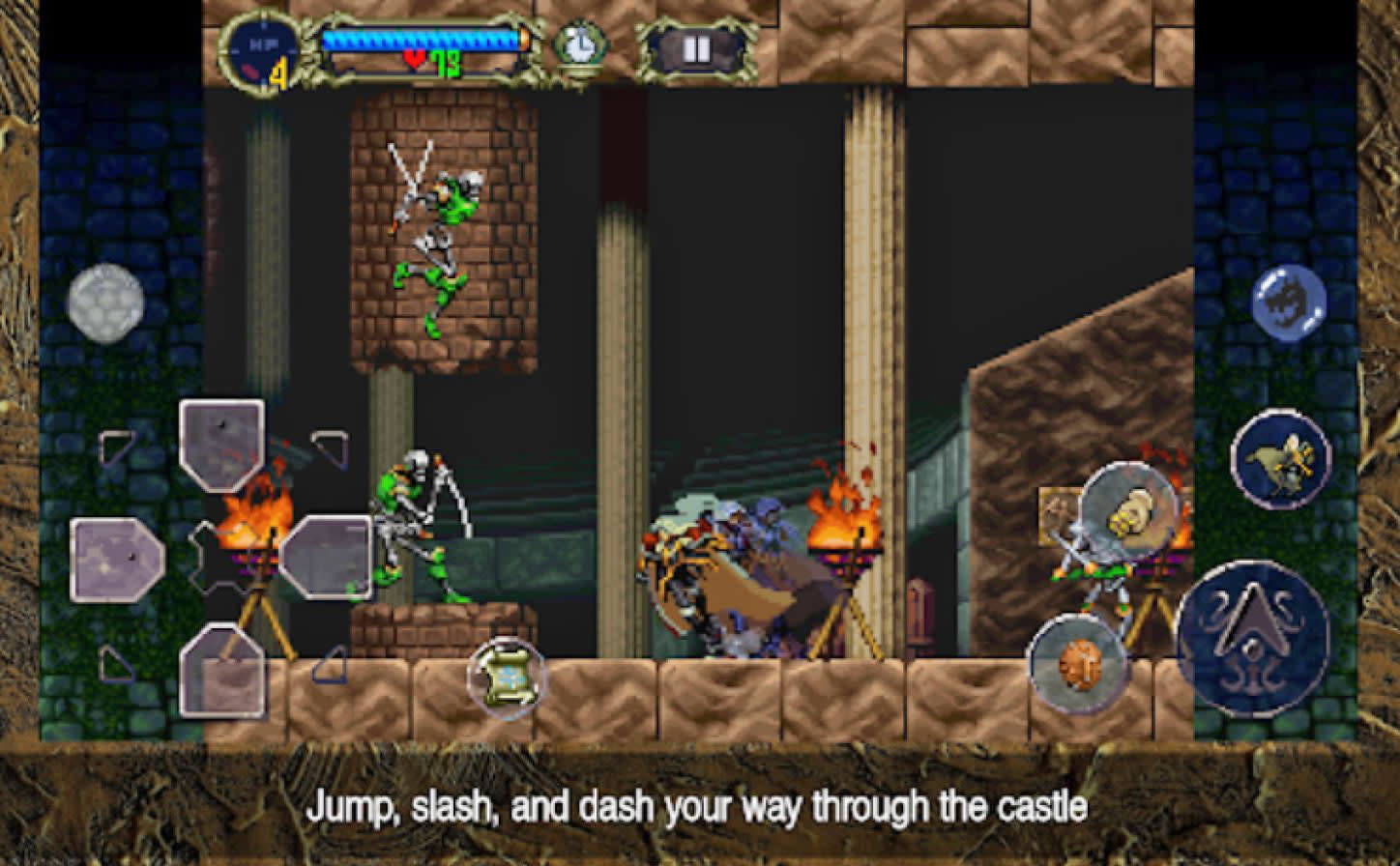 Beloved classic Castlevania has been ported many times and now -- entirely without warning -- it's come to mobile. Konami's Castlevania: Symphony of the Night is available on both iOS and Android for $3, without in-app purchases. The side-scrolling action-RPG is based on the PSP and PS4 take on the game -- not the original PlayStation version -- and there's support for six languages (English, Japanese, German, French, Italian and Spanish), external controllers and achievements.

As The Verge notes, Symphony of the Night was the first Castlevania game from writer and director Koji "Iga" Igarashi. Its launch saw the series shift away from pure action to more exploration and adventure -- a popular move that led to the production of countless homages from indie developers, and subsequently the ultra-successful Bloodstained: Ritual of the Night by Igarashi himself.

It's not clear why the mobile offering has been kept under wraps, although Castlevania doesn't need any hype to get its fans excited about a new game. Almost certainly, though, its release has been timed to coincide with the launch of season three of Netflix's anime adaptation, which arrives on March 5th.

In this article: Android, anime, av, Bloodstained, Castlevania, entertainment, gaming, iOS, Konami, mobile, Netflix, Symphony of the Night
All products recommended by Engadget are selected by our editorial team, independent of our parent company. Some of our stories include affiliate links. If you buy something through one of these links, we may earn an affiliate commission.