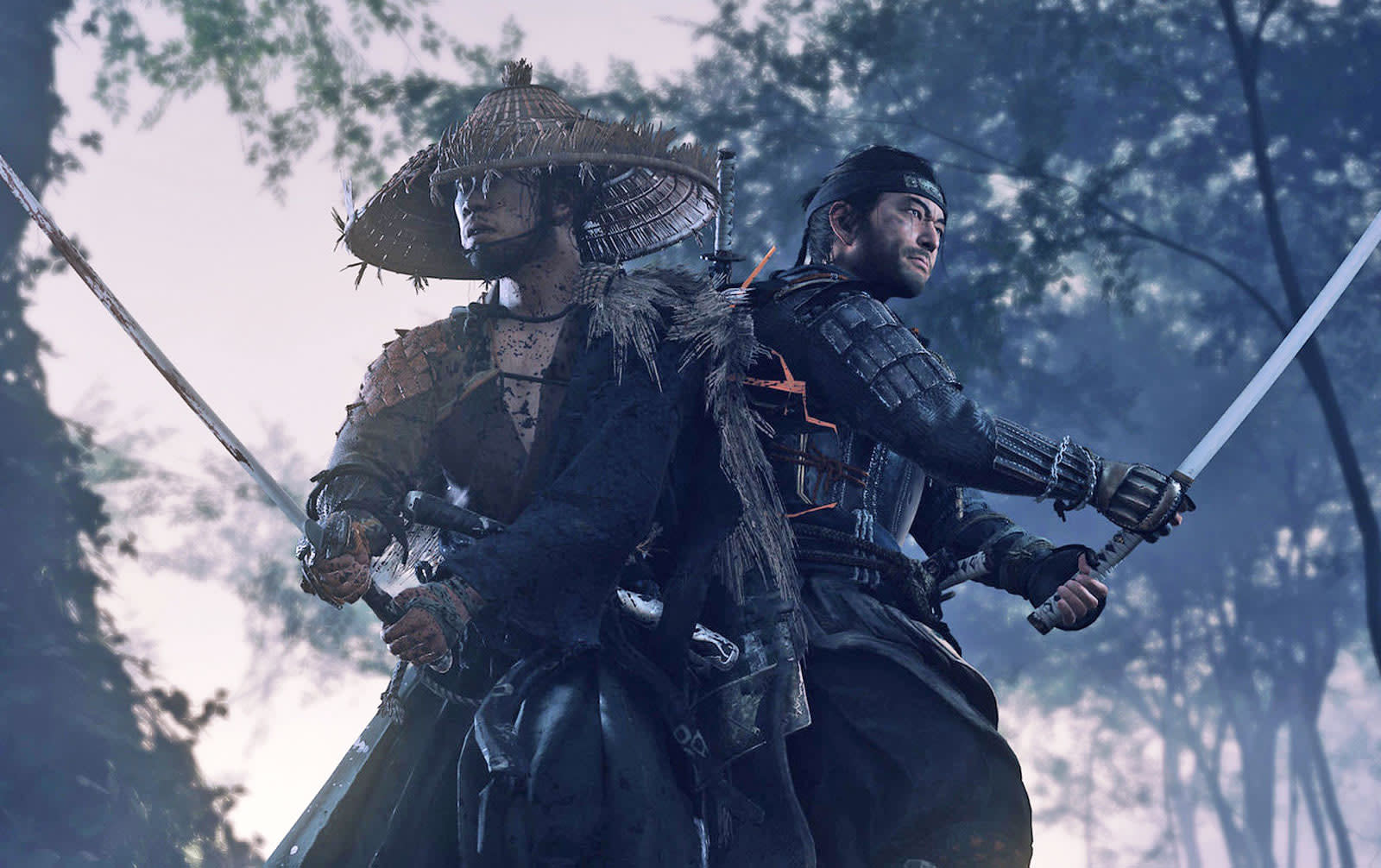 One of the PS4's last hurrahs now has a release date. Sucker Punch has announced that its samurai adventure Ghost of Tsushima will come to the PS4 on June 26th, or right at the start of summer. Accordingly, the Infamous studio has posted a story trailer (below) shedding light on how the hero, Jin Sakai, becomes the unrelenting "ghost" warrior you play in the game. While Jin's uncle stressed fighting in the honorable way of the samurai, Jin realizes that's not enough as Mongol invaders threaten to overwhelm the island of Tsushima. The Mongol leader, Khotun Khan, is both ruthless and exploits knowledge of the samurai to gain the upper hand.

There are multiple special editions, as is common with many games these days, but there might be more incentive than usual to look into them. The $70 Digital Deluxe Edition and other special versions include a director's commentary that includes a chat with a Japanese historian about the game's accuracy, while Dark Horse also has a "mini art book." The $70 Special Edition matches the Digital Deluxe copy in physical form, while the over-the-top $170 Collector's Edition is full of physical trinkets like a mask (for display, not wearing), a war banner, a traditional wrapping cloth, a cloth map and a paper copy of the art book. The goodies clearly aren't necessary to enjoy the game, but they at least aren't the usual plastic figurines.

Ghost of Tsushima is promising based on its historical setting and Sucker Punch's pedigree, but it could also serve as a swan song for the PS4. While there are other notable games coming to the PS4 afterward (including Cyberpunk 2077), this is the last major exclusive known to be reaching the console before the PS5 arrives in the 2020 holiday season. If it plays as well as it looks, it could join The Last of Us Part II and other titles in saying a fond farewell to the PS4.

In this article: av, games, gaming, ghost of tsushima, ps4, sucker punch, video
All products recommended by Engadget are selected by our editorial team, independent of our parent company. Some of our stories include affiliate links. If you buy something through one of these links, we may earn an affiliate commission.