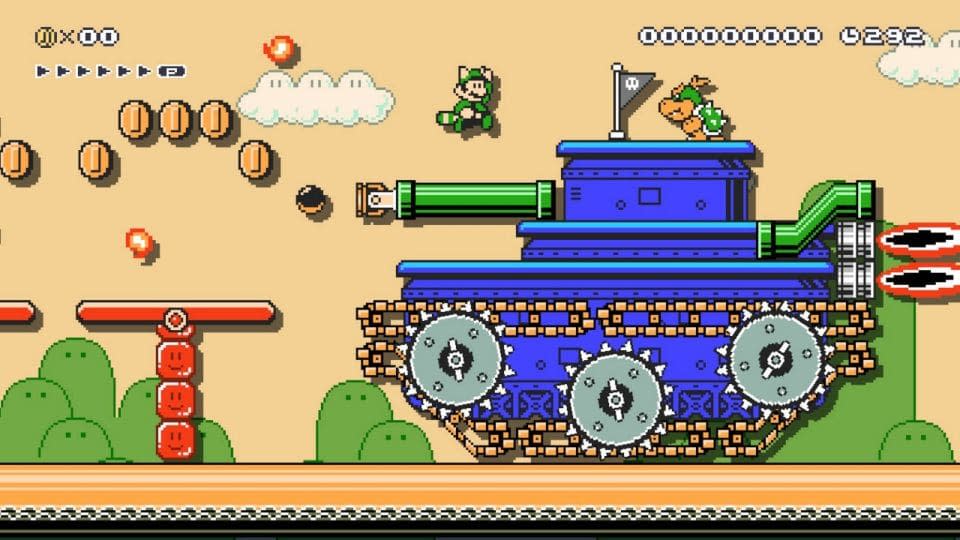 It's rare to see first-party Nintendo games go on sale. But thanks to Mario Day (otherwise known as Mar10 in honor of the moustachioed plumber), you can get several of the company's recent releases at a decent discount. With multiple retailers taking part in the event, you have some choice when it comes to where to pick the games up. As you'll see below, we've mostly linked to the eShop and Amazon, but you can also take advantage of the deals below at Gamestop, Target and Walmart.

Leading the sale is Super Mario Maker 2 (Amazon, eShop). It's currently $40, down from $60. Engadget senior editor Devindra Hardawar liked the Nintendo Switch release of Mario Maker a lot when he played it last year. According to eShop price tracker DekuDeals, $40 is the lowest price Super Mario Maker 2 has sold for on the eShop.

Super Mario Party is also on sale (Amazon, eShop). It's likewise $20 off, making it $40 at the moment. Just keep in mind the game may ruin your friendships. Don't say we didn't warn you.

Next up is Mario and Sonic at the Olympic Games Tokyo 2020 (Amazon, eShop). It too is currently $40. The game features a rad retro mode that has Mario and Sonic competing in the 1964 Tokyo Olympics, complete with classic 2D sprites.

Lastly, there's the adorable Yoshi's Crafted World (Amazon, eShop). Like all the other games on this list, it's $40 at the moment -- matching its previous low price. Even though Mario Day is today, all of the above deals are available until the end of March 14th.

Several retailers have included a couple of other games in their Mario Day sales. Best Buy, for instance, has discounted Mario Kart 8 Deluxe, New Super Mario Bros. U Deluxe, Super Mario Odyssey and Mario Tennis Aces. After a $15 discount, they're all $45 at the moment. If you have a kid who still loves their 3DS, Best Buy has also put a couple of 3DS games on sale, including Mario Kart 7 and Super Mario Maker.

These offers will run, according to Nintendo, until March 14th.

Buy Mario and Sonic at the Olympics on Amazon - $40

In this article: av, commerce, engadgetdeals, gaming, mario, mario kart 8 deluxe, nintendo, Nintendo Switch, thebuyersguide, video games
All products recommended by Engadget are selected by our editorial team, independent of our parent company. Some of our stories include affiliate links. If you buy something through one of these links, we may earn an affiliate commission.