Oculus Quest update will make it easier to multitask

The updated UI will be available to try later this month.

Facebook is introducing a new system experience that it says makes its standalone Quest VR headset "more flexible, social and easy to use than ever before." The centerpiece of the upcoming update is a redesigned universal menu Facebook claims will organize information more clearly, as well as provides faster access to your favorite apps with a menu that displays the ones you use most frequently.

In a thoughtful quality of life tweak, the redesigned menu also makes it easier to access the Quest's brightness and volume controls. As you can see from the screenshots, how much battery life the headset has left is front and center.

The company is also introducing immersive overlays that allow you to access some functionality, such as the updated universal menu, without returning to the home screen. Facebook claims functionality such as friend requests, casting and live streaming are all easier to access as a result. At first, the feature will be available in WebXR apps you launch from the Oculus Browser and come to other tools and games as developers add support. 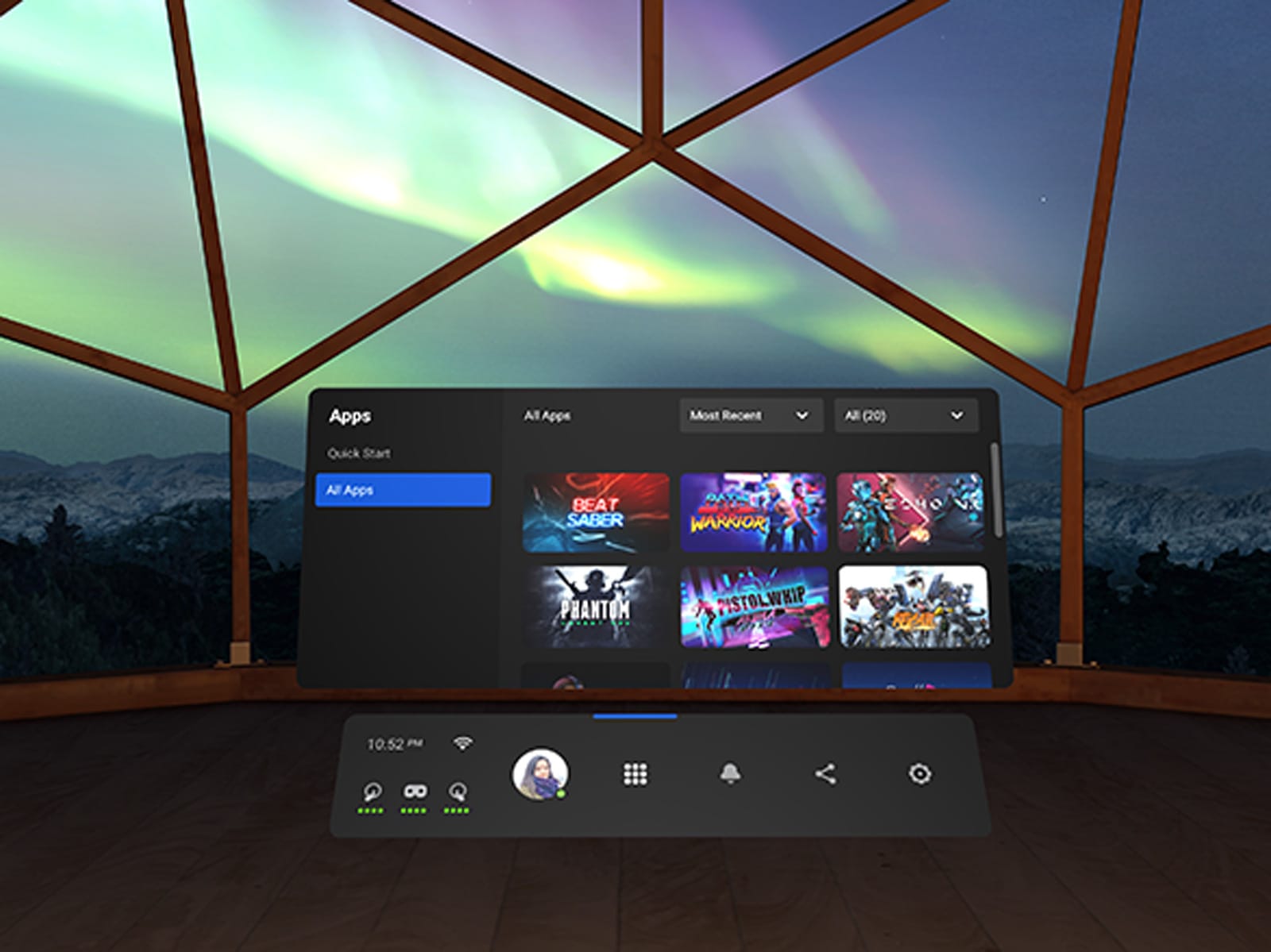 Lastly, starting with the Oculus browser, you'll be able to open multiple windows within the same 2D app. To help you to take advantage of this feature, Facebook has added a new control box that allows you to open, close and re-arrange windows. The company says this feature will be available in the Chats and Store apps at a later date.

You'll be able to try out the new system experience later this month through the experimental features section.

Today would have been the start of the Game Developers Conference. And were it not for the coronavirus outbreak, we would have seen Facebook detail these new features at a keynote. Instead, the company shared the news on the Oculus blog and promised further announcements throughout the rest of the week.