The Morning After: What you actually need to play Stadia games in 4K

Besides getting Stadia running in 4K, I hope everyone is exercising restraint and good judgment as the effects of coronavirus continue to grow. Unsurprisingly, from our perspective, the effects have gone far beyond canceled trade shows and delayed briefings.

Over the weekend, Airbnb expanded its cancellation policy, Apple Card offers delayed March payments, anti-terrorist tech has been tapped to help halt the spread of the virus and Google's sister company, Verily, has now launched its site to gauge possibly infected adults and offer free testing. That last one came after President Trump blindsided Google when he announced the company was launching a screening site. The scale is a little different: This isn't the full might of Google, but a healthcare-tech company owned by Alphabet. You can check the site here and register if you're California based.

Moog has made its Minimoog Model D iOS synth app available for free. It wasn't hugely expensive to start, but this could make it easy to recreate the first portable synth and slip some Kraftwerk- or Dr. Dre-inspired sounds into your latest track. Moog didn't say how long the price change would last, but you might want to act quickly.

Not to be left out, Korg is doing the same for its Kaossilator apps, which normally cost close to $20. Android artists can grab the software for no charge until March 20th, 2020, while the iOS crowd has until March 31st to get iKaossilator -- ensuring that once the effects of the coronavirus have run their course, you'll have epic new material for your triumphant return gig.

It may have to scale back its lunar ambitions.
NASA warns of delays to its Moon base plan

Dreams of returning to the Moon with a permanent presence might have been overly ambitious. NASA's human exploration lead, Doug Loverro, has warned that plans for the Lunar Gateway could be set back by a year or more as NASA reworks its design and intended uses. Loverro also told an advisory committee that costs and technical challenges would force NASA to revise and streamline its objectives for the Moon. This was highly likely to happen: Critics have argued that the White House's timetable, including a Moon landing by 2024, were arbitrary targets set more for political gain than advancing space exploration.

Wall Street Journal sources claim the Trump administration chose the 2024 timing to dovetail with the end of a theoretical second presidential term.

It's a little more complicated for Macs.Google explains exactly what you need to play Stadia games in 4K on the web

Now that 4K gaming on Stadia is possible, what do you need to stream it to your PC? Well, the main requirement is a Chromebook or Windows PC that can decode video in Google's preferred VP9 format, a 4K display (naturally) and enough internet bandwidth to handle the "best visual quality" option. Stadia doesn't demand the best and most-powerful processors.

Note the lack of Mac support. Much like YouTube in Safari, Apple's resistance to VP9 over patent issues makes official 4K support unlikely.

Movies, music and other art can qualify under a new test program.
'Dreams' creators can apply to sell their work beyond the PS4 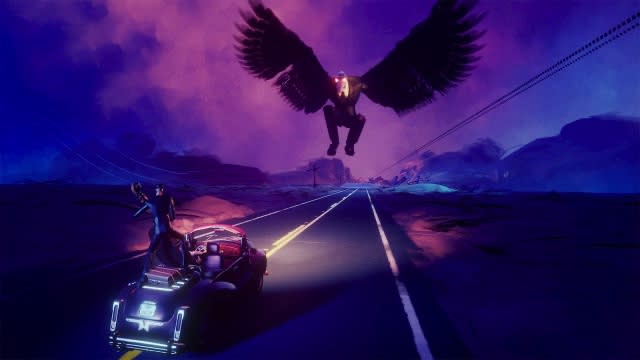 The PS4's Dreams is a surprisingly powerful creative tool for both hobbyist game creators and artists, and Media Molecule wants to reward at least some of those people for their talent. The studio has launched a beta evaluation program that will let creators sell their work "off PlayStation" -- say, to produce a music video or poster.

Importantly, creators and artists own the rights to original creations in Dreams, Media Molecule said, and the company wants to "make it easier" for them to profit from that work -- and get creations out in the world beyond a games console.

The beta is only open to Early Access members that already have a body of work in Dreams, and the developer will want to know what they're planning, when they hope to finish it and whether or not they're willing to provide feedback.

It's not unusual for SpaceX to abort a launch. However, yesterday a Falcon 9 rocket stopped at literally the last second, confusing even the countdown commentator. As the clock hit zero, the operator enthusiastically shouted "Liftoff!" but quickly added "Disregard. We have an abort" once it was clear the rocket wasn't getting airborne. Last minute nerves? Nope, the Falcon 9's onboard computer detected an engine issue and automatically aborted the launch. During the commentary, SpaceX supervisor Michael Andrews noted that it had a "condition regarding engine power that caused us to abort today's launch."