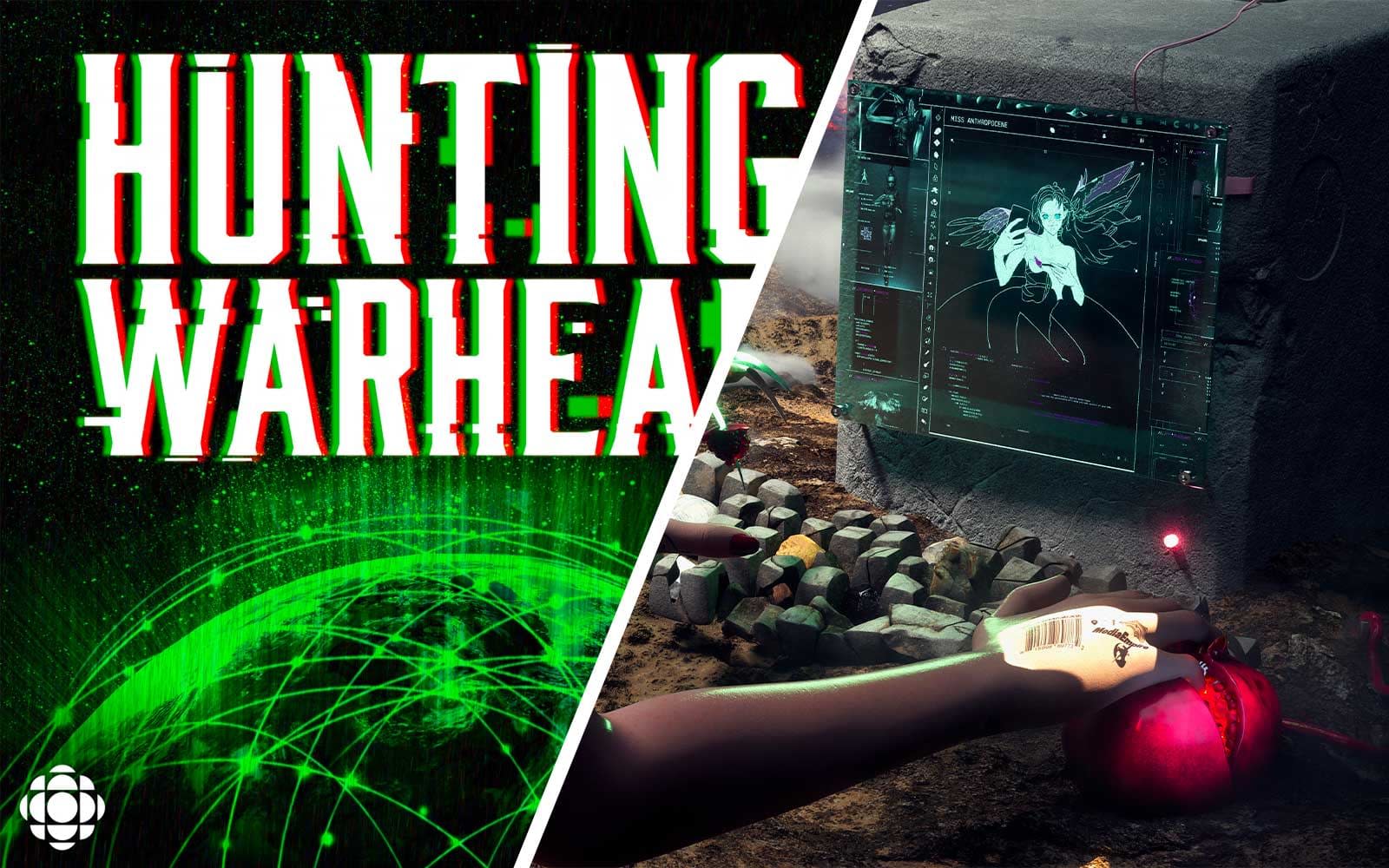 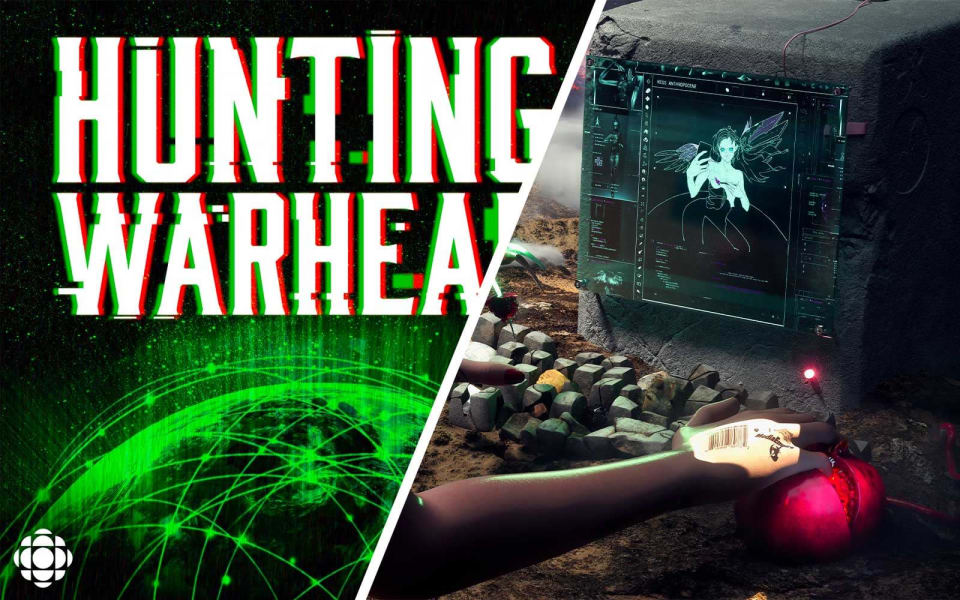 This month, commerce editor Valentina Palladino explains why you should listen a true crime podcast about the dark web, despite its subject matter. Contributing Editor Igor Bonifacic discusses the merits of the latest album from Grimes. Child abuse is an unspeakable crime, and yet it's rampant in the dark corners of the internet. Those who perpetrate and disseminate child abuse images rely on secrecy and anonymity to keep their operation going -- but what happens when they get caught? Produced by the Canadian Broadcasting Corporation and the Norwegian newspaper VG, Hunting Warhead is the story of how a journalist teamed up with a hacker to crack the wall of secrets surrounding the world's largest child abuse website on the dark web.

Although listeners are spared most of the sordid details, the subject matter of this podcast remains dark, and listeners should proceed with caution. But host Daemon Fairless reports this story eloquently, tactfully and thoroughly, and the result is one of the most enthralling podcasts I've ever listened to.

The story begins in Norway and quickly jumps to Australia, where the first of the twists is revealed, followed by Washington, DC, and later Canada. A lot of people had a hand in creating (and ultimately taking over) Child's Play, the hauntingly huge dark web child abuse website, and Fairless interviews and follows up with all the key players. That includes hacker Einar Stangvik, Task Force Argos detectives and the criminal known as Warhead, Benjamin Faulkner.

Like other well-produced true crime podcasts, Hunting Warhead thoroughly tells the story of bringing Warhead to justice from start to finish. Fairless pushes the narrative forward, but the podcast uses interviews to let those involved explain the who, what, where and why from their points of view. In addition to the linear story, Hunting Warhead also gives listeners a glimpse into how law enforcement tracks down child abuse perpetrators, how victims and their loved ones cope and the possible reasons why child abuse on the dark web has become such a global problem. It's solid storytelling and necessary reporting on a subject that often gets overlooked. After almost five years, Claire Boucher is back with her latest album as Grimes. With Miss Anthropocene, the singer treats us to a pseudo concept album about the ongoing climate crisis.

You see that on tracks like "Violence," where climate change is an abusive relationship between the earth and humanity. The problem with "Violence" and some of the other tracks on Miss Anthropocene is that they abstract the issue as a battle between angels and demons.

Miss Anthropocene is instead at its best when Grimes turns inward and sings about personal turmoil. An early highlight is opener "So Heavy I Fell Through the Earth." Clocking in at more than six minutes, it's one of the longest songs in Grimes' catalog and sets the tone of the rest of the album. With its throbbing bass line and ethereal vocal performance, "So Heavy" sounds like both the end of the world and the start of something new. And fittingly so. By this point, you've probably read the news that Grimes and Elon Musk are expecting a baby. The song touches on Boucher's anxiety about the prospect of bringing another human being in the world and what it means for her life moving forward.

"It's this weird loss of self, or loss of power or something," the singer told Apple Music's Zane Lowe in a recent interview. "Because it's sort of like a future life in subservience to this new life." There are a lot of ways Grimes could have approached the subject, but there's something about the honesty of the song that makes it compelling.

"Delete Forever" is another standout track. Grimes told Lowe she wrote the song the night that rapper Lil Peep died of an accidental fentanyl overdose. It's also about a friend she lost to opioid addiction when she was 18. The ghosts of those people pervade "Delete Forever," though the song's subject matter isn't apparent on first listen, thanks to its instrumentation. "Delete Forever" is a rare acoustic guitar track for Grimes. At one point, a banjo even sneaks its way into the song. But it's that contrast between the song's upbeat instrumentation and Grimes' vocal performance that makes "Delete Forever" so compelling. "Funny how they think us naive when we're on the brink," Boucher sings with obvious pain in her voice. It's one of the best, most nuanced vocal performances of her career.

"You'll Miss Me When I'm Not Around" shares a lot of the same strengths as "Delete Forever." It's fueled by a propulsive and dark bass line that's reminiscent of the best of Joy Division. However, here again, it's the contrast between the song's subject matter and instrumentals that speak to Boucher's talents as a songwriter. "I shot myself yesterday," she sings in the song's opening line. "Got to heaven anyway." Somehow Grimes managed to write a pop song about suicide.

In its best moments, Miss Anthropocene has a lot of the same characteristics as Art Angels, her excellent fourth album. It manages to find a comfortable middle ground between experimentation and accessibility. The fact that we sometimes hear Boucher at her most vulnerable makes Miss Anthropocene worth a listen, even if not all the songs hit their mark.

In this article: art, audio, audioirl, entertainment, grimes, hunting warhead, internet, irl, music, newirl, podcast, podcasts, streaming, thebuyersguide
All products recommended by Engadget are selected by our editorial team, independent of our parent company. Some of our stories include affiliate links. If you buy something through one of these links, we may earn an affiliate commission.