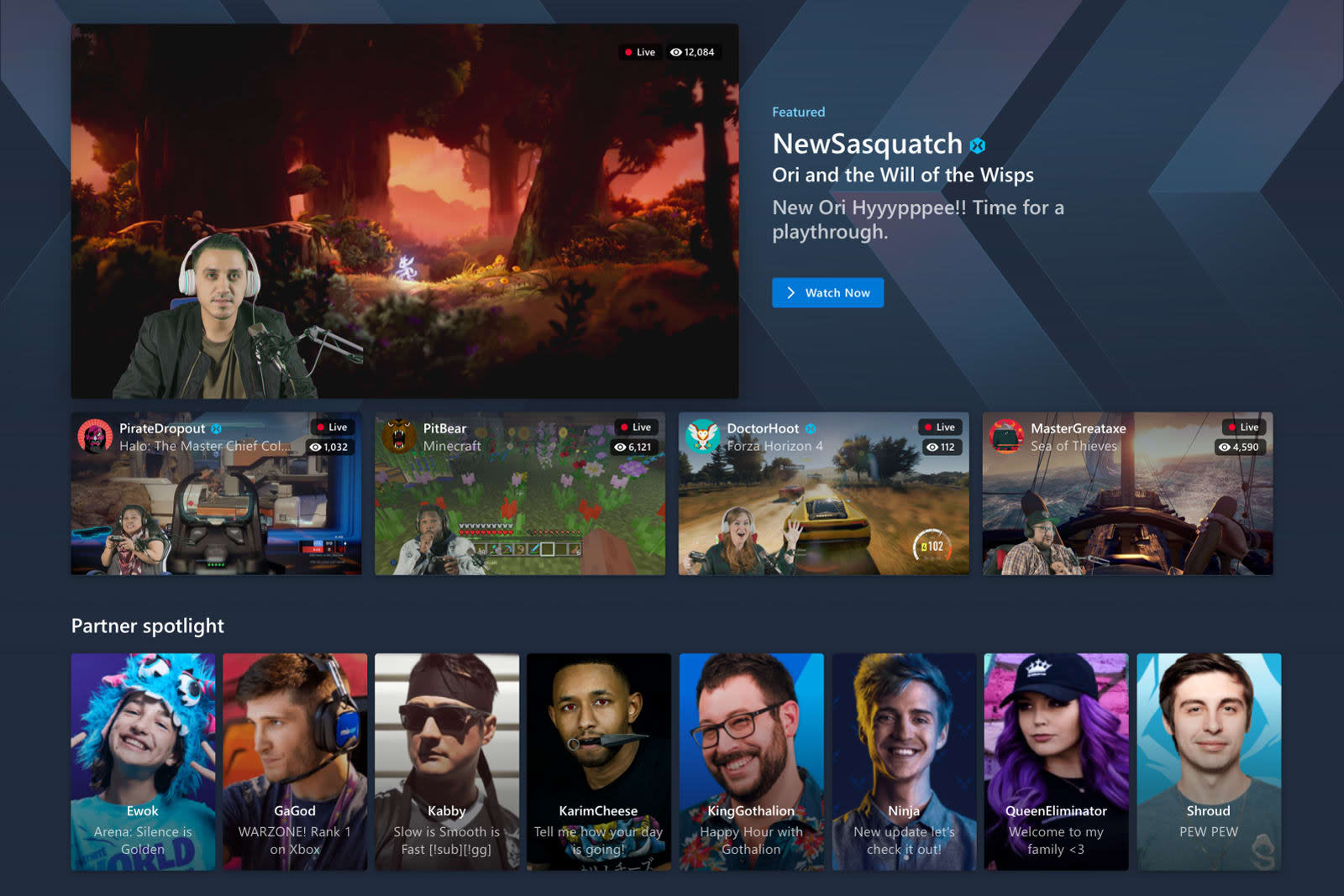 Mixer has recruited its fair share of former big-name Twitch streamers, and it wants to make sure you see them. Microsoft's livestreaming service has introduced a reworked homepage that includes "more focus" for featured material, including broadcasters -- if you didn't already know that Ninja, Ewok and Shroud were exclusive to Mixer, you will after this. You'll still get AI-guided recommendations if you'd rather discover creators that reflect your personal tastes.

You can also expect refinements to Xbox One viewing. If you're on some April Xbox One system update Insider rings, you can see emotes, Ember (highlighted) messages and subscriber badges in chat -- common features in rival apps, but welcome all the same. It'll be easier to change stream settings, and gift subscriptions are coming to the fresh experience "in the coming weeks." You'll have more control over which channels prompt notifications, not to mention higher-resolution emotes and wider access to clip creation on mobile.

And yes, there are improvements for the streamers themselves. Anyone can auto-host fellow streamers when they're not broadcasting themselves, while Partners now have a beta option to start ad breaks on their own. These are familiar features if you're used to Twitch, but that appears to be the point. The Mixer team hopes to attract and keep Twitch converts by giving them the money-making and community features they're used to.

In this article: android, entertainment, games, gear, internet, ios, livestreaming, microsoft, mixer, services, streaming, video games, web, xbox, xbox one
All products recommended by Engadget are selected by our editorial team, independent of our parent company. Some of our stories include affiliate links. If you buy something through one of these links, we may earn an affiliate commission.