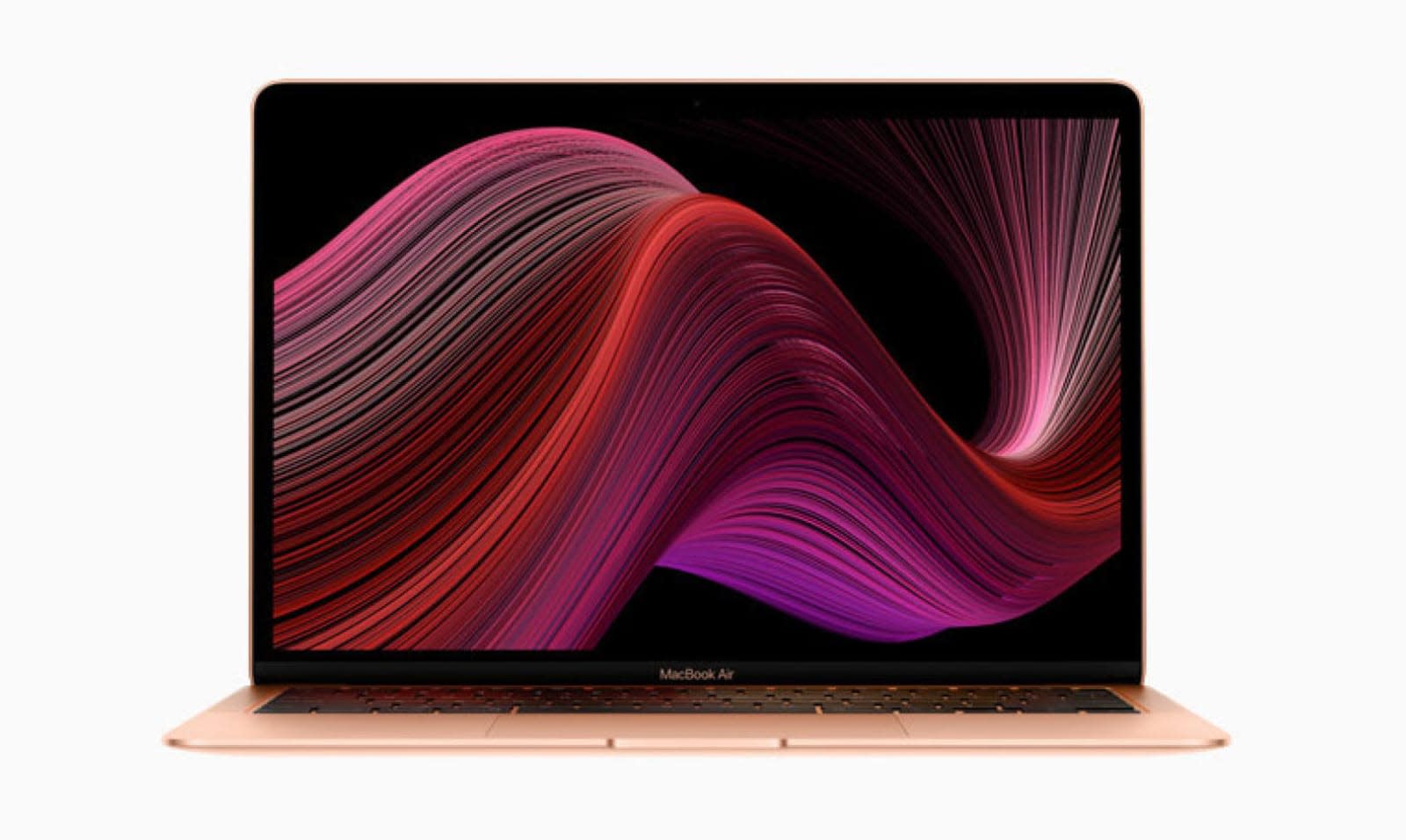 Apple is upgrading the MacBook Air with better internals, its new more reliable Magic Keyboard and is hacking the price down to $999. The upgraded model also gets double the amount of storage, making it a better machine for folks who want to work on the go.

Ever since Apple abandoned its much-derided butterfly keyboard in the 16-inch MacBook Pro, people have wondered when the "Magic Keyboard" would trickle down. The MacBook Air is the second recipient of the new-old scissor switch keyboard, which should remove people's concerns around reliability.

The company is using the time to boost the refreshed Air's internals, throwing in new 10th-generation Intel Core chips. The base model will ship with a 1.1GHz dual-core i3 CPU, while an extra $250 will net you a 1.2GHz quad-core i7 chip that, with Turbo Boost, can be pushed to 3.8GHz. Apple says that, numbers aside, the new chip will crank out performance twice as fast as on the previous model.

Storage has been doubled, up from 128GB on the base model to 256GB, and users can spec their laptop up to 2TB. That's all solid-state storage, and it will be pricey: The 2TB option will set you back an additional $800 on top of the list price.

Thankfully, Apple has finally brought the price of the MacBook Air back below $1,000, with a retail price of $999. That puts some clear water between the lower-power, more portable Air and its more powerful Pro siblings. It's also something that we've argued since 2018, saying that Apple's cluster of similarly-priced machines with wildly different specs was too muddled. Education buyers, meanwhile, can snag the new MacBook Air for $899.

It's not just the MacBook Air that's getting some love from the company, but also its oft-forgotten sibling, the Mac Mini. Much like the Air, Apple is doubling the amount of storage on the $799 base model up to 256GB, while the $1,099 configuration now gets 512GB of storage as standard.

The new MacBook Air will be available to buy in stores at some point next week, but pre-orders are open today. It's worth saying that, with Apple's stores closed due to coronavirus concerns and issues around the current global crisis, ordering online might be the only way to snag one of these for now.

In this article: Air, apple, gear, MacBook, MacBook Air, mobile, personal computing, personalcomputing, 10th-generation, Magic Keyboard, Storage
All products recommended by Engadget are selected by our editorial team, independent of our parent company. Some of our stories include affiliate links. If you buy something through one of these links, we may earn an affiliate commission.