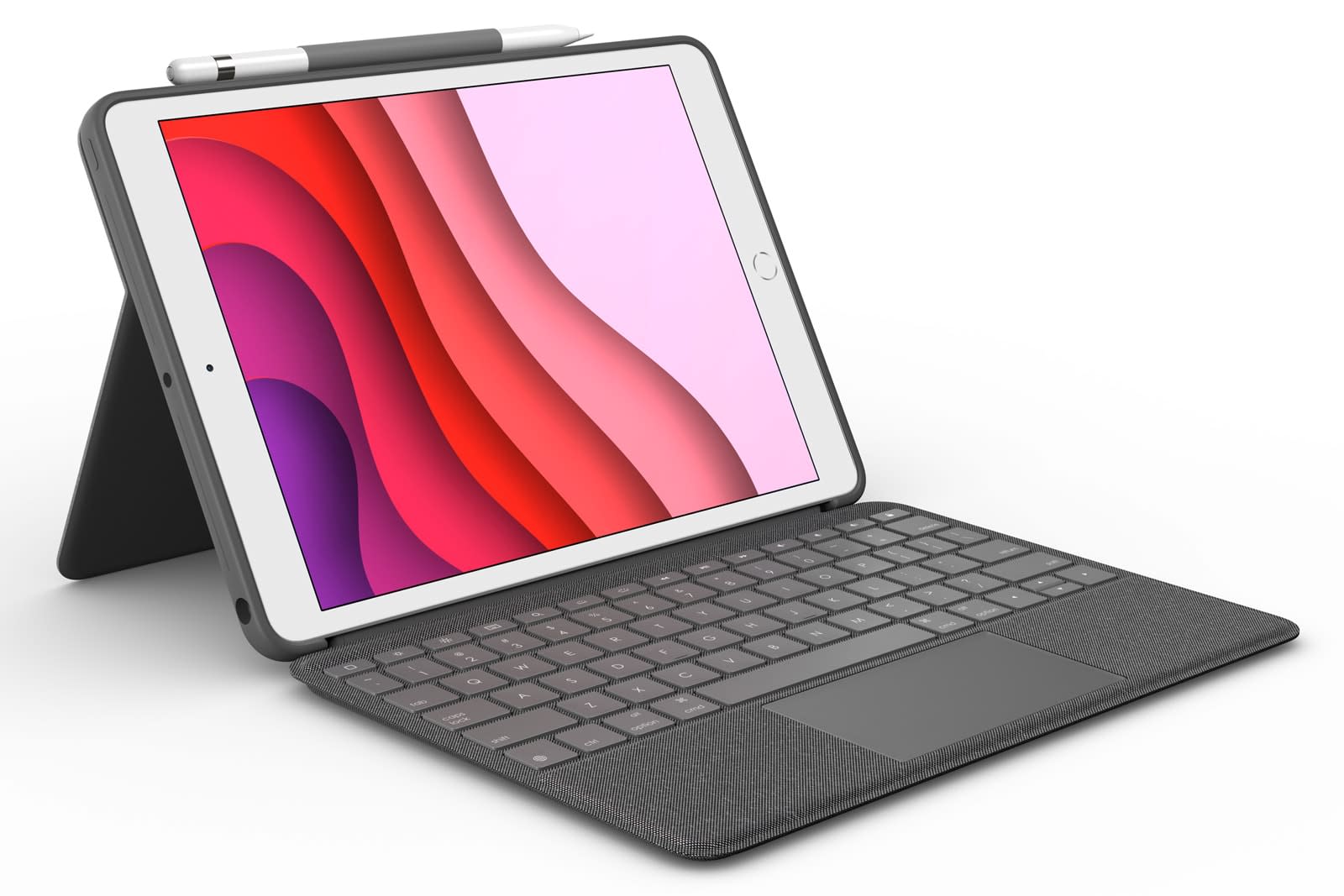 If you turned pale at the thought of paying close to $1,000 to get the new iPad Pro and its trackpad-equipped keyboard cover, don't worry -- there will be a much more affordable alternative. Logitech has introduced a $150 Combo Touch keyboard case for the 2019 iPad, 2019 iPad Air and 2017 iPad Pro that includes a trackpad to take advantage of iPadOS 13.4's imminent mouse support. They all attach using Apple's Smart Connector and offer many perks similar to Apple's Magic Keyboard, including backlit keys and trackpad gestures.

You can detach the keyboard for those times when you just want to use your iPad as a pure tablet, and there's a holder for your first-generation Pencil if you're a budding artist. The case doesn't 'float' your iPad like Apple's does, but there is a Surface-style kickstand to help you get the right viewing angle.

The Combo Touch won't be available until May. It should, however, cost the same whether you'e buying for the base iPad or the iPad Air. And while $150 isn't trivial, that's still half of what Apple is asking -- combine that with the savings on the tablet itself and you could spend hundreds less than you would on a comparable iPad Pro configuration.

In this article: case, combo touch, gear, ipad, ipad air, keyboard, logitech, mobile, peripherals, tablet, trackpad
All products recommended by Engadget are selected by our editorial team, independent of our parent company. Some of our stories include affiliate links. If you buy something through one of these links, we may earn an affiliate commission.