Plus, 40W wireless fast charging if a recent leak is accurate.

Ahead of their official debut on March 26th, frequent leaker Ishan Agarwal has shared a bunch of information about Huawei's newest phones, detailing both the P40 Pro and P40. As expected, the P40 Pro is all about photography. The phone will reportedly feature a 50-megapixel wide camera, 40-megapixel telephoto camera, a time-of-flight depth sensor and one more (likely ultra-wide) 12-megapixel camera. According to Agarwal, the telephoto camera will be able to zoom in on subjects by a factor of up to 50x.

Obviously, that's not as much zoom as you can get on the S20 Ultra. But considering the 100x Space Zoom feature on Samsung's flagship doesn't deliver great results, it's probably not a big deal.

In the display cutout toward the top left corner of its 6.58-inch screen, the P40 Pro will include a 32-megapixel front-facing camera and depth sensor. In theory, the added depth sensor should allow the P40 Pro to render a more realistic and eye-catching depth of field effect when you use portrait mode to take a selfie.

Agarwal says the phone will also include a component called the Huawei XD Fusion Engine. While we don't know too many details about this feature, it seems likely it will function a lot like Google's Pixel Visual Core. That is, it will probably reduce the time it takes for the phone to compile HDR photos and enhance various other aspects of its photography capabilities.

Internally, both the P40 Pro and P40 will reportedly feature the company's Kirin 990 processor. We detailed the 990 when Huawei announced the chip at IFA Berlin this past September. It's interesting in that it features an integrated 5G modem that isn't compatible with mmWave frequencies. As such, we won't see the kind of speed tests that the S20 has been able to put up in ideal conditions.

Agarwal didn't say how much RAM the P40 Pro will include, nor did he mention anything about potential storage configurations. So we don't have a full picture of the phone's performance capabilities. That said, he does note it will include a 4,200mAh battery. Both the S20+ and S20 Ultra feature larger batteries.

Where the P40 Pro may feature an edge over Samsung's latest phones is support for 40W wireless fast charging. To be clear, Agarwal notes he's not certain here. But if accurate, it will be interesting to see how that feature affects the long-term health of the P40 Pro's battery. 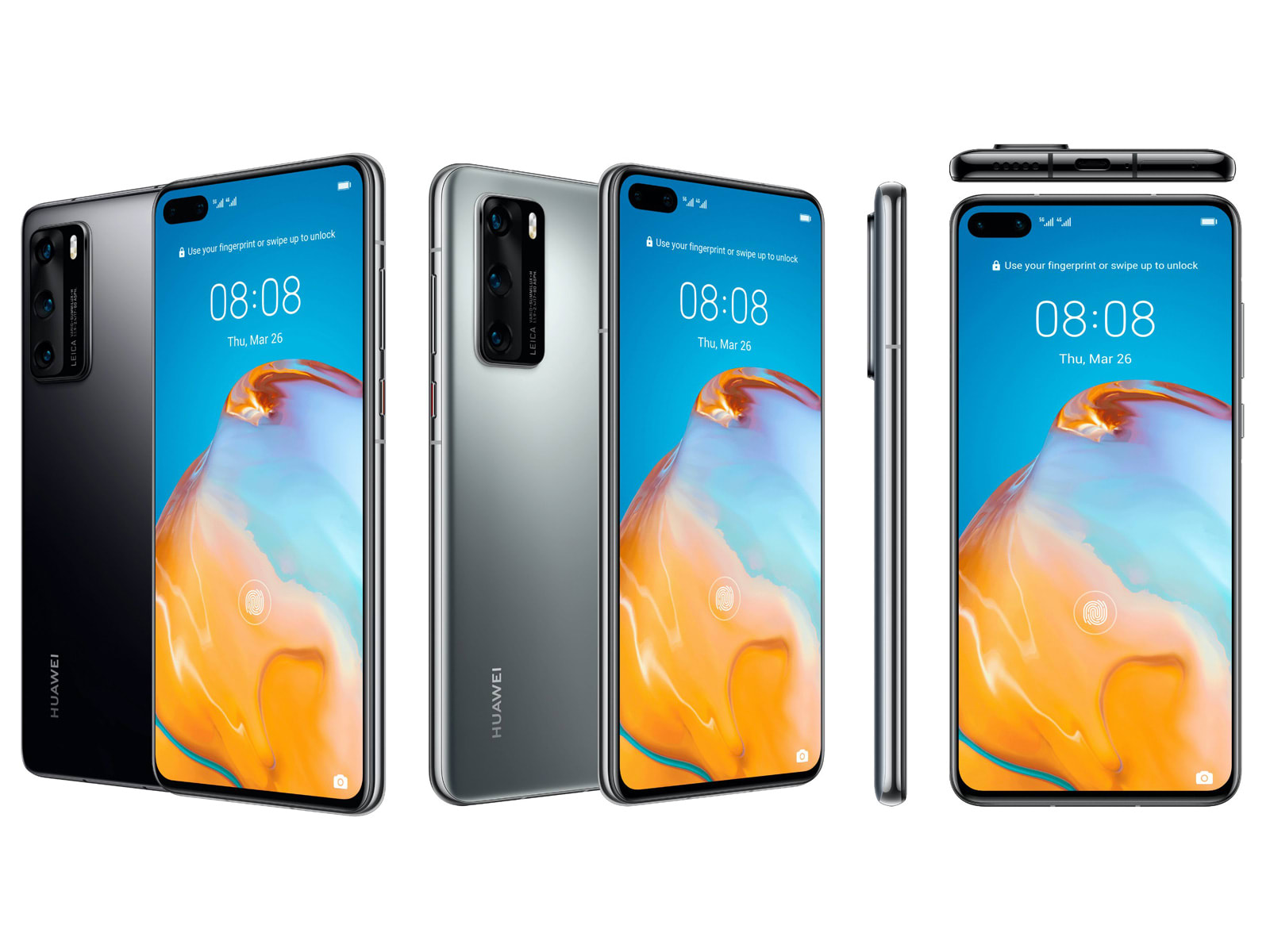 As you might expect, the P40 is a less exciting version of its more capable sibling. Agarwal claims it will feature a 6.1-inch display and a triple camera array made up of 50-megapixel, 16-megapixel and 8-megapixel sensors. Notably, the phone's zoom feature will top out at 30x. It will also feature a smaller 3,800mAh battery and won't have the depth sensors of its more expensive sibling. That said, it will still feature the P40 Pro's XD Fusion Engine.

The two phones may also include a workaround for the lack of Google apps. XDA Developers recently found evidence the company is working on an app that will point people to websites where they can download APKs of apps that aren't available on the company's AppGallery.

All products recommended by Engadget are selected by our editorial team, independent of our parent company. Some of our stories include affiliate links. If you buy something through one of these links, we may earn an affiliate commission. All prices are correct at the time of publishing.
View All Comments
Huawei P40 Pro may feature 50X zoom, custom photography chip