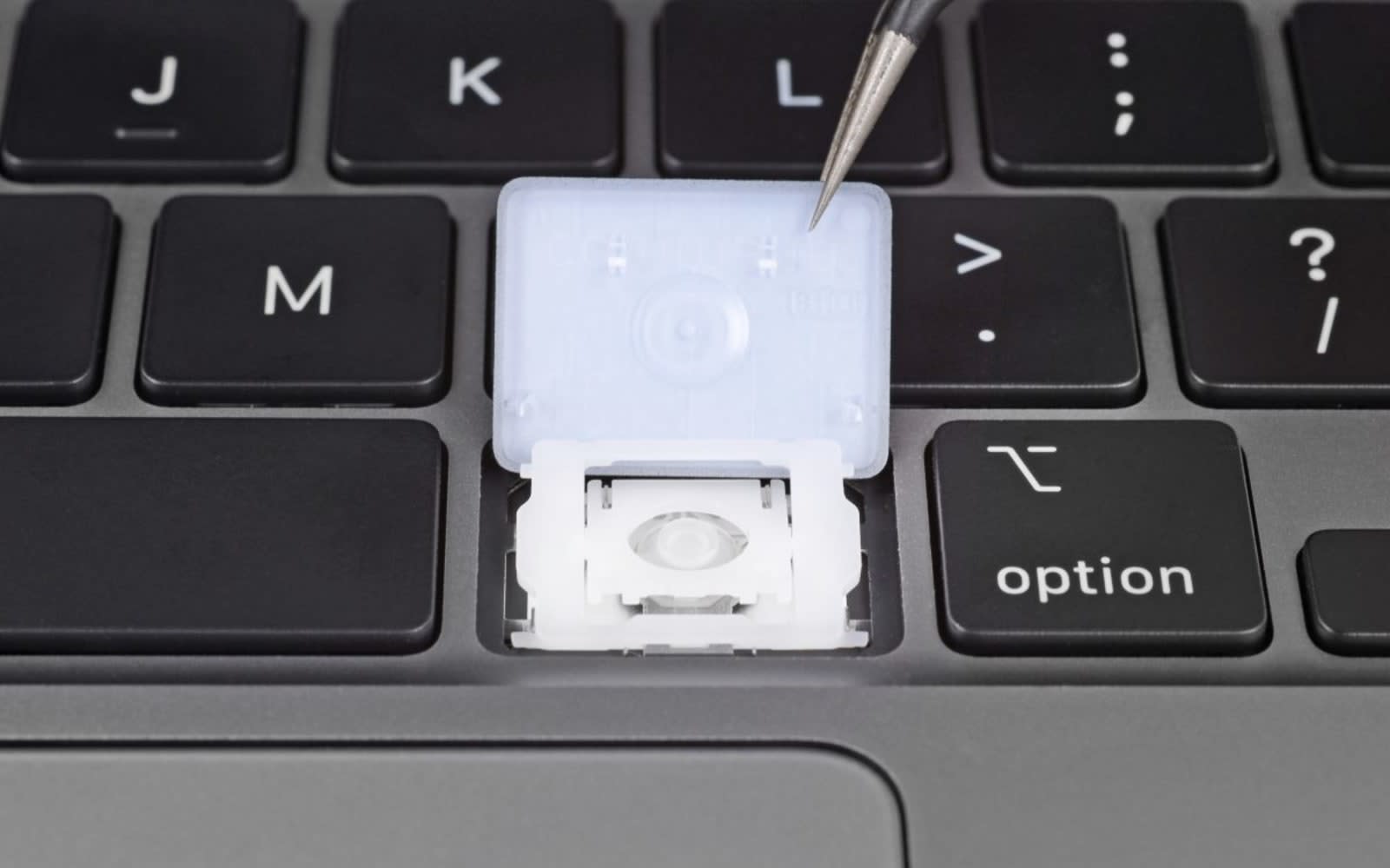 If you've been lucky enough to get your hands on the new MacBook Air, you know that the keyboard really is excellent. Thanks to the scissor mechanism, which replaced the hated butterfly keyboard, the keys are noticeably cushier, with more travel. iFixit took a closer look at those keys in its latest teardown and reports that the height difference is about 0.5 millimeters.

"More than anything, that 0.5 mm illustrates the sheer unnecessary-ness of the five painful years that Mac fans spent smashing on unresponsive butterfly keyboards," iFixit writes. "Knowing that Apple's thinnest-and-lightest notebook accommodates a scissor-switch keyboard so gracefully makes us wonder what it was all for."

The keys also lack the silicon barrier that iFixit found in a previous MacBook Pro teardown. Apple first claimed that the barrier was meant to make the keys quieter, but internal documents later revealed that they were intended to "prevent debris from entering the butterfly mechanism." By ditching the butterfly keyboard, it looks like Apple is able to get rid of the silicon barrier, too.

As far as repairability, the biggest change iFixit found is that the trackpad cables are no longer wedged beneath the logic board, so you can remove the trackpad without removing the board. The same goes for the battery, which is under those trackpad cables. This should make repairs and battery replacements easier and faster. (The battery still sits on stretchy pull tabs.)

Overall, iFixit gave the new MacBook Air a 4 out of 10 for repairability. While that's not exactly a winning score, it is one point more than the previous generation received.

In this article: apple, battery, design, gear, ifixit, keyboard, keys, macbook air, personal computing, personalcomputing, scissor-switch, teardown, trackpad
All products recommended by Engadget are selected by our editorial team, independent of our parent company. Some of our stories include affiliate links. If you buy something through one of these links, we may earn an affiliate commission.