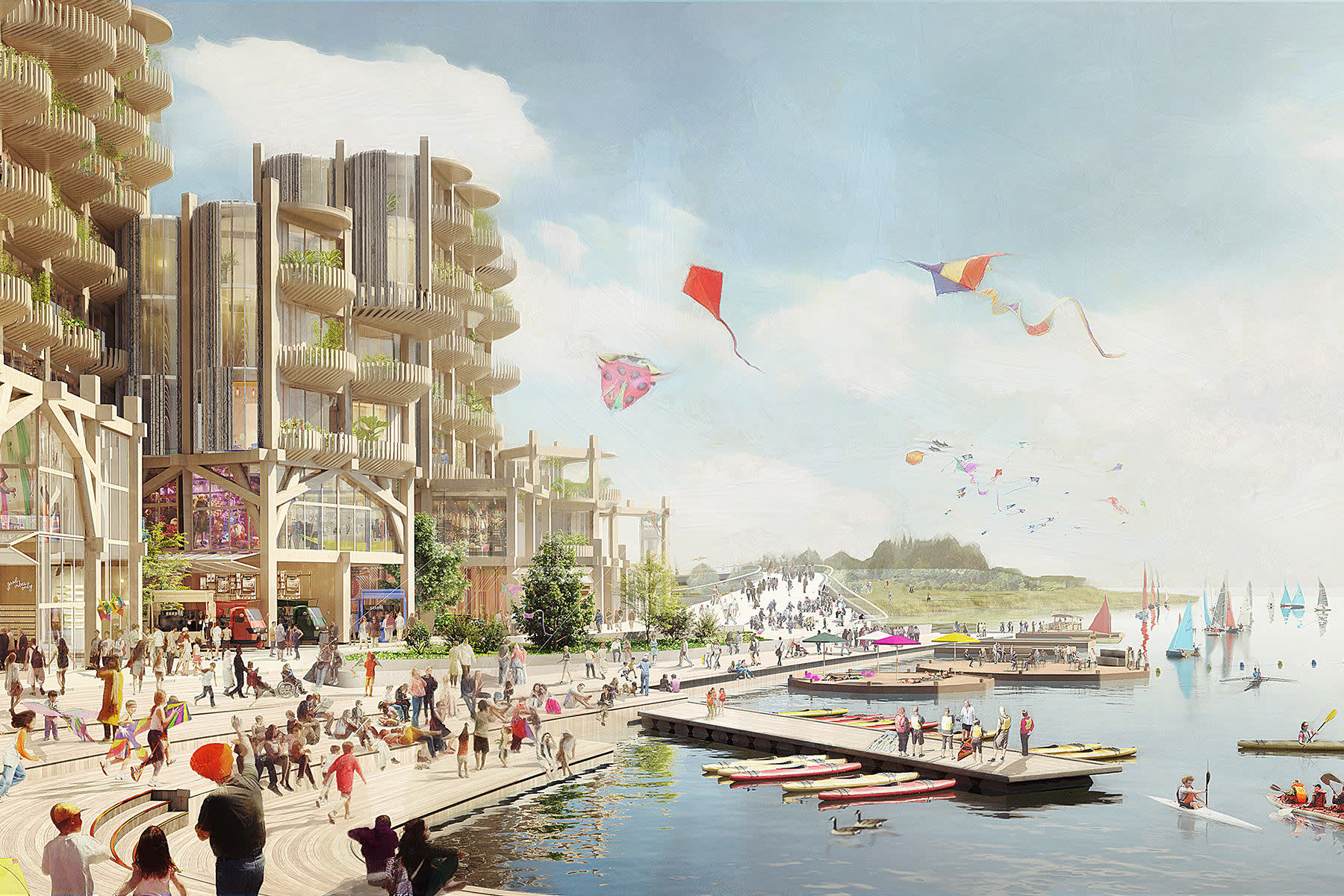 Sidewalk Labs, the part of Alphabet focused on smart cities, will have to wait a while longer to find out whether its Quayside project can go ahead. Waterfront Toronto, a tri-government organization spearheading the city's lakeside overhaul, has pushed the deadline for a decisive vote to June 25th. "In view of the COVID-19 pandemic, today the Waterfront Toronto Board of Directors passed a motion to extend the date for a decision on moving forward with the Quayside project with Sidewalk Labs," it said in a tweet.

The vote has been pushed back on a number of occasions. A Plan Development Agreement published in July 2018 set a deadline of September 30th, 2019, for instance. The document that Waterfront Toronto will be voting on -- a Master Innovation and Development Plan (MIDP) spanning four volumes and almost 1,000 pages -- wasn't released by Sidewalk Labs until last June, though. Waterfront Toronto immediately took issue with some of the MIDP's proposals, which included an extension of the Quayside concept to a larger 190-acre 'IDEA District.' It was. no surprise, therefore, when the pair published an amendment to the Plan Development Agreement that pushed the MIDP vote to March 31st, 2020.

The "threshold issues" identified by Waterfront Toronto were settled last October. Sidewalk Labs agreed to all of the organization's demands, which included scaling the project's scope back to Quayside. Waterfront Toronto then began a technical evaluation -- a line-by-line analysis of the MIDP -- that will inform the board's final decision. In January, though, the organization agreed to push the deadline for the vote once more from March 31st to May 20th. Stephen Diamond, the chair of Waterfront Toronto's board, said the extension would give the public more time to express their hopes and fears about the project. "This board will not sacrifice the public good for expediency," he added in a statement.

The results of the technical evaluation were published last month. The team at Waterfront Toronto broke the MIDP down into 160 distinct proposals and rejected 16 of them. Some of these included an "efficient" and "ultra efficient" housing concept, a special "raincoat" awning that could protect nearby pedestrians from rain, and a link between a proposed thermal grid and the Ashbridges Bay Wastewater Treatment Plant in Toronto. According to Sidewalk Labs, most of the rejections were related to the already renegotiated threshold issues. "That said, we are still in active negotiations with Waterfront Toronto and are still reviewing what will be possible at Quayside," a spokesperson for Sidewalk Labs added in a tweet.

If Waterfront Toronto's board votes against the MIDP, the Plan Development Agreement will be terminated and Sidewalk Labs will lose its role as Innovation and Funding Partner. If the master blueprint is approved, the pair will have until the end of the year to finalize some Principal Implementation Agreements which, as the name implies, will determine exactly how the Quayside project should be realized. In short, it's a critical period for Sidewalk Labs, which has now spent three years (Waterfront Toronto started looking for an Innovation and Funding Partner in March 2017) researching and planning its neighborhood of the future.

If you're curious about the project and what Sidewalk Labs is envisioning for Quayside, check out this explainer that links to all four MIDP sections.

In this article: alphabet, canada, google, politics, Quayside, Sidewalk Labs, smart city, smart neighborhood, tomorrow, toronto
All products recommended by Engadget are selected by our editorial team, independent of our parent company. Some of our stories include affiliate links. If you buy something through one of these links, we may earn an affiliate commission.