It's been a long seven days of lockdown for some of us, and it looks like the situation won't change for a while. The US Food and Drug Administration is rushing to get a handle on testing people for the coronavirus, and former events venues are being turned into field hospitals. It's one hell of a year, and it's only the end of March.

It's been cleared for use during the pandemic.
FDA approves lab-in-a-box test that can detect COVID-19 in 5 minutes

The FDA has scrambled to allow numerous COVID-19 tests in a bid to control the pandemic, but one of the latest may represent a big step forward in technology fighting the disease. Abbott has received emergency use authorization for its toaster-sized ID NOW lab-in-a-box, which can provide positive results in five minutes, and all-clear results in 13 minutes.

Abbott is ramping up production and expects to deliver 50,000 tests per day in the US as of next week. However, one of its greatest advantages may be its existing footprint. The ID NOW platform is apparently the "largest" molecular testing presence in the US.

Please state the nature of your upscaling emergency.
'Star Trek: Voyager' gets an unofficial 4K remaster thanks to AI 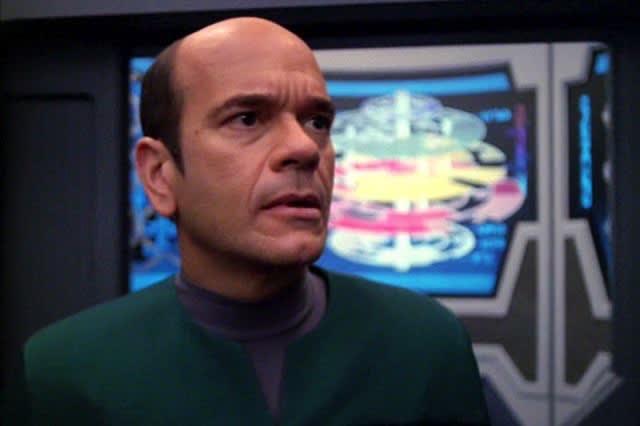 As with Deep Space Nine, Star Trek: Voyager is unlikely to ever get an official high-resolution remaster. The effects were shot on video rather than added to film after the fact, making it much harder to upgrade the quality than it was for The Next Generation, which launched on Blu-ray with recomposed special effects. However, an unofficial project is tackling the issue. Series fan Billy Reichard has started processing Voyager with a machine learning program that upgrades that '90s era image quality as much as possible. It won't fix the old-school aspect ratio, but it produces something a little more watchable.

The software needed to do it is both expensive and tricky to work with. Worse still, Voyager had variable frame rates that make audio sync a pain. It's still an unofficial work-in-progress.

It offers 5G capability and a physical keyboard.
Planet Computers' Astro Slide is a smartphone and PDA in one 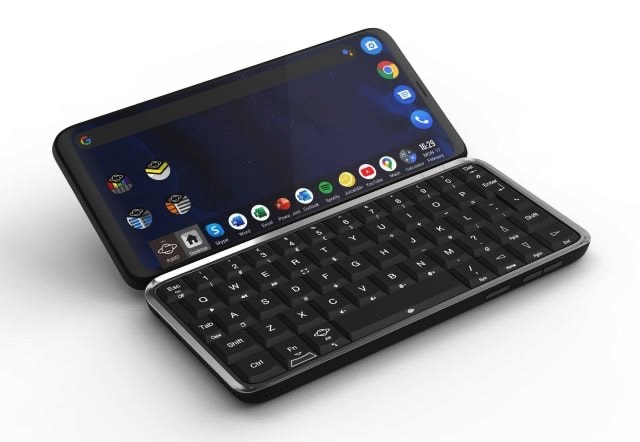 If you long for a return to the world of PDAs, pocketable keyboards and landscape-oriented business efficiency, say hello to the Astro Slide. You can use it either as a standard 6.53-inch touchscreen smartphone or as a PDA, thanks to the sliding hinge mechanism.

The screen can slide off the keyboard then flip up so you can use it like a mini-laptop, with a full (but tiny) physical QWERTY keyboard. The Astro Slide launched today on Indiegogo for an early-bird starting price of $491, with shipping estimated for March 2021.

Yet another major 2020 auto show has been canceled due to the COVID-19 pandemic; although, now it's less about timing and more about supporting the current fight. Organizers have canceled the Detroit Auto Show (officially the North American International Auto Show) as its venue, the TCF Center, is to become a field hospital for coronavirus patients. The next show now won't take place until June 2021 -- more than two and a half years after the last event.