Asics' new sneaker launch could be the start of a trend.
D. Cooper|03.31.20
@danielwcooper

If you're launching a new product, you normally want to put on a show with a sprinkling of razzle and plenty of dazzle. That means getting journalists and fans into a big room, trotting out your wares and letting everyone play with the new toys. Unfortunately, the world is currently on lockdown to deal with COVID-19, and large groups in auditoriums is a big no-no right now.

Asics, the Japanese footwear company, would have liked to put on a show to demonstrate its new sneakers to the world. But, with things as they are, opted to embrace technology to show off its new gear. So, rather than coaxing people over to its Japan HQ for a show, it recreated its presentation in VR and shipped Oculus Quest headsets to journalists to watch over the weekend*.

The headset was already set up, with the Asics Virtual Innovation Lab demonstration already installed on the system. That meant all I had to do was charge it, slam a pair of Duracells into the controllers, and mark out a safe zone on the floor. Then, I could just launch the app and watch the presentation as many times as I liked between then and now.

I found myself inside a white, cavernous room that resembled an alien spaceship, with swooshy white walls and arched doorways. Sadly, I was rooted to the spot, unable to walk around the space and examine the glass case full of sneakers in the distance. In front of me, a 2D video screen hovered over a round dais, giving me a run-down of the company's history.

Next, the hologram showed me the three new sneakers Asics was showing off: Metaracer, Metasprint and Metarise. The first is Asics' new long-distance running shoe, with a carbon plate in the sole to improve stability and a foam midsole to improve responsiveness. Metarise, meanwhile, is a volleyball shoe with a fancy sole that promises jumps up to 3cm higher.

Asics wanted me to understand the power each of the new shoes had, and so cooked up a demonstration in VR. For the Metaracer, you had to pump your arms as stars flew past you at speed, for the Metarise, you had to jump in time with a holographic volleyball spiker. For the Metasprint, you had to crouch -- as if to run -- and watch the floor turn into a honeycomb. To, ya'know, represent the honeycomb sole on the Metasprint.

Because the experience was a static video and then a "holographic" presentation in front of you, I felt a little sad. I'd have loved to wander around the 360-degree environment and explore more, but I was firmly rooted to the spot. That's understandable, as Asics probably lacked the time, money and energy to develop a limited, media-only demo any further. 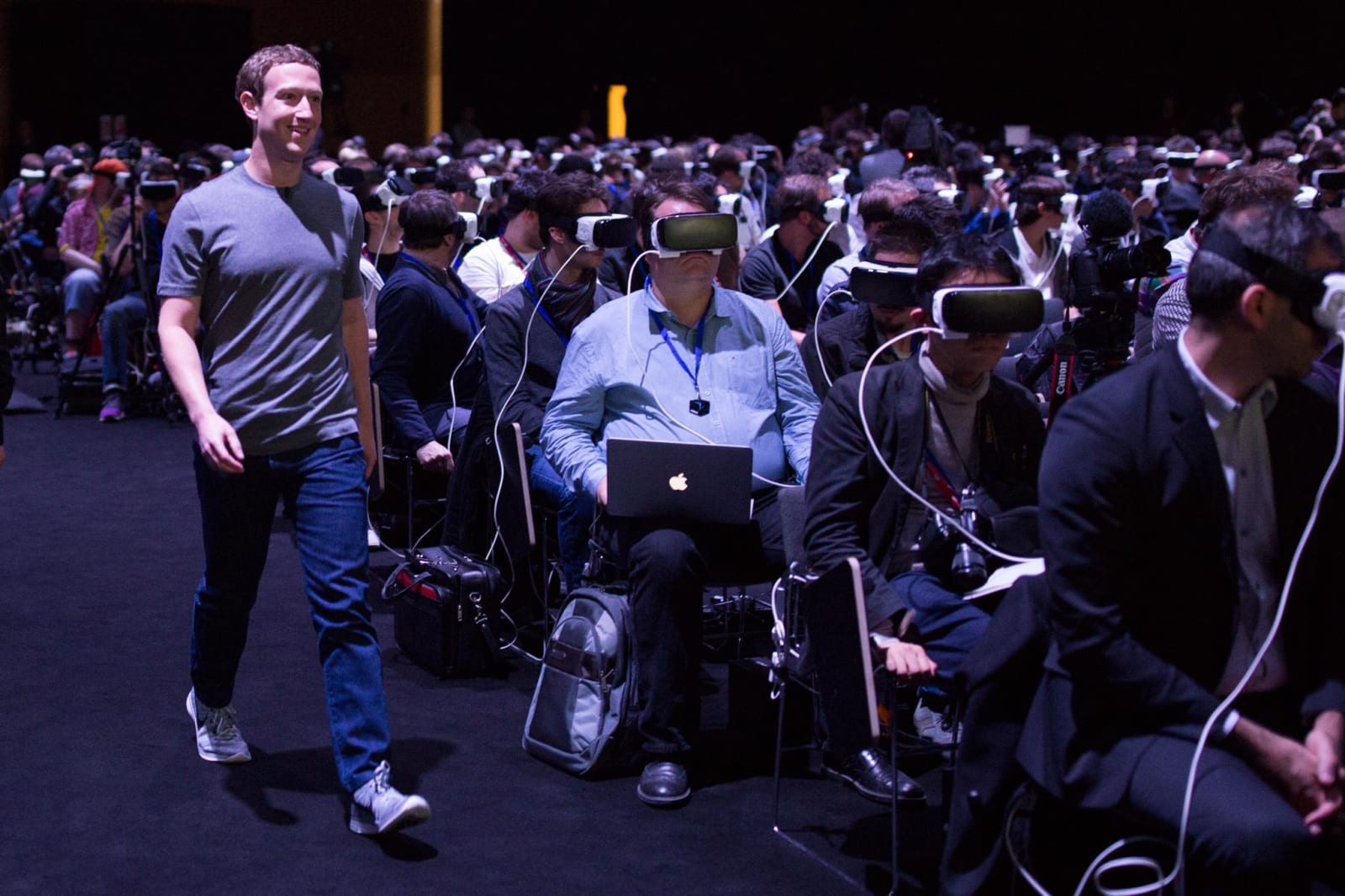 Shipping Quests to people is probably cheaper than this.

There are clearly upsides to this: A reduced carbon footprint traveling to and from a show that, sometimes, we don't need to attend. And there are some companies that spend enormously on their events more as a statement to the public more than for any practical purpose.

The downsides are also pretty obvious: In most VR 'demos', you're not able to try the product, and there's less scope to scrutinize it, nor talk to the company's representatives. And VR is still new enough that some folks may struggle with motion sickness (as I did while trying to write notes and watch the show). In those ways, it's yet another wedge between us and the companies we cover, which is an issue.

What's more important, however, is what this launch represents in a world where social distancing will be the norm for several more months. The longer COVID-19 rages on, the more other companies will look to lean on VR. This is at least a good first step. Hell, accountants at plenty of tech companies are probably doing a cost-benefit analysis of buying a truck-full of Oculus Quests right now for couriering to, and from, journalist's houses.

On the upside, when I'd finished watching (and re-watching) the sneaker demos, I opened up the Beat Saber demo bundled with the Oculus Quest. That alone made this PR stunt far more entertaining than an awful lot of press events I've attended in the real world.

* And then, if it wasn't evident, return by courier the following day.