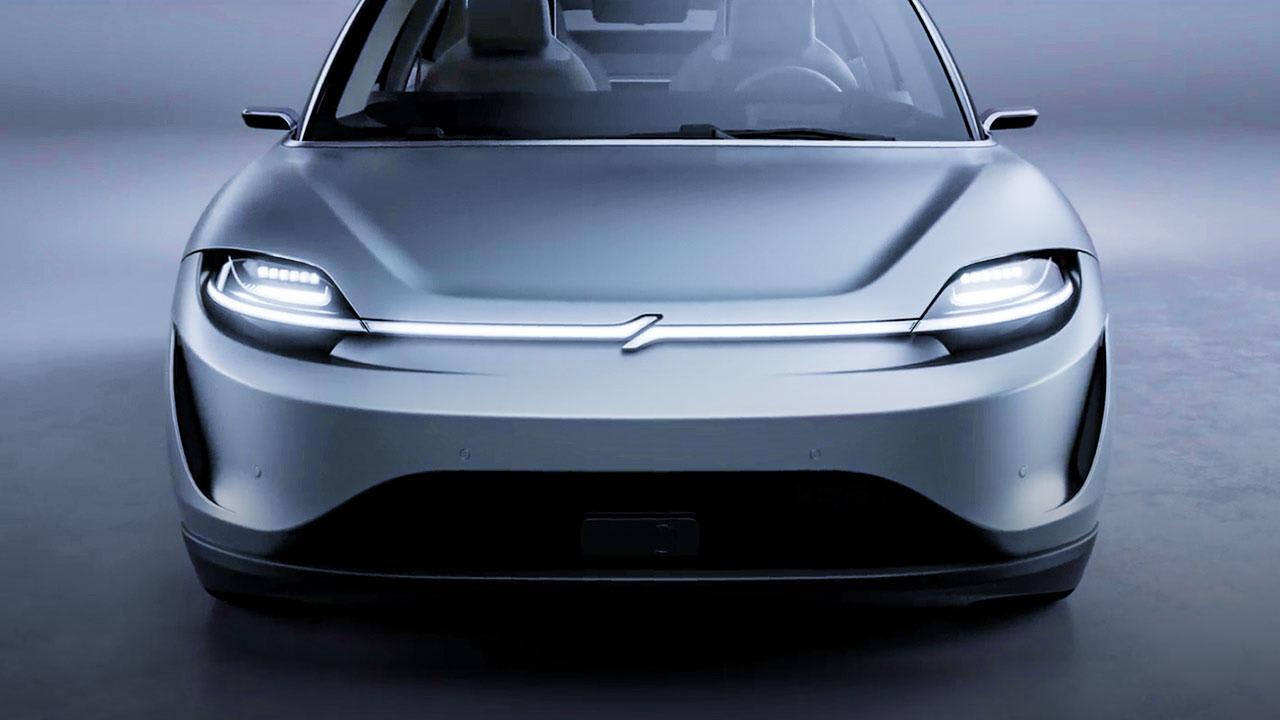 Sony has unveiled an electric car -- yes, an actual car -- at CES today. It's the first prototype vehicle under Sony's mobility efforts called the Vision-S initiative, and based on what the tech giant said during its press event, it was built to showcase the automotive technologies it developed and can offer. Sony teamed up with a number of companies such as Bosch, Continental, NVIDIA and Qualcomm, to create the prototype sedan.

It's loaded with 33 sensors, most likely including ones that enable autonomous driving, 360 Reality Audio tech, wide-screen displays and other features. The company didn't reveal much about Vision-S during the event, but we'll get an even closer look at the concept vehicle later this week in Las Vegas. For now, here's what else Sony is sharing about its CES surprise reveal. The Vision-S prototype pulls together a lot of Sony's imaging and sensing technologies, as well as the company's developments in AI, telecommunication and cloud technologies.

We mentioned those 33 sensors, that are dotted around the interior and exterior of the vehicle. They include high-resolution, HDR-compatible CMOS image sensors (for road sensing, object detection and color identification, Solid State LiDAR (for day- and night-time vision and object detection) and radar for relative velocity detection and distance sensing.

Then there are Time of Flight (ToF) sensors embedded inside can detect and recognize people and objects inside and outside the car. (Those ToF sensors will also have a function with the onboard entertainment systems.) All these sensors and technology combined create what Sony is calling its "Safety Cocoon Concept" that can detect through 360 degrees around the car. The car's autonomous driving skills are Level 2, at this stage. This means the system can take full control of accelerating, braking and steering, but the driver needs to monitor the car respond if the system fails.

There weren't many details during Sony's press event, but the Vision S will also have a heavy in-car entertainment focus. It'll feature 360 Reality Audio, which Sony is regularly publicizing at CES, offering a richer 360-degree soundstage. Each seat will feature its own speaker.

We've got lots of questions for Sony to answer. We need more details on its pretty elaborate in-car entertainment features, and what is the company planning to do after this concept? Stay tuned for more details later this week.

Source: Sony
In this article: ces2020, electric vehicle, gear, sony, transportation, video, vision-s
All products recommended by Engadget are selected by our editorial team, independent of our parent company. Some of our stories include affiliate links. If you buy something through one of these links, we may earn an affiliate commission.