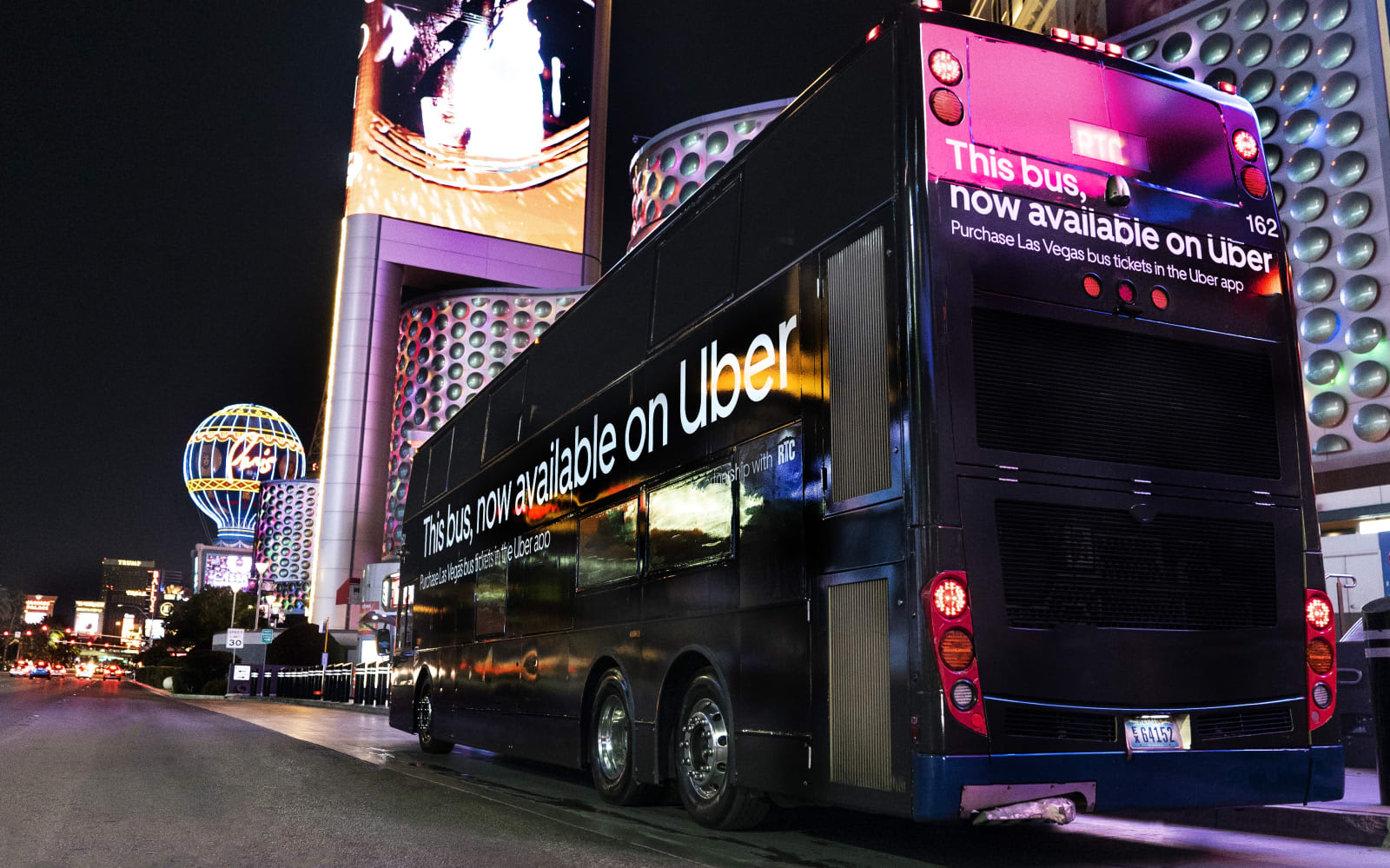 Uber users in Las Vegas will soon be able to purchase public transit tickets through the app. Making it the second city where the service has brought public transit into its fold.

When users enter a destination, they'll see a "transit" tab, which will include real-time info about their options. Under the "transit ticket" tab, they'll be able to purchase and activate a range of Regional Transportation Commission (RTC) of Southern Nevada tickets -- including Strip and All Access, hourly and monthly passes.

Uber is rolling the feature out over the next few weeks and says it chose to announce the change during CES to show its commitment to making public transit an integral part of the company's future. "As we work together to make Uber part of the public transportation ecosystem we can make cities more accessible and work to make individual car ownership a thing of the past," said Uber's head of transit David Reich. Though, it certainly doesn't hurt that such a goal would help line the company's pockets.

Last year, Uber began allowing users in Denver to purchases public transportation options. Since then, we've seen a handful of cities get public transit info, but not purchasing options.

Coverage: The Verge
In this article: app, Bus, buy, ces2020, gear, las vegas, mobile, public transit, public transportation, purchase, tickets, transportation, uber
All products recommended by Engadget are selected by our editorial team, independent of our parent company. Some of our stories include affiliate links. If you buy something through one of these links, we may earn an affiliate commission.