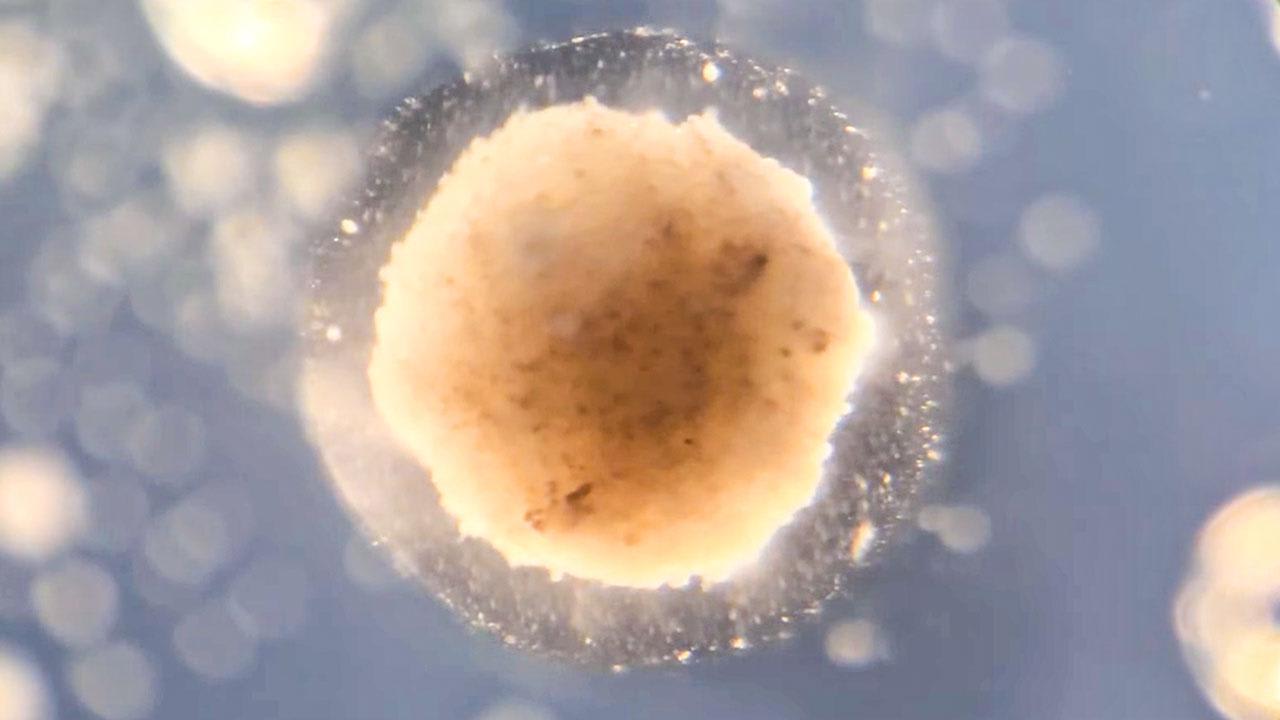 Scientists have created a new life form that's something between a frog and a robot. Using stem cells scraped from frog embryos, researchers from the University of Vermont (UVM) and Tufts University assembled "xenobots." The millimeter-wide blobs act like living, self-healing robots. They can walk, swim and work cooperatively. Refined, they could be used inside the human body to reprogram tumors, deliver drugs or scrape plaque out of arteries.

"These are novel living machines," says Joshua Bongard, a computer scientist and robotics expert at UVM who co-led the new research. "They're neither a traditional robot nor a known species of animal. It's a new class of artifact: a living, programmable organism."

To determine the best design for this new life form, researchers from UVM ran an evolutionary algorithm through a supercomputer. Then, the Tufts team assembled and tested the design using stem cells from the African frog species Xenopus laevis -- the xenobot name comes from this frog, not the Greek prefix meaning other or stranger.

What the team created is a body form never seen in nature. The cells work together, allowing the robots to move on their own in watery environments. They even spontaneously cooperated to move around in circles, pushing pellets into a central location.

The researchers point to the advantages of these "biological machines." Unlike robots made with steel or plastic, these would simply decompose after use. When sliced, they are able to regenerate and stitch themselves back together, something few other robots can do, and in addition to medical purposes, they could be put to use cleaning up radioactive waste or microplastics.

If you're starting to panic at the idea of supercomputers designing living robots, you're not alone. "That fear is not unreasonable," Levin says. "When we start to mess around with complex systems that we don't understand, we're going to get unintended consequences."

The researchers hope that the more we understand this technology and capability, the better off we'll be. Plus, the xenobots come preloaded with their own food source, which should run out in about a week, unless they're in a nutrient-rich environment. Don't worry though, these little guys can't reproduce or evolve -- at least not yet.

Via: CNN
Source: University of Vermont (1), (2)
In this article: algorithm, AOLoriginals, biodegradable, biological, biology, daily show, drug delivery, engadget, Engadget Today, engadget video, evolution, frog, life form, machine, medicine, robotics, robots, self-healing, stem cells, tomorrow, tufts university, university of vermont, uvm, xenobots
All products recommended by Engadget are selected by our editorial team, independent of our parent company. Some of our stories include affiliate links. If you buy something through one of these links, we may earn an affiliate commission.