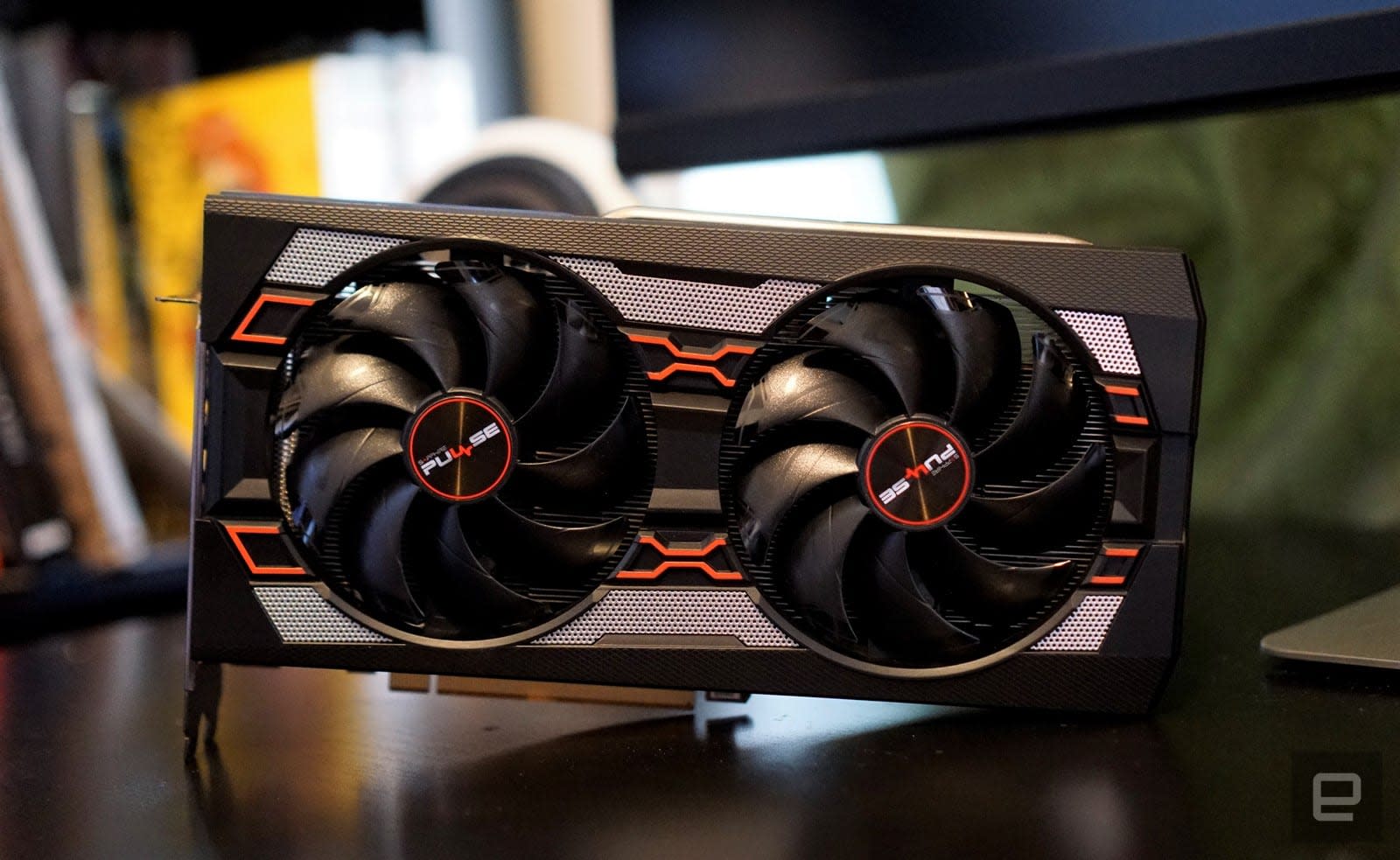 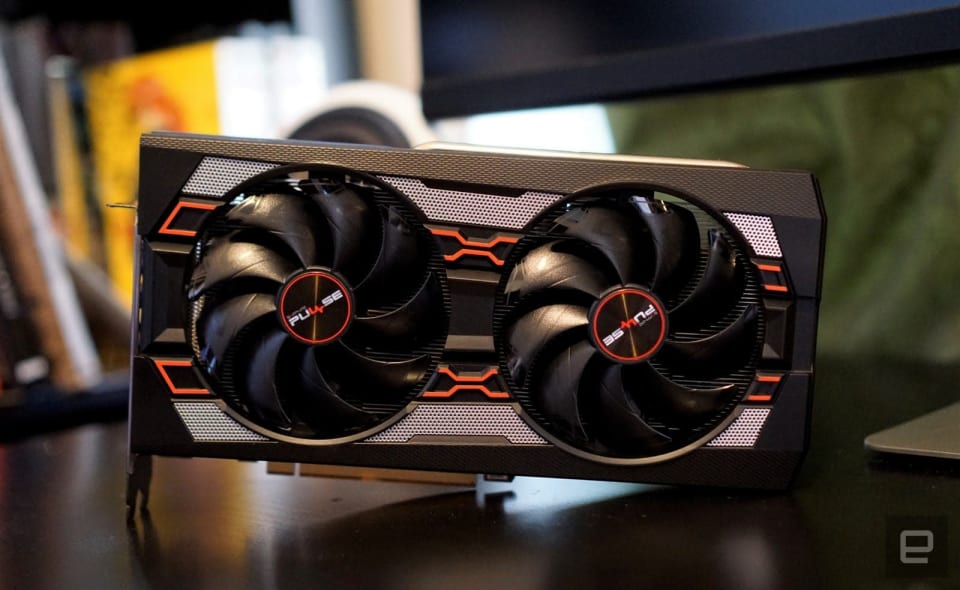 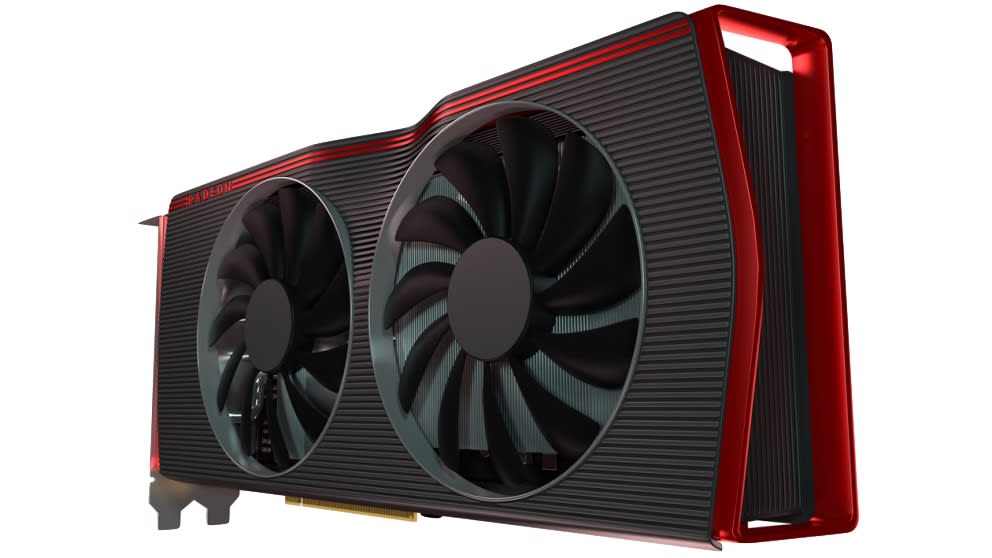 While AMD's RX Radeon 5700 and 5700 XT GPUs are solid options for gamers looking for great 1,440p performance, there's still a gap between those cards and the entry-level RX 5500. Enter the Radeon RX 5600 XT, AMD's middle of the road option for its new 7-nanometer RDNA architecture. It has one goal: deliver the best 1080p performance possible under $300. That might sound archaic when so many people are chasing the dream of native 4K, but AMD is positioning the 5600 XT more realistically as an ideal upgrade for gamers with older mid-range GPUs. (According to Steam's stats, its top three video cards -- the NVIDIA GTX 1050, 1050 Ti and 1060 -- are used by 35 percent of players.)

With the Radeon RX 5600, AMD delivers the most powerful 1080p gaming option on the market under $300. It’s a solid upgrade for anyone with a three-year-old GPU.

Be the first to review the Radeon RX 5600 XT?
Your ratings help us make the buyer’s guide better for everyone.
Write a review

For many gamers, 1080p is still their sweet spot resolution. After all, it's supported by plenty of older monitors and HDTVs. It's also the preferred choice for esports players, who prioritize higher frame rates over pixels. By sticking with a lower resolution, gaming monitors instead focus on going beyond the standard 60Hz refresh rate found on most displays, which delivers a far smoother playback experience. Nowadays, 144Hz 1080p panels (which can display up to 144 FPS) are practically the standard for esports aficionados, while 240Hz and even 300Hz screens are on the rise. On many monitors you'll also find AMD's FreeSync technology, which locks your framerate and refresh rate together to avoid image artifacts and make your gameplay look significantly better.

With the Radeon RX 5600 XT, AMD is specifically targeting players who demand speeds closer to 144 FPS at 1080p for competitive games like Apex Legends and Fortnite. It'll also handle more demanding titles, like Call of Duty: Modern Warfare and Gears 5 at around 90 FPS, which is a noticeable difference if you've got a high refresh rate monitor. It's also powerful enough to bump graphics settings to maximum on most games as well, which is something a three-year-old video card like the GTX 1060 would struggle with.

As you can probably tell from the GPU's specs, the RX 5600 XT isn't that far off from the 5700, performance-wise. In fact, both cards performed similarly in Hitman 2 and Destiny 2 with high graphics settings at 1080p and 1,440p. The Witcher 3, a notoriously demanding game, shows more of a difference between the 5600 and 5700, but even then the more expensive card is only around slightly faster in 1080p and 1,440p. (Note: At first, the 5600 also surprised us by outscoring the 5700's 3DMark results from our initial review. But after re-testing the RX 5700, its clear that its performance has dramatically improved with newer drivers.)

Of course, there's more than just a performance difference between the 5600 and AMD's more powerful cards. The Sapphire Pulse RX 5600 XT we reviewed looks and feels significantly cheaper than the reference 5700 and 5700 XT GPUs we saw last year. On the one hand, that might not matter much since it's stuck in your case most of the time, but the flimsiness of the shroud could cause issues as you're installing it. And that case also covers the GPU in a way that makes it hard to plug in the required 8-pin power connector without some serious finger gymnastics (not to mention scraped knuckles).

The 5600 XT's cooling system is effective, though: during our testing, it hovered between 65C and 70C under load, whereas its more powerful siblings reached up to 90C. The Sapphire's large fans were loud, they're not much of a problem if you're using a headset. But, if you want, you can lower the fan speed through AMD's Radeon software, in exchange for slightly higher operating temperatures. 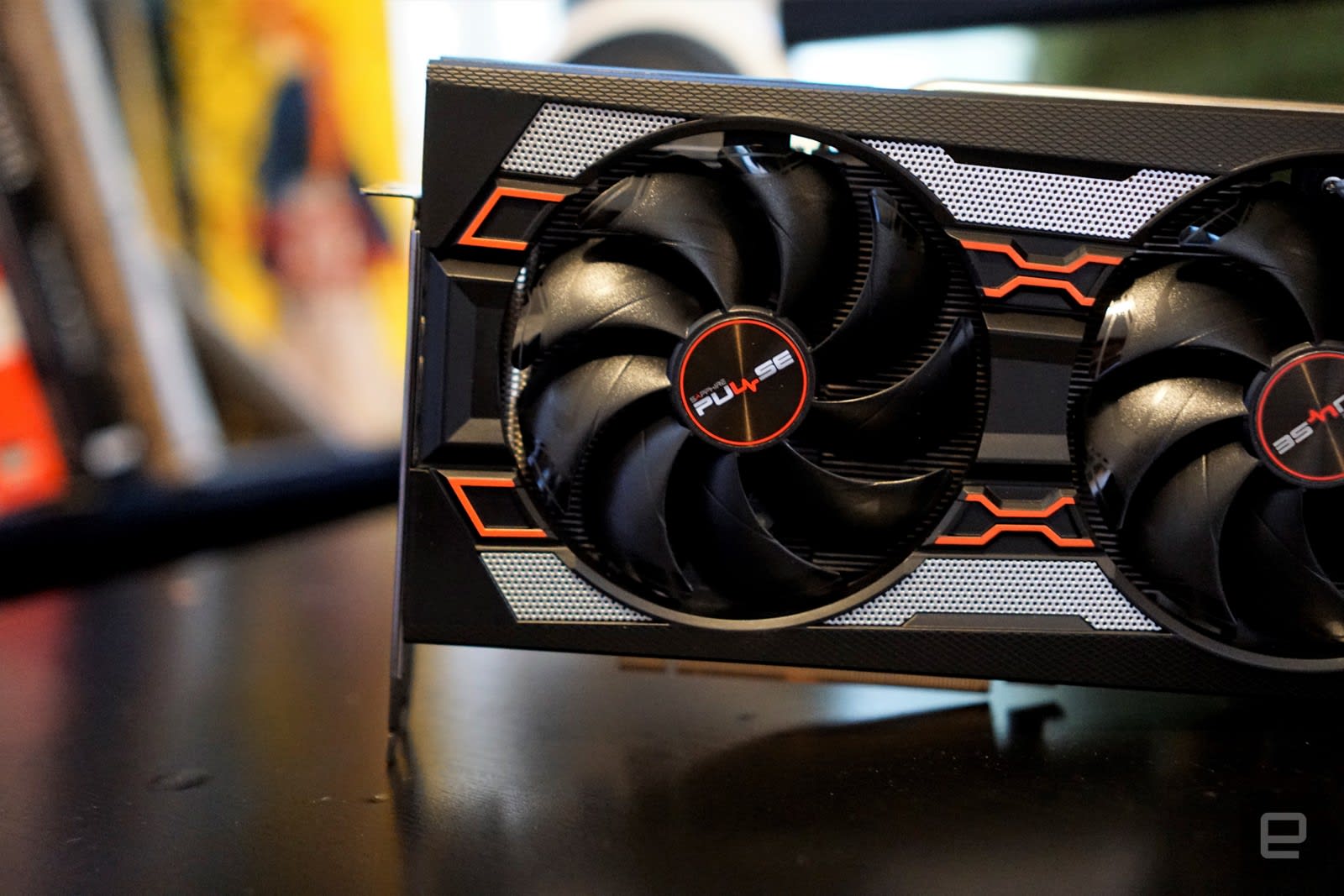 While I haven't tested NVIDIA's GTX 1660 Ti desktop GPU, which typically goes for $300, AMD claims the RX 5600 is around 20 percent faster with AAA titles like Gears 5 and Red Dead Redemption 2. According to Futuremark's database, the 1660 Ti scores 6311 on average with the Time Spy 3DMark test, which is around 300 points lower than the 5600.

Simply put, the Radeon RX 5600 is one of the best options today if you want the most fragging bang for your buck. It's fast enough to deliver high framerates in 1080p (and in many cases 1,440p); it doesn't generate much heat; and most importantly, you can nab it under $300. 1080p gaming isn't the most exciting topic these days, but AMD deserves credit for letting players get the most out of that resolution, without the expense of jumping to 4K.

In this article: amd, AOLoriginals, daily show, engadget, Engadget Today, engadget video, entertainment, gadgetry, gadgets, gaming, gear, GPUs, personal computing, personalcomputing, Radeon, Radeon RX 5600 XT, review, video cards
All products recommended by Engadget are selected by our editorial team, independent of our parent company. Some of our stories include affiliate links. If you buy something through one of these links, we may earn an affiliate commission.