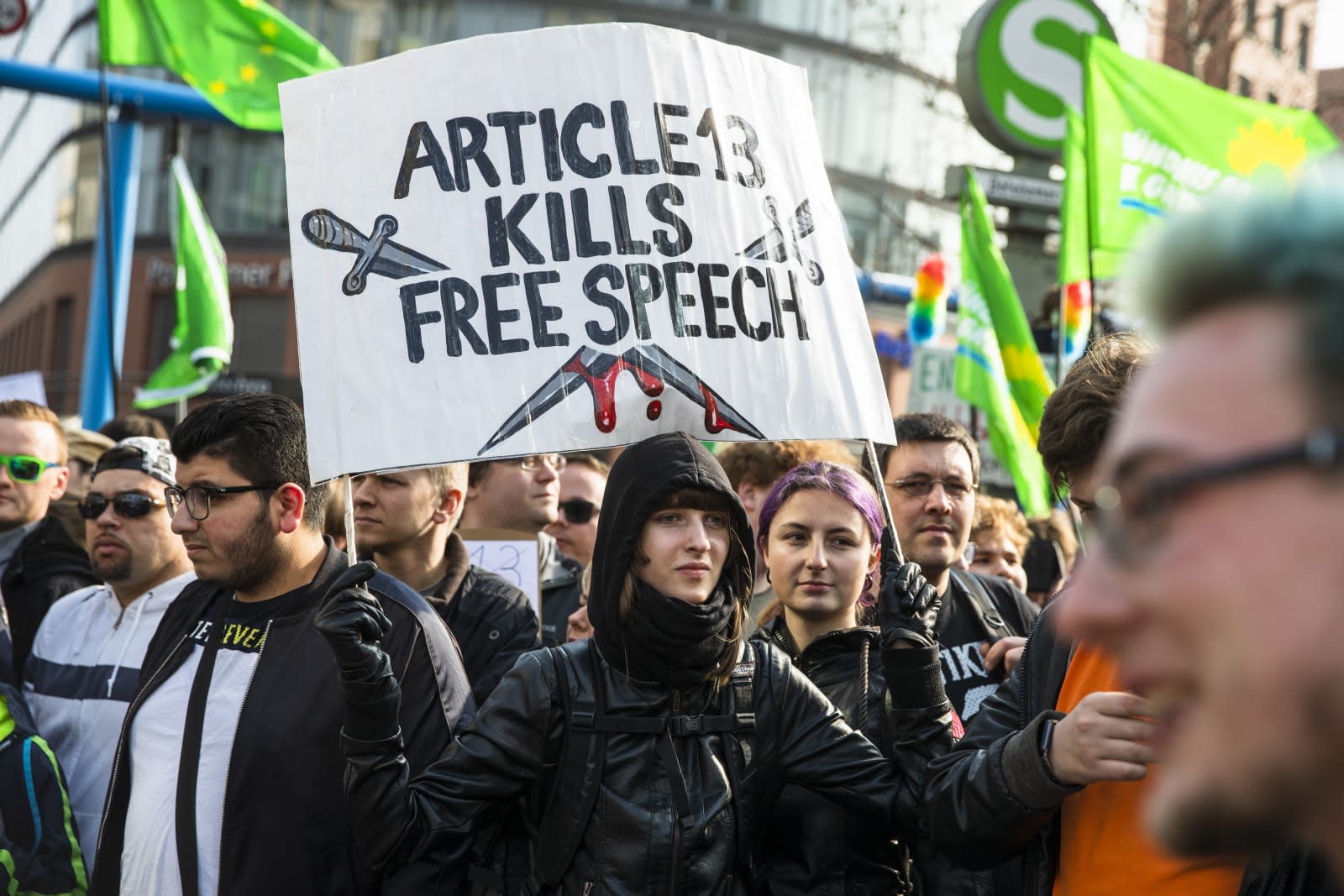 The UK may borrow some aspects of European Union law after Brexit, but the approach to digital copyright won't one of them. Universities and Science Minister Chris Skidmore has indicated that the UK won't implement the EU's Copyright Directive once it's out of the Union on January 31st. This will let British internet companies and users avoid contentious aspects like Article 13 (renamed Article 17), which requires that sites check all uploaded content for copyrighted material. The EU had softened the requirement to allow memes and other content that offers "quotation, criticism, review, caricature, parody and pastiche," but this would eliminate the requirement entirely in the UK.

Companies like Google also campaigned against Article 11, a segment that required news aggregators to pay for any quotes that went beyond very short excerpts. The decision against implementing the Copyright Directive will let internet giants carry on quoting larger sections of articles in news search results, much to the chagrin of some publishers.

This doesn't guarantee that the UK will maintain a looser approach to digital copyright. It's still eager to fight piracy. However, it's evident the country intends to go its own direction and doesn't feel pressure to clamp down on alleged abuse to the same degree.

In this article: article 13, brexit, copyright, copyright directive, eu, european union, fair use, gear, internet, politics, uk
All products recommended by Engadget are selected by our editorial team, independent of our parent company. Some of our stories include affiliate links. If you buy something through one of these links, we may earn an affiliate commission.