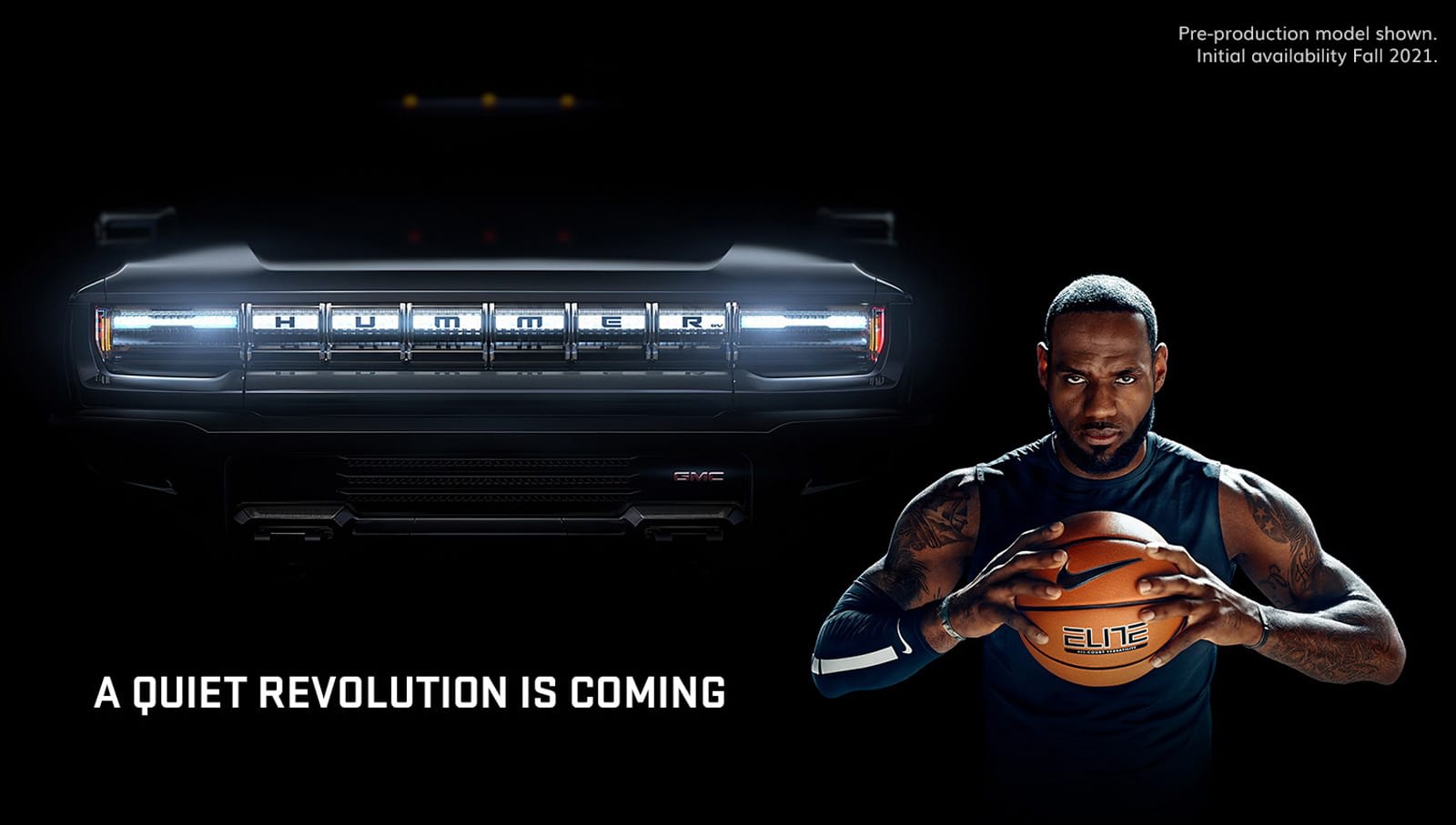 GM thinks it has a simple way to drum up hype for its future GMC Hummer EV: give it the kind of celebrity endorsement that sports fans would notice. The brand is airing a teaser commercial during the Super Bowl (in the third quarter for US viewers) that has no less than LeBron James pitching the all-electric pickup truck. Don't expect to see more of the Hummer than you have so far. Instead, this is more about the EV's combination of raw power with near silence... and, of course, equating James' basketball dominance with the Hummer's performance.

You still won't see the full reveal of the Hummer EV until May 20th, and it won't be available until fall 2021. There's no guarantee that it'll compare favorably to Tesla's Cybertruck or Ford's electric pickup. Still, the James ad says a lot about GM's expectations. Where it treated the Chevy Bolt almost as a side project (the Bolt has never been produced in truly large numbers), it's willing to spend a fortune on a Super Bowl ad with an NBA star to market a Hummer EV that won't be available for well over a year. GM undoubtedly wants this truck to be a mainstream hit, and it's hoping some early buzz will help make this happen.

Source: GMC, YouTube
In this article: ad, ads, advertising, electric car, electric truck, electric vehicle, ev, gear, gm, gmc, green, hummer, hummer ev, lebron james, pickup, pickup truck, super bowl, super bowl liv, transportation, truck, video
All products recommended by Engadget are selected by our editorial team, independent of our parent company. Some of our stories include affiliate links. If you buy something through one of these links, we may earn an affiliate commission.