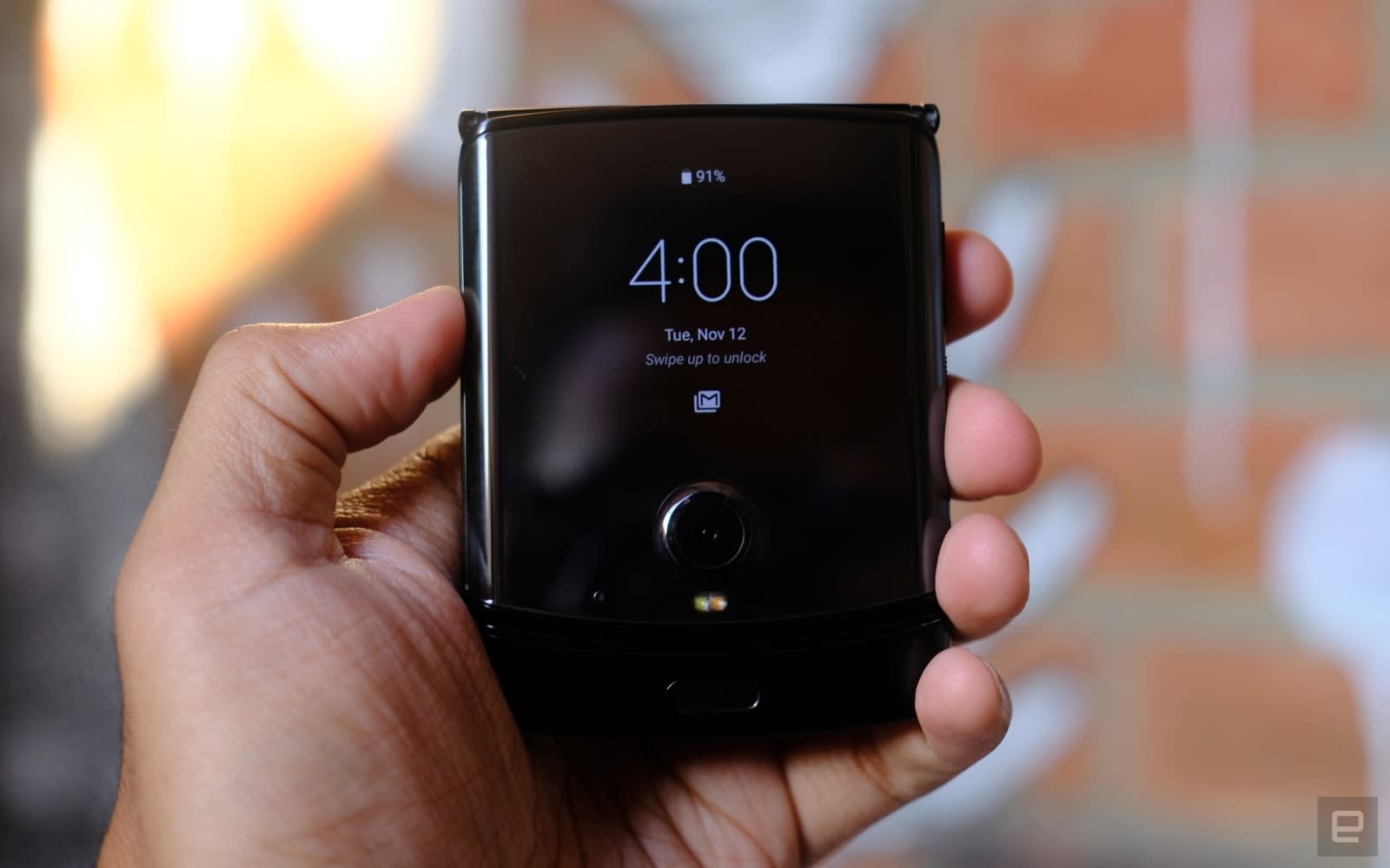 YouTube channel PBKreviews has given Motorola's modern Razr the teardown treatment a day before it becomes available. And based on how many screws and cables the host had to go through to get to the flexible display, you'll probably want to go straight to a repair center instead of trying to fix the device yourself in case anything happens to it.

In fact, you'll have to heat the back of the phone to loosen up the glue and pry it open with plastic implements before you can get to any of the device's internal components. Then, once inside, you'll have to contend with dozens of screws and cables. The display, which needs more TLC than a non-foldable screen, is the very last thing you'll remove from the whole assembly. PBKreviews says the teardown was far from easy and "would probably even go as far as saying [that the phone isn't] repairable at all by most people."

Motorola released a "Caring for Razr" video in January, telling users that "bumps and lumps are normal" on the phone's display. It suggests keeping it dry, not using screen protectors and closing the phone before tossing it in your pocket or purse to prevent accidents from happening. The good news is that it'll only cost $299 to have the Razr's screen repaired "for circumstances that fall outside of the warranty." Sure, that's no pocket change, but as Phone Arena notes, that's only $20 more than a new Galaxy Note display. It's also just a tiny fraction of the $1,500 you'd have to pay for a new Razr.

Via: Ars Technica, PhoneArena
Source: PBKreviews (YouTube)
In this article: gear, mobile, Motorola, Razr, teardown, verizon
All products recommended by Engadget are selected by our editorial team, independent of our parent company. Some of our stories include affiliate links. If you buy something through one of these links, we may earn an affiliate commission.