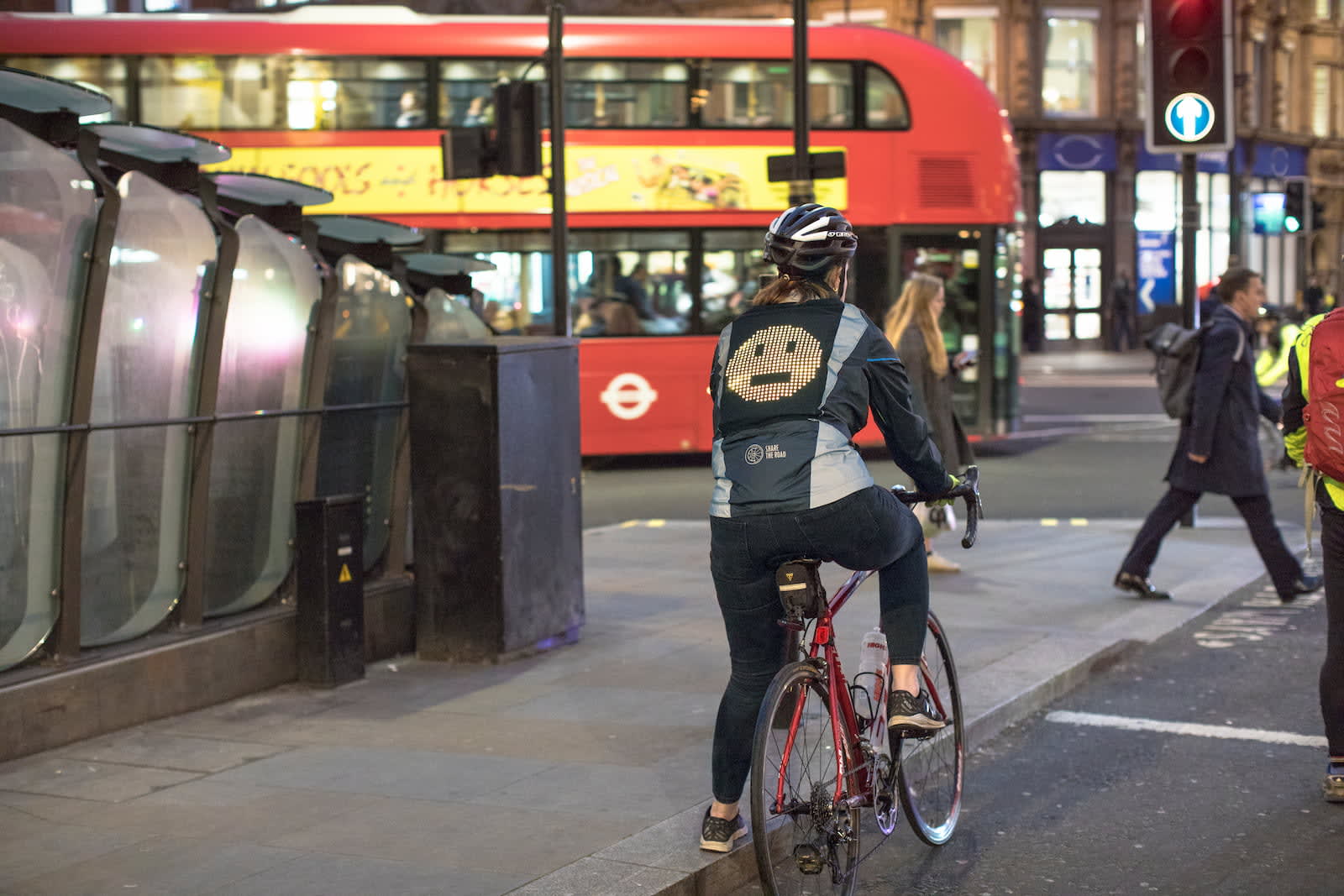 While the number of traffic accident fatalities in the US is thankfully decreasing, there were more cyclist and pedestrian deaths on the roads in 2018, the most recent year for which NHTSA data is available. There were 51 more cyclist deaths that year than in 2017, a rise of 6.3 percent. A recent European Transport Safety Council report, meanwhile, determined that 19,450 cyclists died on EU roads between 2010 and 2018.

To bolster road safety, Ford came up with a way to help cyclists communicate: a jacket that displays emoji. The prototype has an LED display on the rear that's linked to a wireless remote attached to the handlebars. A cyclist might use it to display turn signals or a hazard symbol. They could also indicate their general mood: happy, sad or somewhere in between.

Ford worked with cyclists and industrial designers from Designworks on the Emoji Jacket, which they created as part of the Share the Road safety campaign. Whether you'll be able to buy an Emoji Jacket at any point remains to be seen. If it does go on sale, though, it might help cyclists get their message across to drivers in a simple, visual way.

Source: Ford (YouTube)
In this article: clothing, designworks, emoji, ford, jacket, road safety, roadsafety, tomorrow, transportation
All products recommended by Engadget are selected by our editorial team, independent of our parent company. Some of our stories include affiliate links. If you buy something through one of these links, we may earn an affiliate commission.