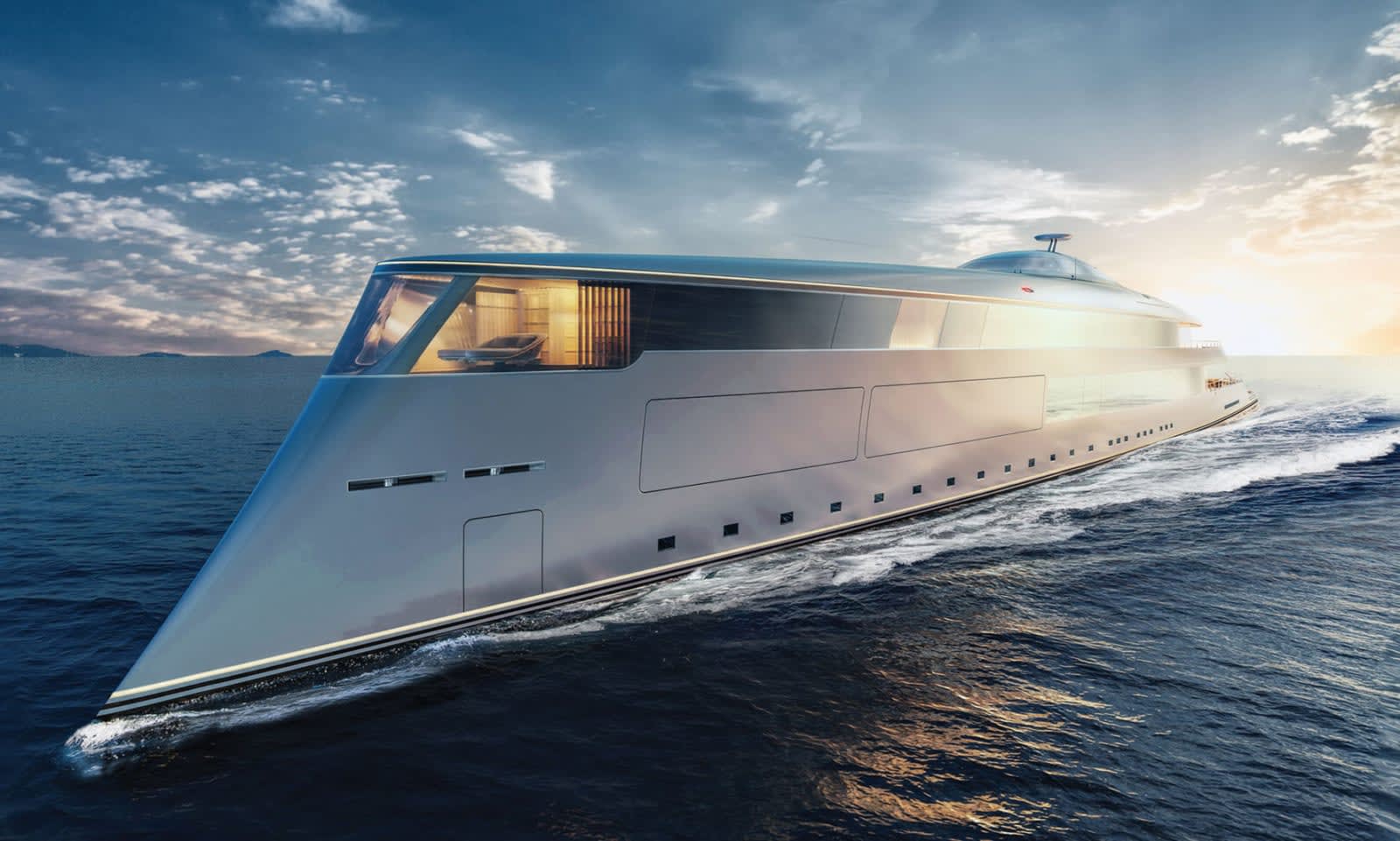 Bill Gates' investments in eco-friendly tech might include one of the more conspicuous symbols of his wealth. The Telegraph claims former Microsoft chief has tasked Feadship with building a vessel inspired by Sinot's Aqua, the world's first hydrogen fuel cell-based "superyacht." The roughly $644 million, 370-foot boat would have all the trappings of wealth, including five decks, space for 14 guests and 31 crew members and even a gym, but it would run on two 1MW motors fuelled by supercooled hydrogen tanks.

Sinot would even use gel-based fire bowls to keep passengers warm outside instead of burning coal or wood. It wouldn't be a fast mover with a 17-knot top speed (19.6MPH), but its 3,750-mile range should be enough for cross-ocean travel.

The vessel wouldn't be completely eco-friendly, though. As dockside hydrogen filling stations are more than a little rare, the Aqua would have a diesel engine backup to help it reach port.

The Gates Foundation and Gates Ventures both declined to comment to The Telegraph.

Aqua isn't expected to reach the sea until 2024, according to the report. It's easy to bring up criticism of the claimed purchase. Couldn't the money for this yacht go toward funding electric and hydrogen vehicle projects that could have more of an impact than one boat meant for pleasure cruises? Like Gates' investment in the sunlight electricity startup Heliogen, though, this could be as much about symbolic support for zero-emissions technology as anything else -- in this case, proof that powered boats don't have to make a huge dent in the environment.

Update 2/10 8:22AM ET: Sinot has updated its home page to say that reports of selling Aqua to Gates are "incorrect," and that there are no business links between the company and Gates. We've updated our piece accordingly to treat this as rumor rather than fact, and apologize for the mischaracterization.

Source: The Guardian, Sinot, The Telegraph (sub. required)
In this article: aqua, boat, gear, green, hydrogen, hydrogen fuel cell, ship, sinot, superyacht, tomorrow, transportation, yacht
All products recommended by Engadget are selected by our editorial team, independent of our parent company. Some of our stories include affiliate links. If you buy something through one of these links, we may earn an affiliate commission.