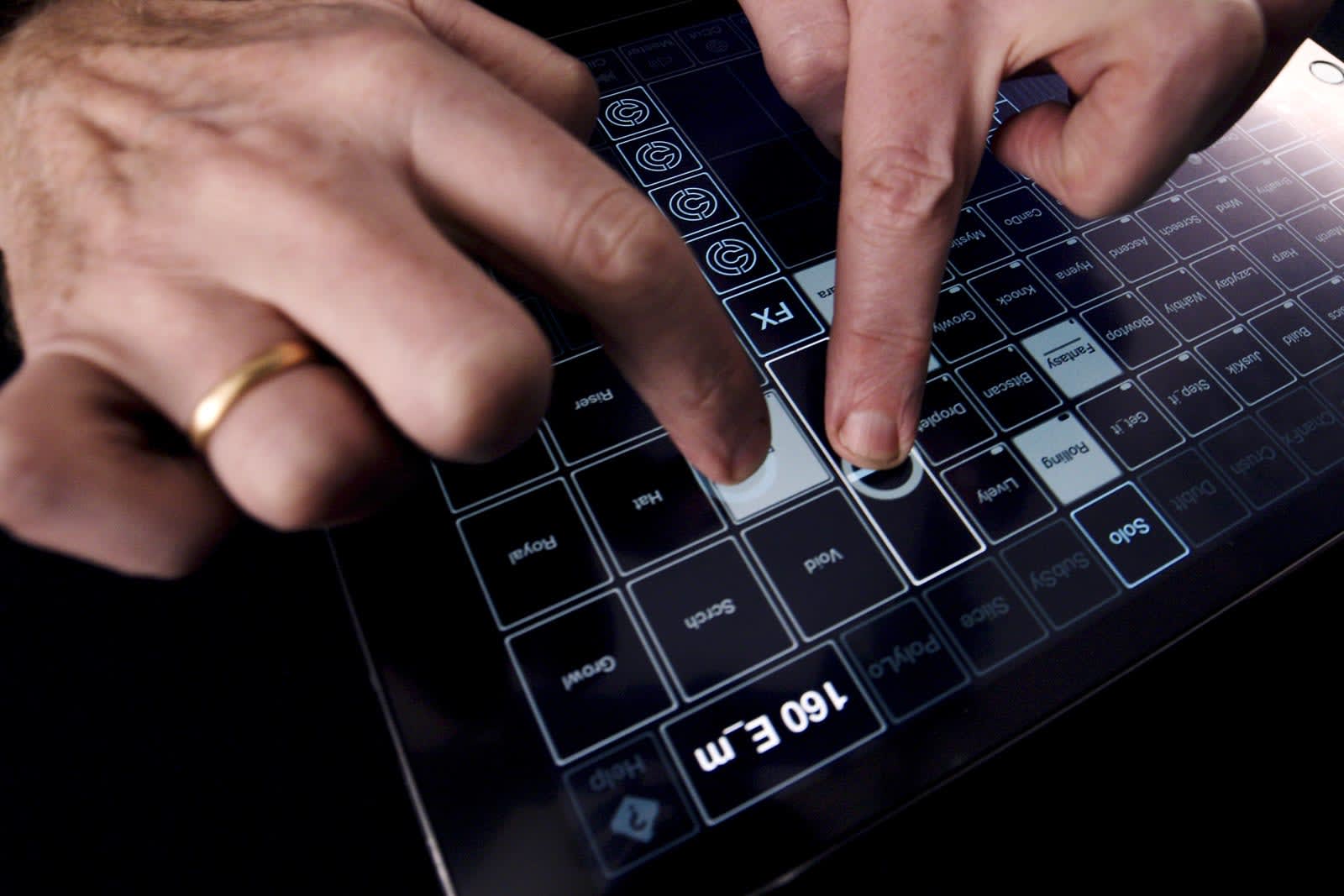 If you're an electronic music DJ and you want to produce a truly unique live performance, you might have found your tool. DJ duo Coldcut and its Ninja Tune label have released an iPad-only app, Jamm Pro, that promises both much more power than its Ninja Jamm predecessor and "extensive" modulation and patching abilities like those you'd find in a modular synth. There are four channels with nine sequencers each (modulation, slice, pitch/reverse/drill and gate) and up to 64 patches, allowing a staggering 2,304 sequencers for each sound pack (Sound Set in Ninja Tune's lingo). You can finally use your own samples as well, whether they're from Sound Sets, external sources or straight from the iPad's mic.

There are many more on-screen controls, as you might have guessed by the tablet-native design, and the app makes use of every inch of visual real estate. Each effect can be modified by dragging your finger along the button, giving you fine-grained control without having to let go of other controls. Inter-App Audio support lets you pull in work from drum machines and other music apps, while you can export multi-channel tracks to polish them in desktop apps like Ableton and Logic.

Jamm Pro will normally sell for $20, although it's available for $10 during its first two weeks on the market. Coldcut is clearly aiming at veterans (or at least determined amateurs) with this app, but that's part of the appeal. This could theoretically be the centerpiece of a live performance or a production studio, rather than a secondary app that merely fills gaps in your musical arsenal.

Source: App Store, Ninja Tune (YouTube)
In this article: app, av, coldcut, gear, ipad, jamm pro, mobile, modular synth, music, ninja tune, sequencer, video
All products recommended by Engadget are selected by our editorial team, independent of our parent company. Some of our stories include affiliate links. If you buy something through one of these links, we may earn an affiliate commission.