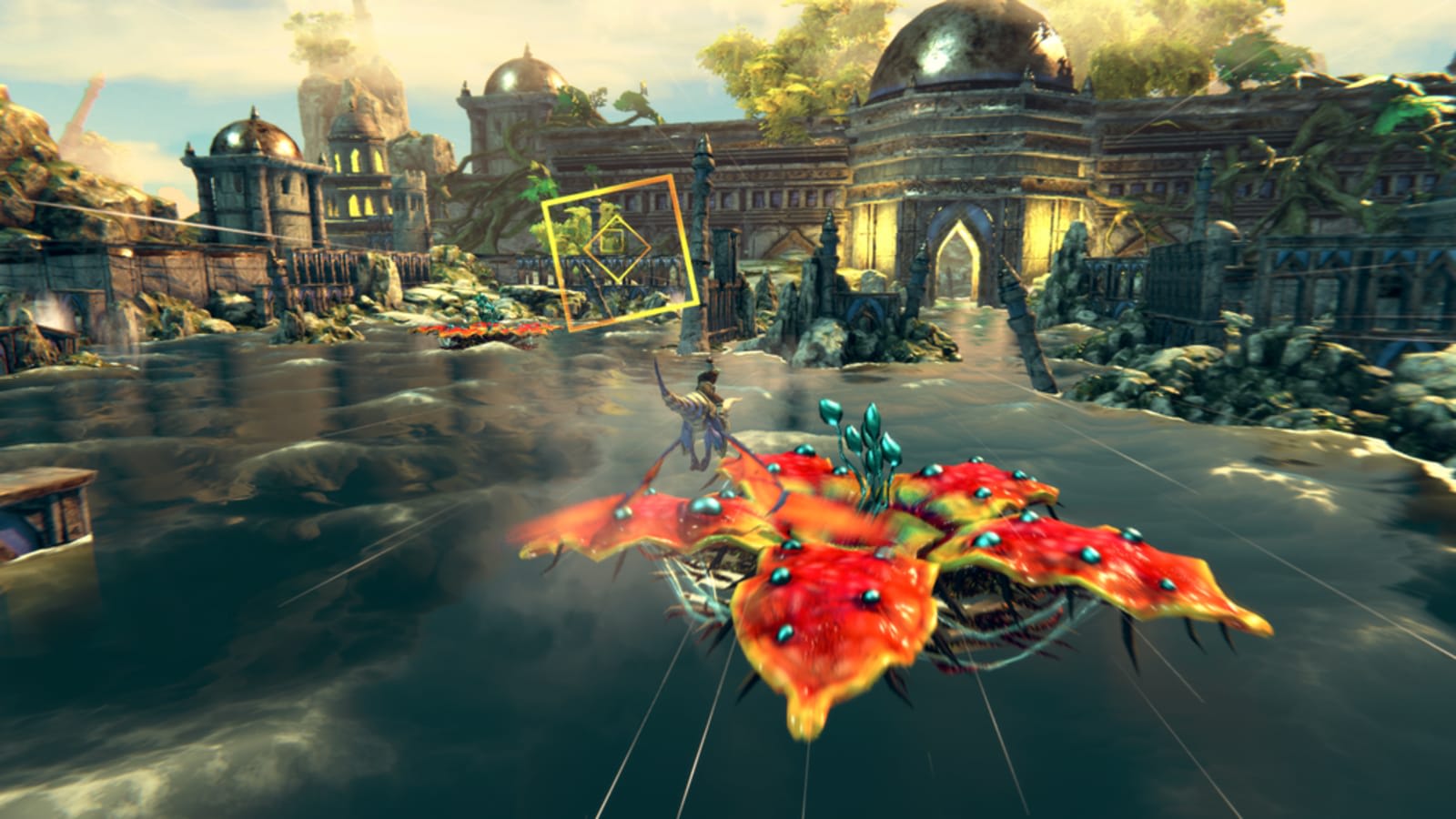 Google has announced its next batch of games for its Stadia streaming service. The quintet includes entries from franchises that might ring a bell: Panzer Dragoon and Serious Sam.

Panzer Dragoon: Remake is an updated version of the Sega Saturn classic with revamped visuals and controls. This won't exactly be a Stadia exclusive, though. A Switch version has been scheduled for a winter release while GOG also has a listing for the remake.

As for the other titles, Lost Words: Beyond the Page is a story-driven 2D platformer that takes place inside a girl's diary. You'll solve puzzles by interacting with words as you explore a fantasy world. It'll arrive on Stadia in the spring in what appears to be a timed exclusive. Lost Words: Beyond the Page is also slated for release on Steam, PS4, Xbox One and Switch.

Also on the docket are 3D tower builder Stacks On Stacks (On Stacks) and a chaotic-looking arcade multiplayer called Spitlings. Stadia hasn't had many exclusives to date, with Gylt, Get Packed and Orcs Must Die 3 among those that were previously confirmed or released. But even then, those are only timed exclusives, as they're likely to make their way to other platforms.

Google has said more than 120 games will join the Stadia lineup this year, including at least 10 timed exclusives in the first half of 2020. Delays to major titles including Cyberpunk 2077, Marvel's Avengers and Gods and Monsters will have been a blow to gamers and the Stadia team, though. Whether the latest announced titles are enough to smooth over player complaints about the Stadia lineup remains to be seen, but at least Google is offering some firm details on what's heading to the platform.

Update: This post was modified after publish to better clarify which titles are timed exclusives.

Source: Google Stadia
In this article: av, gaming, google, google stadia, googlestadia, lost words beyond the page, lostwordsbeyondthepage, panzer dragoon, panzer dragoon remake, panzerdragoon, panzerdragoonremake, serious sam, serioussam, spitlings, stacks on stacks on stacks, stacksonstacksonstacks, stadia
All products recommended by Engadget are selected by our editorial team, independent of our parent company. Some of our stories include affiliate links. If you buy something through one of these links, we may earn an affiliate commission.