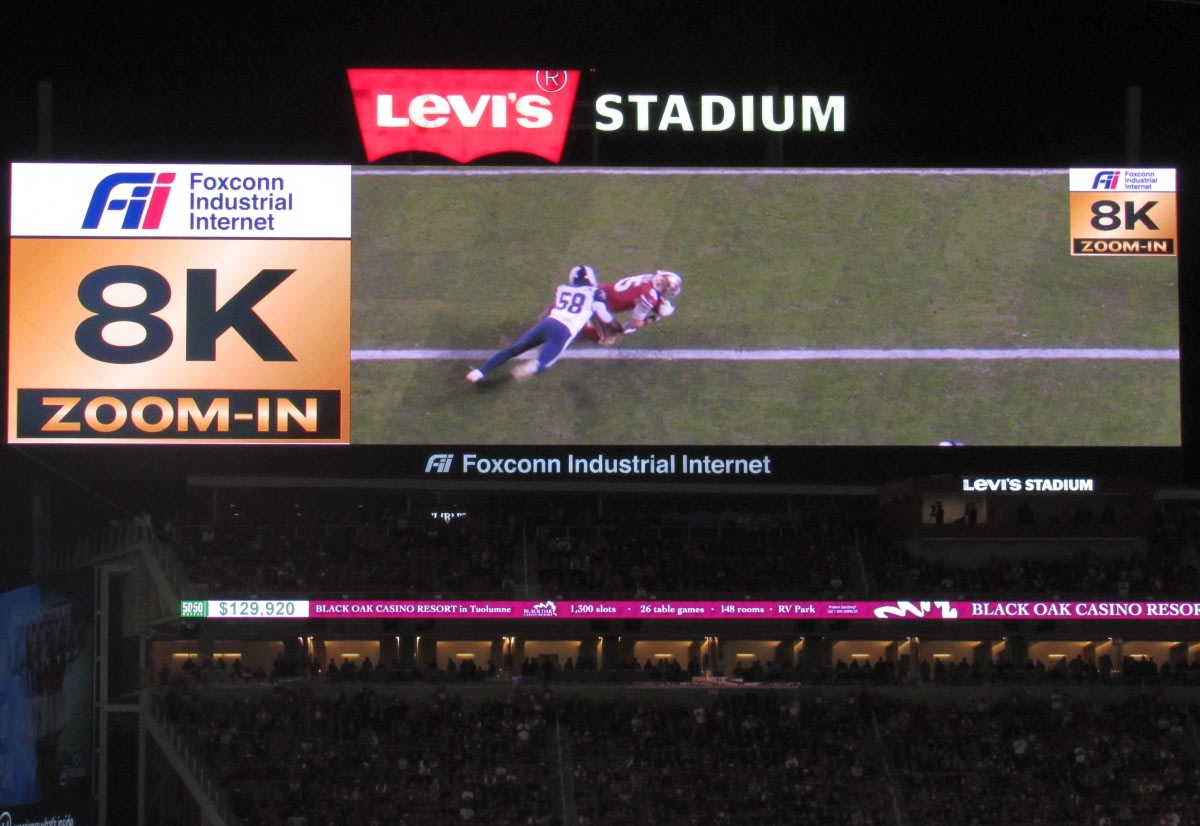 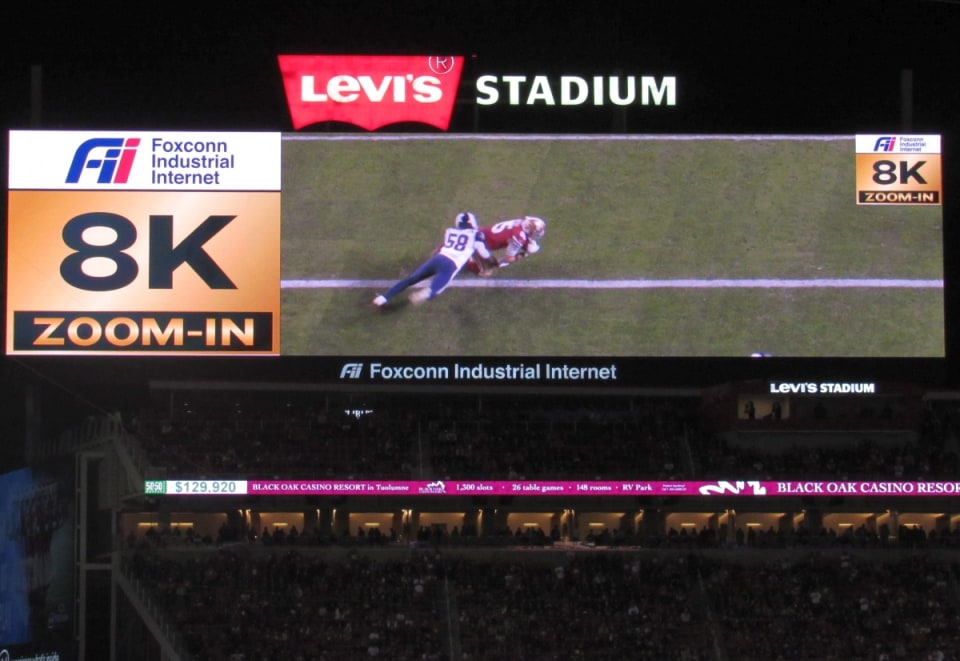 Even with fan presences limited or eliminated due to COVID, sports stadiums continue to host games. Now Levi’s Stadium — which launched as a “temple of football and high technology” six years ago — where the 49ers play is leaping forward with the first 8K replay system. While the case for 8K in broadcasting and home usage is still controversial, the implementation in Levi’s Stadium is important enough that 49ers Vice President of Game Day Production and Broadcast Operations Aron Kennedy told Engadget that they consider it a “home field advantage.”

By adding five 8K cameras to “digitally map the field” (across the goal lines, sidelines and from above with an All-22 camera angle), the new system has enough information to zoom in close on the action without losing any detail, and broadcast a 1080p feed to the stadium’s 200x48 foot video boards. The cameras capture everything at 120 fps, so slow-motion video and freeze-frame stills are possible with little or no motion blur. At that resolution, the team can zoom in up to 400 percent without losing any detail in 1080.

In California fans are still prohibited from the stadium so they won’t see it on the boards, but referees might, and a clear view of who touched the fall, whether someone was grabbed, or when and where a foot hit the ground could make all the difference. The first 8K test run happened during a game last year against the Rams, with more tests during home games in the last month.

Check out this sample clip for an idea of how the system looks in action.

While you won’t see any 8K at home, the first game with the system officially in use is next week’s Thursday Night Football matchup against the Packers. According to Kennedy, a TV broadcast could pull the 1080 signal from the compiled feed, and if higher-res broadcasts become the norm, there’s enough unused dark fiber in the stadium to enable 4K or 8K distribution.

The project is the result of a partnership with Foxconn Industrial Internet (Fii) that started last year, and included replacing the displays in Levi’s Stadium with Sharp monitors. The 8K cameras are made Astro Design, and each push up to 6 Gbps of data that has to be distributed, processed and stored by the replay system. That’s why the 49ers say their system “is able to ingest the highest amounts of data for any existing stadium.”

A decade ago, stadiums were doing battle over who could boast the largest HD video board. If a high-res replay system like this makes the difference in the NFC West playoff race, we might see a similar arms race over adding resolution to make sure refs see everything they need to see.

In this article: 8K, Levi's Stadium, 49ers, NFL, Fii, Sharp, 120 fps, instant replay, feature, gear
All products recommended by Engadget are selected by our editorial team, independent of our parent company. Some of our stories include affiliate links. If you buy something through one of these links, we may earn an affiliate commission.