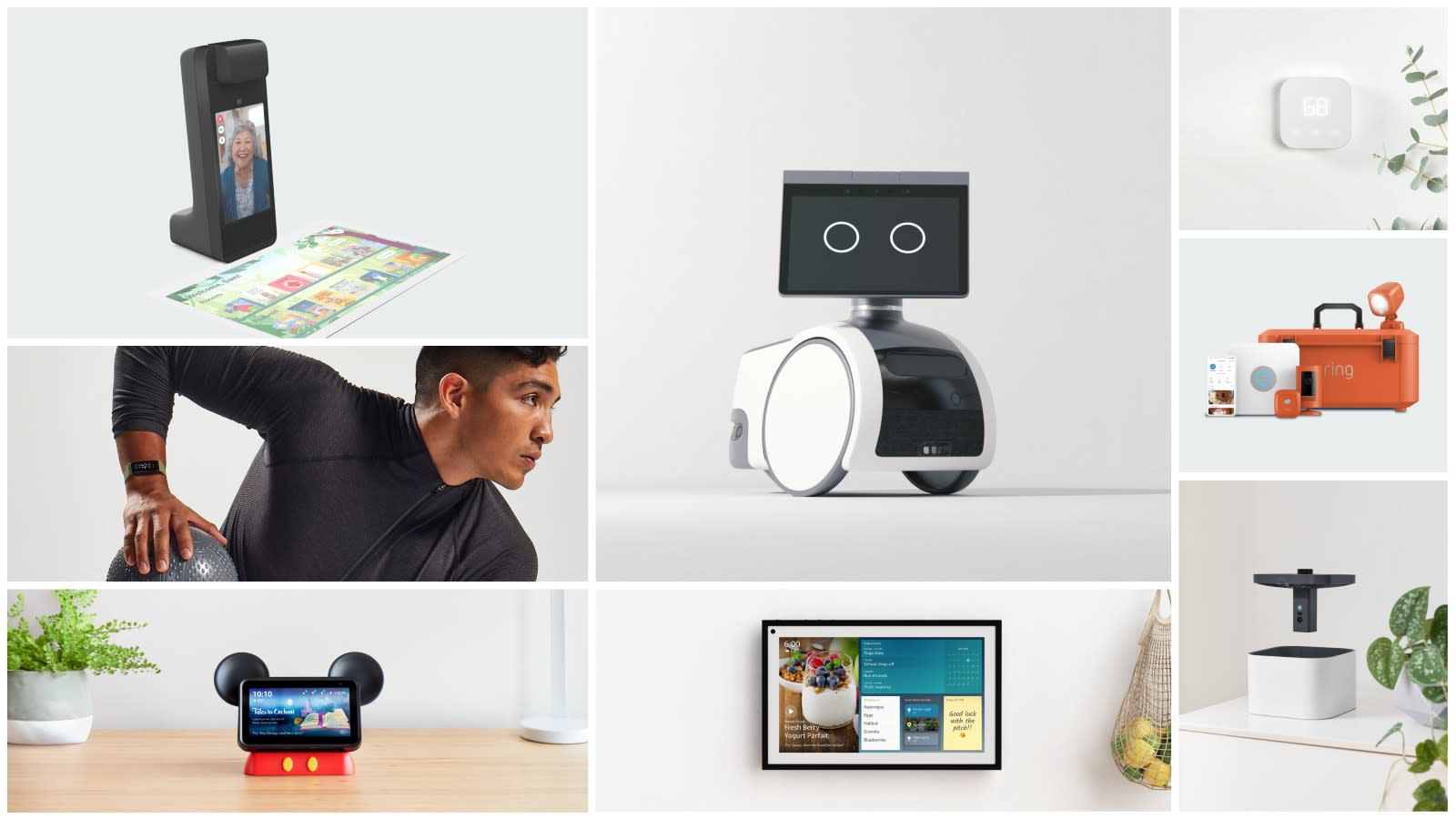 Here's everything Amazon announced at its September hardware event

Say hello to Astro and the rest of the company's new hardware lineup.

Amazon held its annual fall hardware event on Tuesday. It's too bad the company didn't stream the proceedings to the public because it was jam-packed with announcements. We saw everything from new Echo devices to an Alexa-powered robot. But worry not, we have you covered. Here's everything the company announced today.

In an event packed with offbeat products, Amazon saved its most unusual one for last. In Astro, the company has created an Alexa-powered robot that can move around your home. It has three primary functions. It can provide home security, check-in on loved ones and pets and offer Alexa functionality on the go. When it becomes available later this year, Astro will cost $999.99 before it eventually increases to $1449.99 at a later date.

Amazon is adding yet another model to its Echo Show family. Its latest addition features a 15.6-inch 1080p display that the company envisions you mounting on the wall in spaces like your home’s kitchen. New to the Echo Show 15 is a redesigned home screen that emphasizes Alexa widgets. The smart display also features a camera and a new feature that will adjust the contents of the home screen to you when the device recognizes your face. Sales of the $250 Echo Show 15 will start later this year.

Amazon had two major announcements related to its Halo fitness product. First, the company introduced its new Halo View fitness band. In short, Amazon essentially added an AMOLED color display to its Halo wearable and made the resulting device cheaper. It doesn’t come with the tone-detecting microphone that made the company’s first foray into fitness wearables so controversial, but what it can do is track your heart rate, skin temperature, steps and more. Halo View isn’t available to purchase just yet, but it will cost $80 when it does become available.

Outside of new hardware, the company announced Halo Fitness and Halo Nutrition, two new features that will come included with its yearly $80 Halo subscription. The former is an alternative to Apple Fitness+ and other similar services. The latter, meanwhile, includes personalized recipes and meal planning. Halo Fitness will roll out later this year, while Halo Nutrition will arrive at the start of 2022.

The award for the second-most offbeat device Amazon announced at its annual event goes to Glow. It’s a teleconferencing display the company designed for kids. Glow includes a projector that can create a 19-inch touch-sensitive playspace for all the games and activities included with the device. Glow will cost $249.99 when it goes on sale in the next few weeks, but Amazon said that's just an introductory price.

Amazon wouldn’t be Amazon if the company weren’t trying to create more affordable versions of some of the best-selling products on its marketplace. So it should come as no surprise it announced an Alexa-enabled smart thermostat that only costs $60.

Outside of new hardware, Tuesday’s event saw the company announce various updates for its Alexa. In brief, the company worked with Disney to make a voice assistant that will be available on Echo devices and Walt Disney World Resort hotel rooms. It also introduced a feature called Alexa Together that turns an Echo speaker or smart display into an emergency support device for your family members. Lastly, the company is adding offline voice support for Alexa devices.

Follow all of the news from Amazon’s fall hardware event right here!