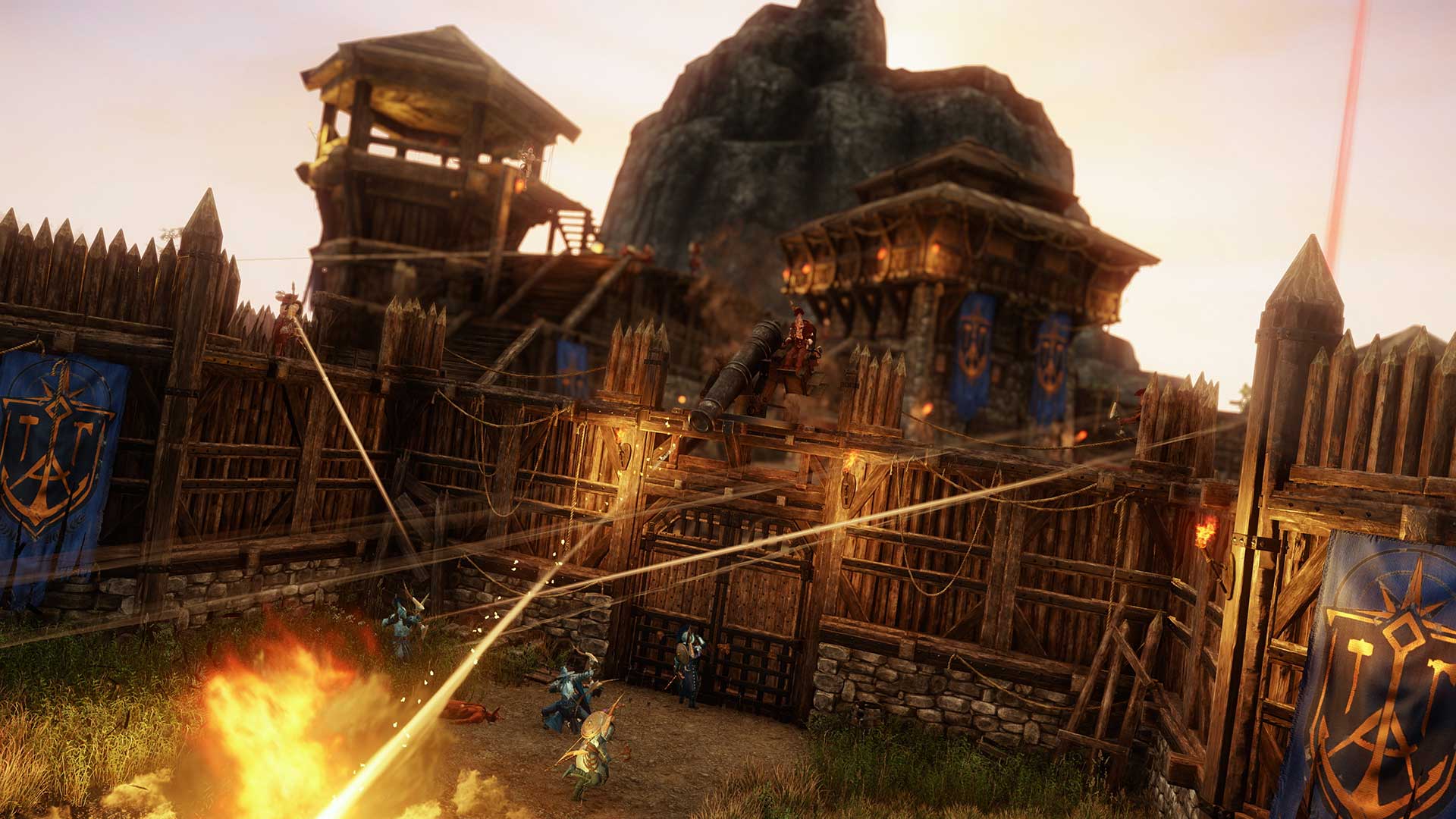 Amazon’s New World MMO will apparently have an intricately detailed war system, based on the company’s latest post about the game. As part of New World’s Developer Diary Series, Amazon has revealed how players will be able to wage war against each other and showed off the siege platforms and traps they can use.

A faction can only declare war against another if it has weakened a territory enough, the post reads, and wars will be scheduled to avoid raiding and fighting during inconvenient hours for participants. The game will beam players to the battlefield from wherever they are when the time comes for battle. And once they’ve arrived, they need to capture three Rally Points in front of the defenders’ fort if they’re the ones attacking before they can breach the fort gates and capture the territory.

Unfortunately, you’ll have to wait a bit longer to experience a New World war yourself. Amazon recently had to push back its release date to August 25th, 2020 and its Closed Beta launch to July due to the coronavirus pandemic.

An important message from the New World Team: https://t.co/b6CIyNdtO5 pic.twitter.com/cZi6JcIixv

In this article: amazon, New World, MMO, news, gaming
All products recommended by Engadget are selected by our editorial team, independent of our parent company. Some of our stories include affiliate links. If you buy something through one of these links, we may earn an affiliate commission.