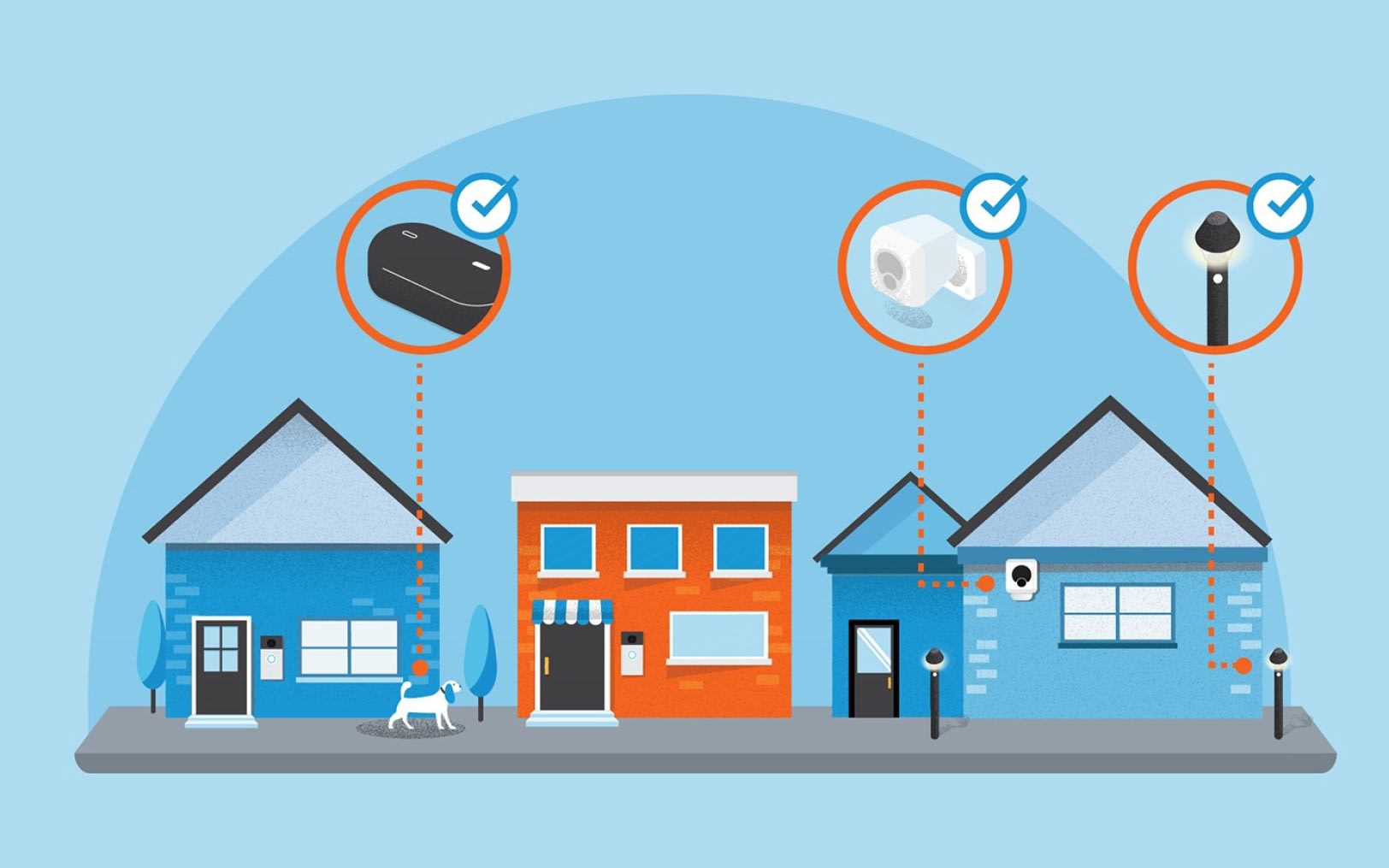 Last fall, Amazon announced Sidewalk, a way to keep low-power, low-bandwidth IoT devices connected even when they’re far from your WiFi router. Today, Amazon revealed a few new details, including the addition of Echo and Tile devices. The company plans to launch Sidewalk “later this year.”

Sidewalk will use the 900 MHz spectrum to extend WiFi networks so that they can reach connected devices that would typically be out of range, for instance, smart lights at the end of your driveway. WiFi will pass through Sidewalk Bridge devices, like Ring Floodlight Cams, Ring Spotlight Cams and Echo products. Sidewalk-enabled devices (including Tile trackers) will be able to connect to nearby networks through those Bridge devices, and neighborhoods can join forces to create a low-power, community-wide network powered by their WiFi routers and channeled through Bridge devices.

Amazon hasn’t revealed a release date, but we can expect this to arrive before the end of the year. Ring Floodlight and Spotlight Cams will soon receive an email and notification in the Ring app with more info about participating and setting their control preferences. Echo customers will receive a similar notice later this year. Customers who own Bridge devices can opt-out of Sidewalk without impacting the functionality of their device, Amazon says.

The company swears this system is secure and that it uses three layers of encryption to keep data shared over the network safe. Users who pool bandwidth with neighbors cannot view data sent from neighbors’ devices, and maximum upload limits will preserve bandwidth for other users.

In this article: ring spotlight cam, amazon, low-power, neighborhood, iot, 900 mhz, ring, ring floodlight cam, echo, sidewalk, connected, wifi, tile, news, gear, tomorrow
All products recommended by Engadget are selected by our editorial team, independent of our parent company. Some of our stories include affiliate links. If you buy something through one of these links, we may earn an affiliate commission.