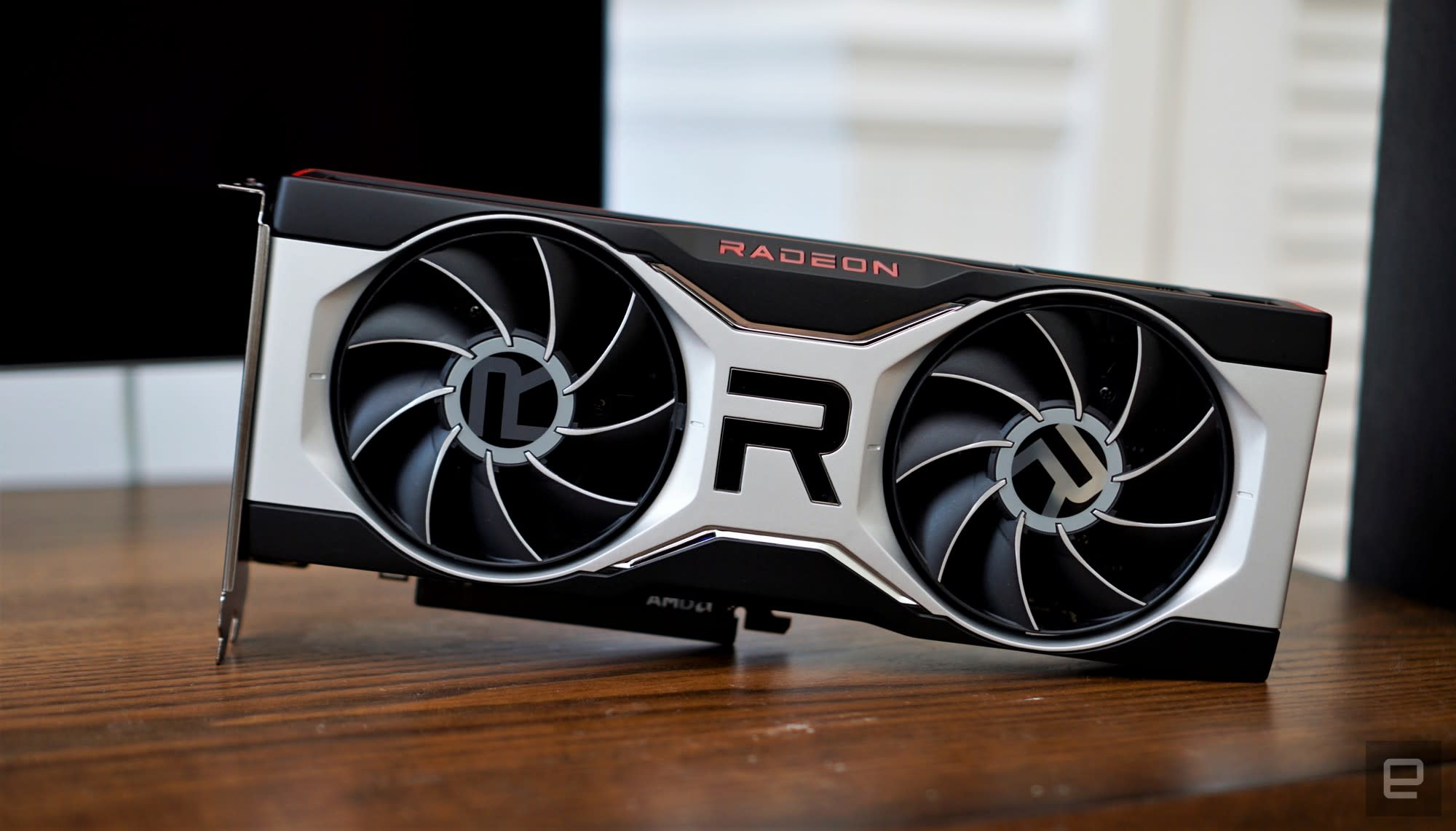 In a radical change of pace, AMD aimed for the high end of the GPU market with its first three RDNA 2 GPUs. The message was clear: It was ready to go toe-to-toe with NVIDIA's best hardware. Before that, AMD had spent the last few years aiming for mid-range and budget video cards, the sort of things most gamers could realistically buy. The $479 Radeon RX 6700 XT is the company's return to mid-range GPUs, albeit one that's $80 more than its predecessor, the 5700XT. On paper, it's a capable new entry, one that can compete directly with NVIDIA's $499 RTX 3070 and $399 RTX 3060 Ti.

But who am I kidding? Those OEM prices are pure fantasy by the time these cards reach retailers. RTX 3070 cards typically sell for upwards of $700 these days, if you can find one in stock at all. And the supposedly affordable RTX 3060 often hits upwards of $600 (based on Newegg's listings). AMD isn't immune to that curse either — the $649 RX 6800 XT often sells for more than $1,000. Scalpers aren't the only problem: The constrained supply chain for chips and other components due to the COVID-19 pandemic has also driven up prices considerably. AMD says it's aiming to deliver more 6700 XT GPUs to retailers than its last batch of cards, and it'll have other (unnamed) strategies in place to avoid stock issues. 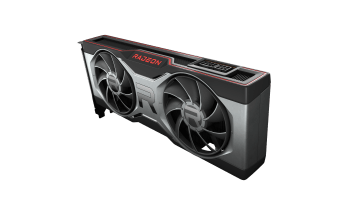 All we can do is hope. For now, we'll judge the 6700 XT based on its supposed launch price, just like we've done for every GPU over the last decade. In that respect, it's pretty compelling: The 6700 XT features 40 compute units, 12GB of RAM and a gaming clock speed of 2.4GHz. In comparison, the $100 more expensive RX 6800 sports 60 compute units, 16GB of RAM and a gaming frequency of 1.8GHz. Clock speed isn't everything, especially when you've got more graphics cores at work, but it's clear that AMD is trying to make up for the 6700 XT's lesser hardware by cranking things up a notch. (Its game frequency is even 400Mhz higher than the top-end $999 RX 6900 XT!)

The card's design, unsurprisingly, fits right in alongside the Radeon RX 6800 and 6800 XT. The big differences? It's shorter than those beefy GPUs, and consequently it only has two cooling fans. But even though it's cheaper than the rest of the family, the 6700 XT still feels like a premium device. Some may prefer the slightly more refined look of AMD's last-gen GPUs, with their sleek blower coolers. But I'll take a slightly more garish aesthetic if it means the 6700 XT can disperse heat more effectively. As for connectivity, you've got the usual three DisplayPort 1.4 connections and an HDMI 2.1 port.

The RX 6700 XT clocked about the same 1440p performance in Hitman 2 as RTX 3060 Ti, though once again came out ahead in 4K. That may make it seem like a solid value, but if the RTX 3070 ever comes back down to its $499 price, it would be a far more capable performer in both respects. The 3DMark TimeSpy benchmark (which runs in 1440p) lays out the differences even more strikingly: The RTX 3070 simply blows away AMD's card.

When it comes to ray tracing performance, I really wasn't expecting much from the 6700 XT. That was basically the Achilles heel of both the RX 6800 and 6800 XT, and I couldn't imagine AMD would somehow improve things with an cheaper GPU. In the 3DMark Port Royal benchmark, which specifically tests ray tracing performance, the 6700 XT clocked 1,000 points less than the RTX 3060 Ti, and an astounding 2,000 points less than the RTX 3070. While playing Control, the AMD GPU struggled to keep a steady 40 fps with high graphics settings and ray tracing in 1440p. In comparison, the RTX 3070 was able to reach 50 fps with the same settings, and sailed past 65 fps once I enabled NVIDIA's DLSS feature.

So no, this isn't the card to get if you really care about ray tracing. Perhaps AMD will be able to smooth out some performance issues with driver updates, but it seems more like a fundamental architecture problem at this point. NVIDIA is already on its second generation of ray tracing hardware, after all. And DLSS, which renders games at lower resolutions and uses AI upscaling to approximate sharper graphics, goes a long way towards delivering higher frame rates. Maybe I would have seen better results if I was using a Ryzen chip — AMD claims its Smart Access Memory feature can boost performance up to 16 percent between its GPUs and CPUs. But, thanks to chip shortages, that's not something I could easily test in time for this review.

While gaming and benchmarking, the RX 6700 XT reached up to 78 celsius, a far cry better than the 90c temperatures I saw on AMD's previous generation GPUs. (Admittedly, those were also tested during a warm summer.) Unfortunately, the 6700 XT's fans are noisy little beasts that whir up at the slightest hint of GPU load. That's true of many GPUs these days, but these were loud enough that they started to interfere with my podcast recordings at times.

If the GPU market were less volatile, I would easily recommend either the RTX 3060 Ti or 3070 over the Radeon 6700 XT. The former at $399 would still offer comparable performance, while the latter at $499 is only slightly more expensive than AMD's GPU, while absolutely trouncing it in benchmarks. But based on how things are going, you'll have a hard time actually seeing those prices in stores. So the card you get may just come down to what's in stock. And if you can easily snag the 6700 XT for $479, it makes more sense than paying upwards of $600 for the 3060 Ti.

Reviewing a video card these days is a bit like reading tea leaves. It's unclear if the products we're testing will actually be available for consumers to buy, and the real-world pricing is anyone's guess. At the very least, the 6700 XT fills a significant mid-range hole for AMD, and it's a decent performer if you don't really care about ray tracing. But given the state of the market today, I have a hard time recommending any GPU purchase until prices stabilize significantly.