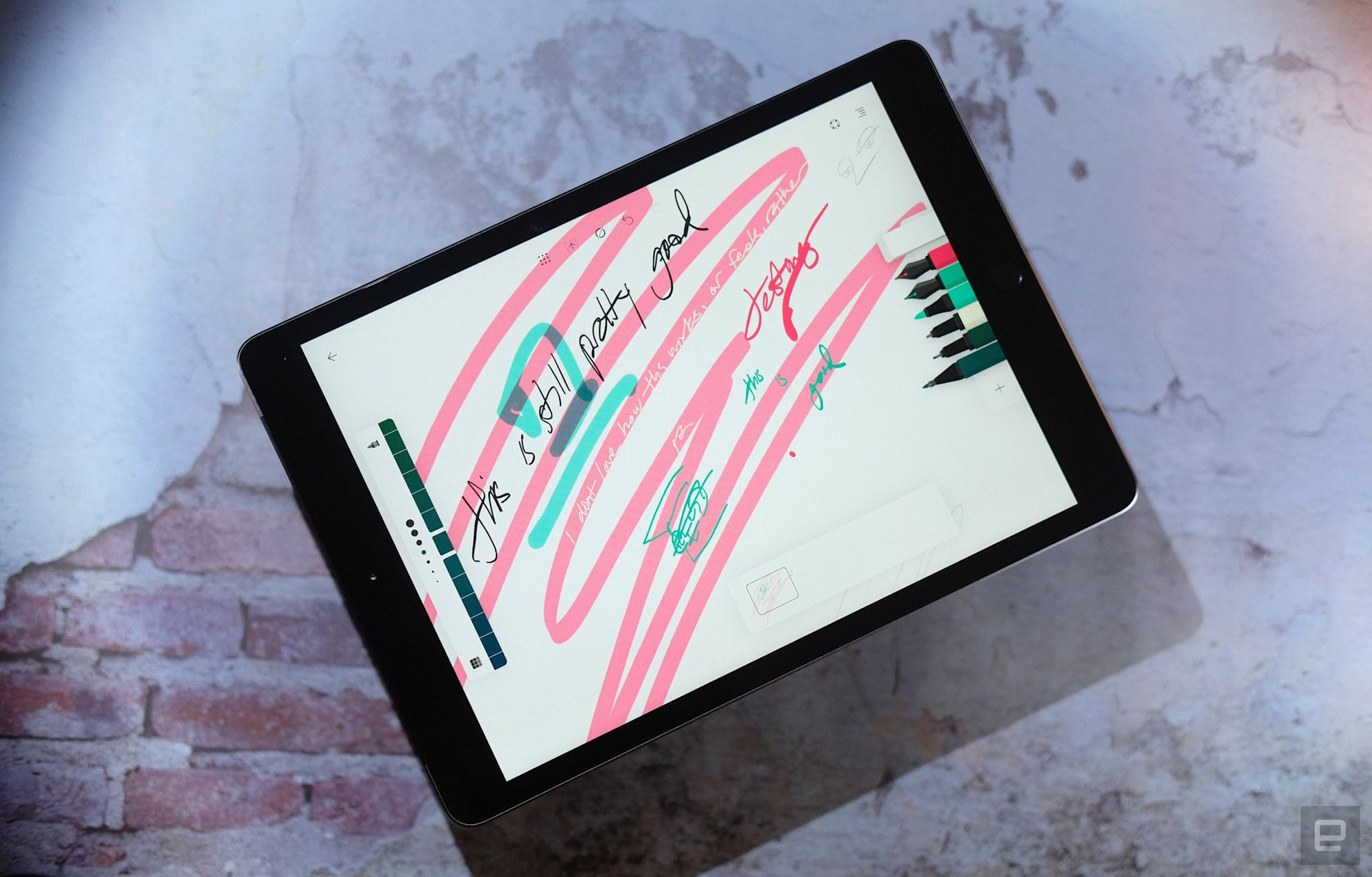 If you missed the opportunity to pick up the 10.2-inch iPad when it was $250 earlier this month, Apple's entry-level tablet is once again on sale. This time around, both Amazon and Best Buy are selling the 32GB base model 10.2-inch iPad for $250. That's an $80 savings off the device's usual list price and matches the best deal we've seen for it.

If you want the tablet in a particular color, your choices are limited; both Amazon and Best Buy currently only have the space gray model in stock. Similarly, if you want more storage you don't have much choice. Of the two retailers, only Amazon has supplies of the 128GB model. Moreover, at just $30 off, it's also not the most compelling deal.

If you can get past its aging design, Apple's entry-level iPad is one of the best tablets you can buy for the price. Engadget's Chris Velazco gave the device a score of 86 when he reviewed it last fall. Despite its reasonable price, it has all the features we've come to expect from Apple's tablet lineup, including a bright and vivid display, excellent first- and third-party software support and about 10 hours of battery life. It's not the fastest iPad in Apple's lineup, but it should have more than enough computing power for most people.

The closest competitor to the 10.2-inch iPad is Samsung's Galaxy Tab S5e. It features a 10-inch Super AMOLED display, a midrange Snapdragon 670 processor and a more modern design. However, the most significant difference is that it comes with Google's Android operating system. Generally, iOS boasts a greater variety of apps designed specifically for tablets. In recent years, Apple has also done an admirable job of building out features that take advantage of the iPad's strengths.