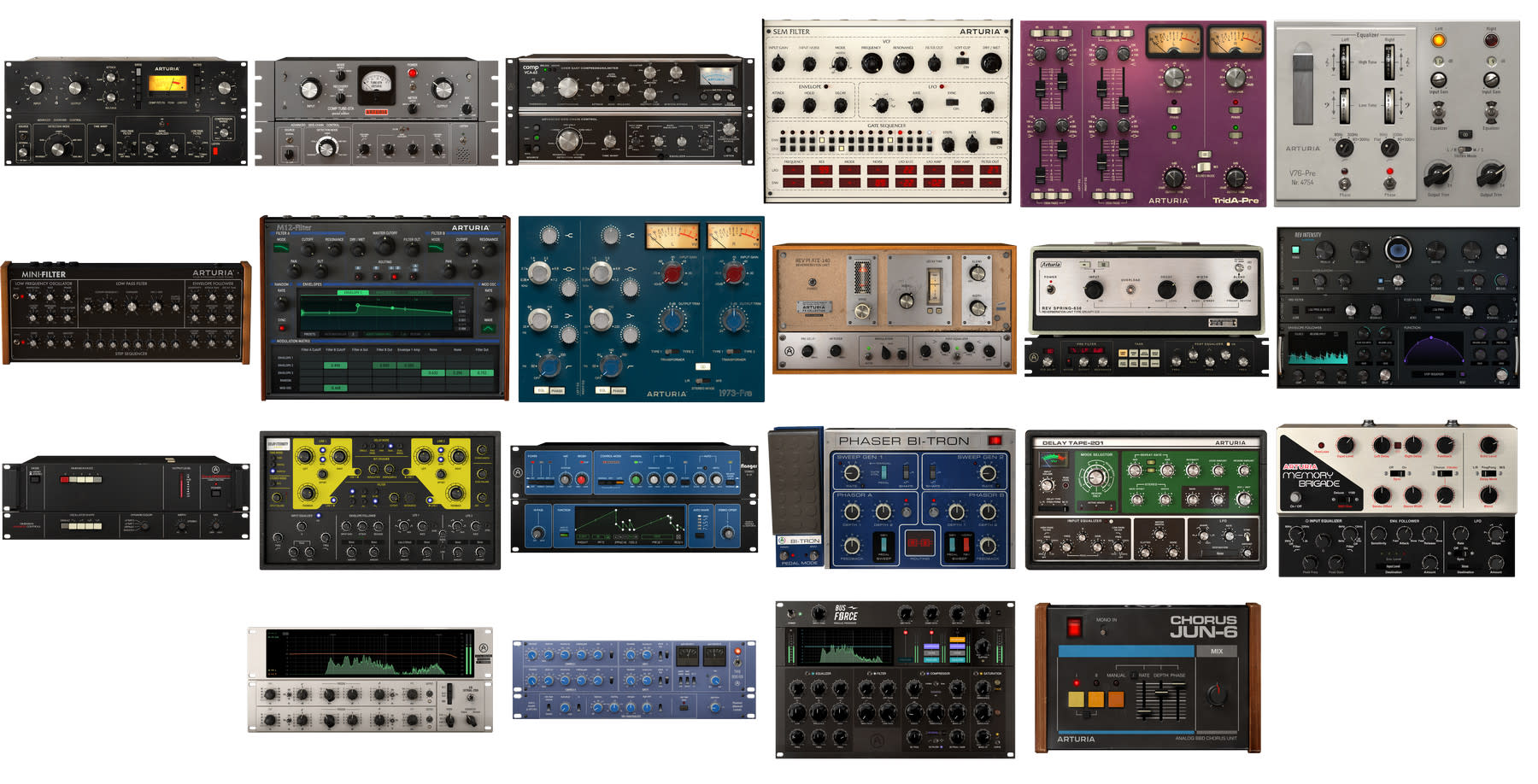 The company's effects set is functional and versatile, if a bit pricey.

Arturia’s FX Collection bundle has never been the obvious bang-for-your-buck must-have that the company’s Analog Lab or even V Collection is. Fifteen effects plugins for $399 just isn’t as clear a bargain. But, 22 effects… that’s sounding like a much better deal.

The effects themselves are all excellent. And if you’ve ever used any of Arturia’s meticulous software emulations, you’ll know what to expect. The hardware that inspired each plugin is faithfully recreated and then quietly expanded on with controls hidden under an “advanced” panel. But the aesthetic is consistent. If you’re not a huge fan of skeuomorphic design you probably won’t love the look of these FX. But don’t worry, the sounds will probably win you over.

While the Comp DIODE-609 and EQ SITRAL-295 (the Neve and Siemens emulations, respectively) both sound great, the Bus FORCE is probably my favorite of the new effects. It’s a completely original plugin designed by Arturia that combines an EQ, limiter, compressor and saturator. Basically, you could slap it on every track or on your master and do a lot of your fine tuning with it.

I’m particularly in love with the saturation section of the circuit. I’m a sucker for gritty and distorted sound and this delivers those with aplomb. Plus, it’s got a lot of different options for dialing in saturation and overdrive separately, and you can choose even or odd harmonics, or both. And you can even turn on and off a clipping circuit and set the level at which your audio clips. I will say, though, that the clipping is a touch too harsh even for my tastes. It’s a bit more digital sounding than the straight saturation and overdrive.

Speaking of crunch, the Delay Tape-201 plugin has been updated with new preamp options that allow you to go cleaner or dirtier. I was already a huge fan of this recreation of the Roland RE-201 Space Echo, and the addition of a modeled germanium preamp just makes me love it all the more. If you’d rather skip the original preamp and the germanium one, you can also just turn off the preamp circuit entirely. Then you can bring in your own or just keep it crisp and clean.

The rest of the effects aren’t changed in any dramatic way, but there are new in-app tutorials to help you get the lay of the land, a simplified preset browser borrowed from the V collection and 200 new presets.

While the lack of major updates to the existing plugins might be a bit of a bummer to some who already own FX Collection, for those new to the series it won’t matter as much. The Flanger BL-20, Phaser Bi-Tron, Rev Plate-140, Filter M12, etcetera are all still here and all still sound terrific.

All together it makes for a pretty solid upgrade. And, until June 25th the FX Collection 2 is on sale for just $299 which makes it all that more appealing.

All products recommended by Engadget are selected by our editorial team, independent of our parent company. Some of our stories include affiliate links. If you buy something through one of these links, we may earn an affiliate commission. All prices are correct at the time of publishing.
View All Comments
Arturia FX Collection 2 packs 22 plugins ‘you’ll actually use’