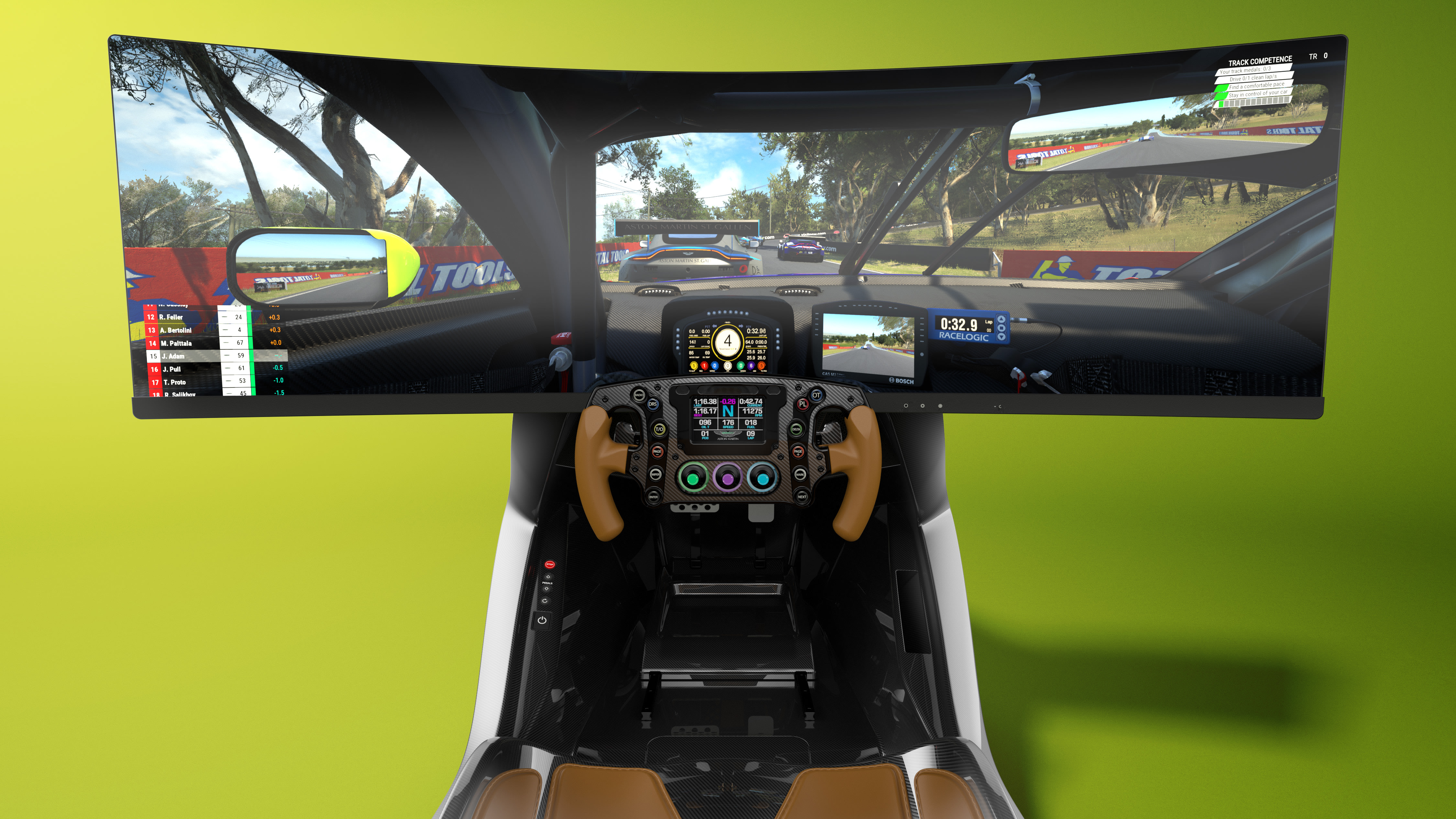 The pandemic and need for social distancing have pushed esports into the mainstream, and the world of car racing has taken note. First, NASCAR replaced its canceled races with pro-driven esports races, which broke viewing records. Now, not to be left in the dust, Aston Martin wants in on some of that action. Today, the company announced plans to build a $74,000 racing simulator. It is “the ultimate in luxury esports experiences” for people who have a little extra cash on hand.

“This was a challenge for the design team as, although the simulator isn’t a car, it is inspired by our racing cars,” said Marek Reichman, Aston Martin Chief Creative Officer. “It needed to exude the same elegance, boasting the same dynamic lines and balance of proportions as any Aston Martin with a racing lineage. I can picture the AMR-C01 in the most beautiful of residences as a sculptural work of art in its own right.”

Aston Martin took a similar approach with its long-promised all-electric Rapid E. It said it would sell just 155 of those 604 HP EVs, but early this year, it scrapped plans for the vehicle. The company says it will begin delivering the ARM-C01 by the end of this year. We’ll see if a $74,000 racing simulator can have better success than a super-charged electric sedan.

In this article: Aston Martin, racing, racing simulator, esports, luxury, vehicle, curv racing, arm-c01, news, gear
All products recommended by Engadget are selected by our editorial team, independent of our parent company. Some of our stories include affiliate links. If you buy something through one of these links, we may earn an affiliate commission.