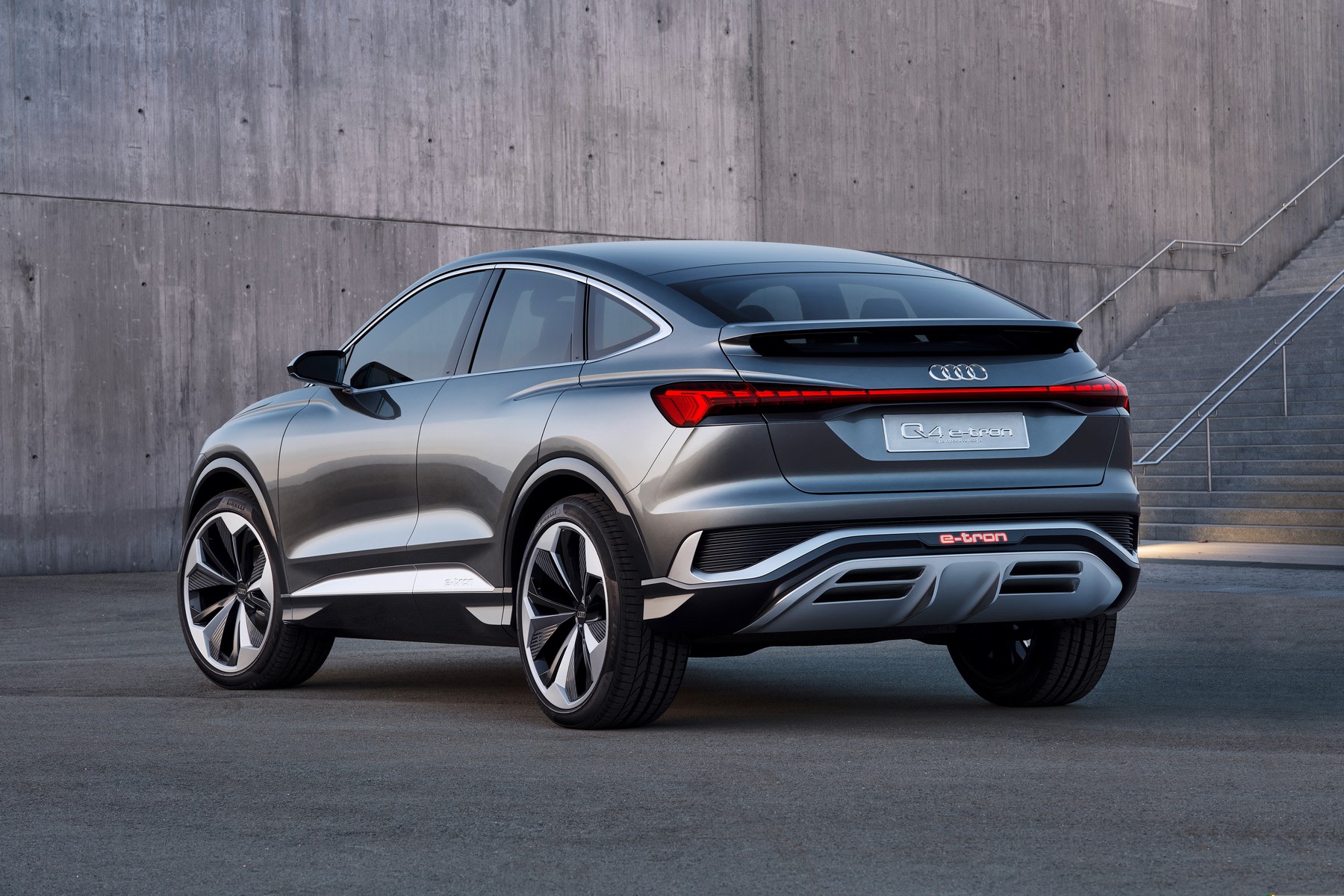 Audi wants to give prospective buyers of its electric Q4 SUVs plenty of options, so it has just unveiled the Q4 Sportback E-Tron concept — a “sexy back” coupé version of the Q4 E-Tron SUV it unveiled last year. The two vehicles will share Audi’s modular electrification platform (MEB), meaning the Sportback will pack an 82 kWh battery with 280 miles (WLPT) of range. It also shares the same 225kW electric powertrain that can propel it from 0-62 mph in 6.3 seconds.

The interior, lighting, modeled fenders, large 22-inch wheels and other features will be the same on both vehicles, too. However, where the original Q4 E-Tron gives off a rugged SUV vibe, the Q4 Sportback concept has a more refined, rounded look. The D-pillars at the rear also slope more, making the Sportback version look longer, Audi noted.

Inside, you’ll find a large-format heads-up display with a new augmented reality feature. That can display key info like GPS turning arrows “directly on the course of the road,” Audi said. It also offers a 12.3-inch touchscreen for infotainment and vehicle functions, with a strip of buttons below the A/C for control.

Both Q4 E-Tron vehicles are smaller and considerably cheaper than the original E-Tron and E-Tron Sportback EVs. They can go farther on a charge, to boot, as the original Sportback E-Tron is only rated for 270 miles (max) by WLPT standards. The quattro all-wheel drive Q4 Sportback versions will go 280 miles, while the rear-wheel drive versions will be rated for up to 311 miles, again by WLPT standards (EPA ratings will be considerably less).

Audi hasn’t released pricing for the Q4 Sportback E-Tron yet. However, the regular Q4 E-Tron model is expected to cost in the neighborhood of $45,000, so the Sportback version should be around that price too. That’s a full $30,000 less than the regular E-Tron, and puts the Q4 Sportback E-Tron into the Tesla Model 3 and Model Y price category. While it won’t match those vehicles in terms of range, Audi buyers can probably expect a higher level of build quality.

In this article: production, Q4 sportback e-tron, EV, Audi, 2021, electric car, concept, news, gear
All products recommended by Engadget are selected by our editorial team, independent of our parent company. Some of our stories include affiliate links. If you buy something through one of these links, we may earn an affiliate commission.