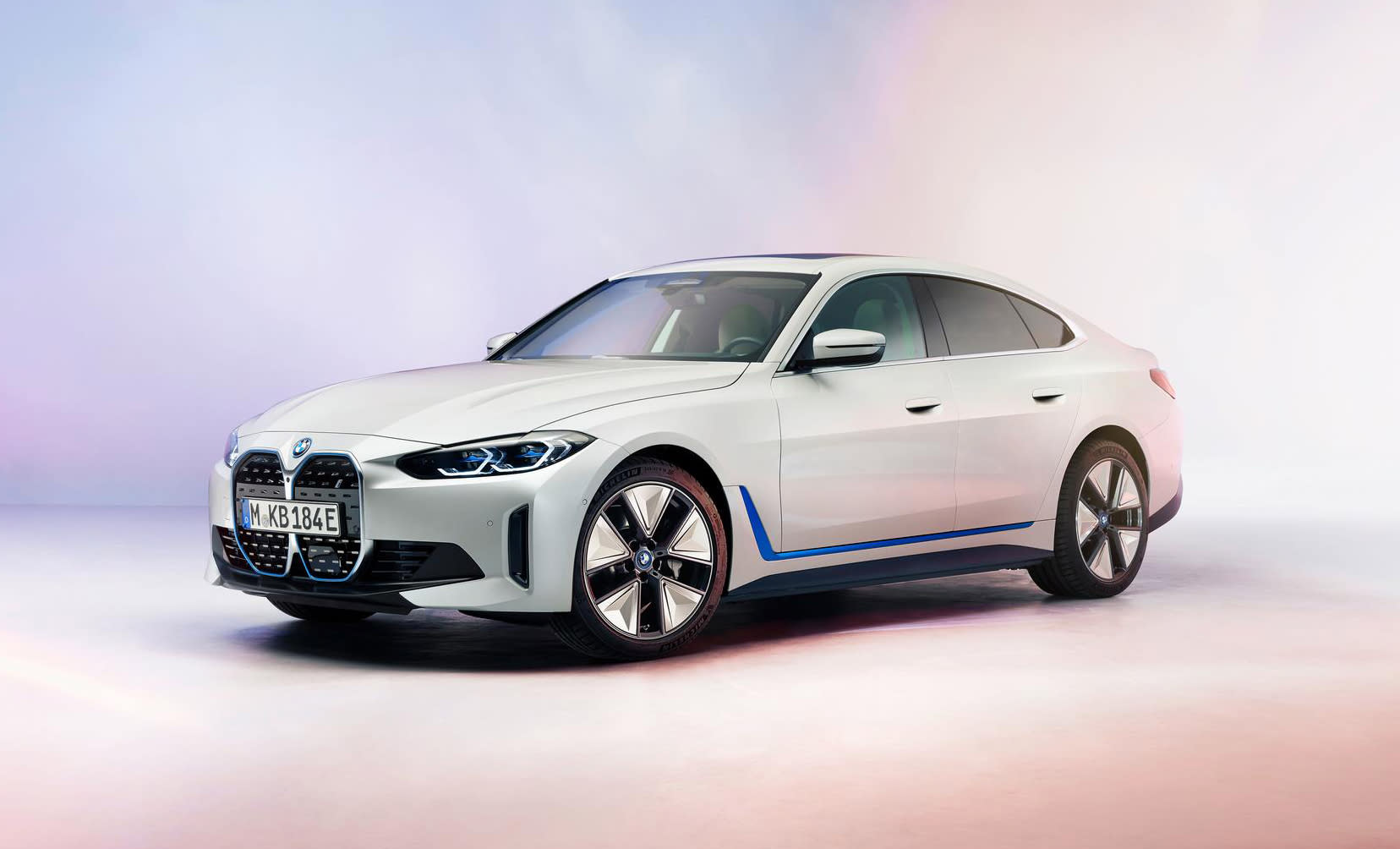 BMW offers a first look at its production i4 electric sedan

It's keeping the humongous front grille.

After showing off a concept last year, BMW has unveiled the final version of the i4. Slated to enter the market this year, the sedan will essentially be an electric take on the 3-series with similar styling and dimensions. BMW also announced that it will launch an M Performance version of the i4, also set to be released in 2021.

The i4 looks much like a 2021 BMW 3-series model, albeit with slightly cleaner lines, splashes of blue color to denote its electric nature and a much larger (some might say too large) front grille. The company has also differentiated the i4 from the 3-series with different (better, I think) headlight and taillight designs. Overall, it's a more harmonious design, apart from that weirdly oversized grille.

Gallery: BMW shows off its production i4 electric sedan for the first time | 5 Photos

BMW didn't show the interior of the car and only shared some of the specs. As with other recent EVs from the likes of Hyundai, the i4 will be available in different configurations with up to 530 horsepower (390kW) from a single motor. That should propel it from 0 to 60 MPH in about four seconds — not Model S Plaid territory, but still very respectable. (The M Performance version might be quicker, but BMW didn't reveal any details about that model.) The i4 is supposed to have up to an 80 kWh battery, which should allow for about 300 miles of range.

We also learned earlier this week that the i4 will use a new version of BMW's iDrive AI-powered software, personal assistant and infotainment platform. That will include BMW's new 12.3-inch Curved Display, personalized driving modes and infotainment settings, improved navigation ETAs and even a system that can predict your climate control needs.

BMW also released more details on its electrification plans, which are modest compared to automakers like GM and Volvo. It plans to sell at least one EV in 90 percent of its markets by 2023 and deliver 2 million EVs by the end of 2025. By 2030, BMW expects half its new vehicles to be fully electric.

As it stands right now, BMW still has few fully electric cars including the i3, a model we first saw way back in 2011. Much like Honda, BMW was once ahead of the game in electric car development, but has long since squandered that lead. The i4 will be a great way for it to get back on track, given the promising specs and popularity of the similar 3-series. However, its success will depend on the price — hopefully, we'll know that soon.