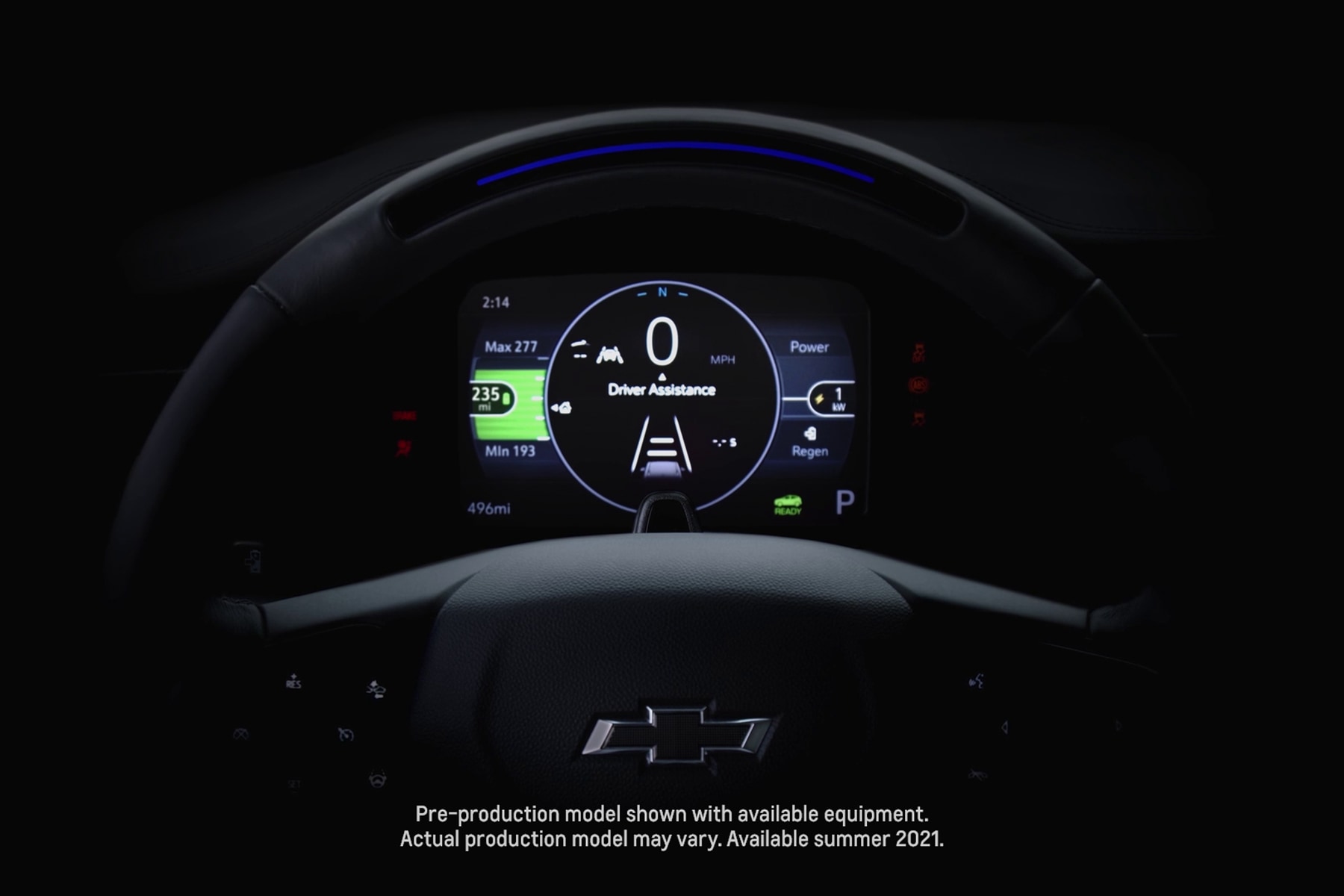 General Motors is almost ready to unwrap its revamped Bolt vehicles. Today, the automaker — which just unveiled a new EV-inspired logo — released a frustratingly short teaser and confirmed that two models will be formally revealed next month. One is a refreshed version of the classic Chevy Bolt, while the other is an “EUV,” which apparently stands for Electric Utility Vehicle. (In reality, that means some kind of crossover SUV.)

We’ve known about the pair for some time: both were referenced as part of a GM event in March last year. The standard Bolt EV was supposed to come out in late 2020, but was pushed back due to the “current business situation,” better known as the ongoing coronavirus pandemic. The Bolt EUV, meanwhile, was always scheduled to come out in 2021. The latter will ship with Super Cruise, a driver assist system that GM already offers with various Cadillac models. (The feature will also be coming to select GMC vehicles.) Today’s video teaser shows the steering wheel on the Bolt EUV and a screen in the background with the words ‘Driver Assistance.’

As Car and Driver explains, Super Cruise is a hands-free system that relies on a multitude of sensors and LIDAR mapping data. The obvious parallel is Tesla’s Autopilot system. According to Consumer Reports, Super Cruise currently has the edge. Tesla has built a reputation, however, on its ability to continuously update the software inside its EVs, leveraging the real-world miles completed by its ever-growing community of drivers.

In this article: Chevy Bolt, EV, Super Cruise, EUV, GM, ces2021, Chevy, news, tomorrow
All products recommended by Engadget are selected by our editorial team, independent of our parent company. Some of our stories include affiliate links. If you buy something through one of these links, we may earn an affiliate commission.