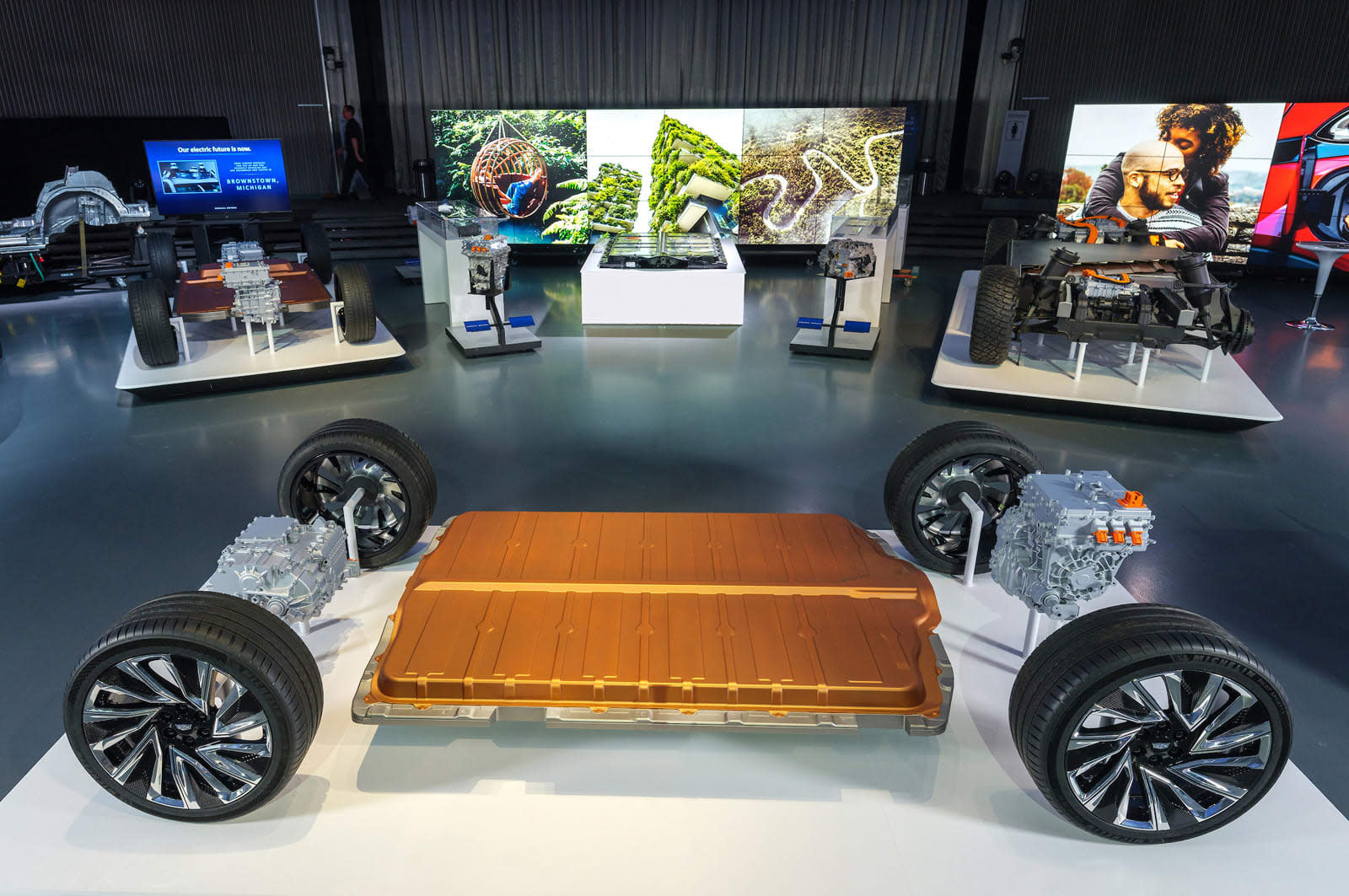 The success of an electric car frequently revolves around its batteries, and GM is determined to have some of the best. It just revealed new Ultium batteries that it claims will deliver the range and performance to make EVs practical for "nearly every customer." Their pouch-like cells can be stacked both horizontally and vertically, allowing GM to cram more storage into a given space and accommodate a wide range of vehicles. The batteries can range from 50kWh to 200kWh, or enough to deliver as much as 400 miles of range and 0-60MPH in 3 seconds -- conveniently, the same acceleration as the upcoming Hummer EV.

Ultium batteries will normally support up to 200kW fast charging (slower than Tesla's 250kW Supercharger V3, if still quick), but there will be 800-volt packs for trucks that will handle 350kW charging. They'll be low-cobalt designs that are both cheaper than before (under $100 per kWh) and should raise fewer concerns about the labor required. Between the lower costs of the batteries themselves, the reuse of existing facilities and simpler car designs, GM expects its next wave of EVs to be "profitable" -- it'll have an incentive to sell them like any other car.

The self-driving Cruise Origin shuttle is GM's first announced EV to use Ultium batteries, but it won't be the last. You can also expect Cadillac to unveil an Ultium-powered Lyriq luxury SUV in April, while the Hummer EV will unsurprisingly use the tech as well. Not that GM is sitting tight otherwise. It's planning a new version of the Bolt EV for late 2020 and the crossover Bolt EUV for summer 2021.

To some extent, the company doesn't have much choice. Tesla has long claimed range as a central advantage, and it's already getting nearly 400 miles from the Model S and X. If GM wants to be competitive, it'll have to offer comparable abilities. And it's not like other rivals are standing still -- just ask Ford about the popularity of the Mach-E's long range option. In that light, Ultium is less of a technical edge and more of a necessity.

In this article: battery, bolt, bolt euv, cadillac, electric car, electric vehicle, ev, gear, gm, gmc, green, hummer, hummer ev, lyriq, tomorrow, transportation, ultium
All products recommended by Engadget are selected by our editorial team, independent of our parent company. Some of our stories include affiliate links. If you buy something through one of these links, we may earn an affiliate commission.